Could the answer to this question be the just announced tax deal and the so-called "doc fix"? 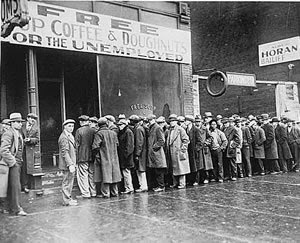 Here are the arguments that might be made for why these two separate actions by the lame duck 111th U.S. Congress might have succeeded in spiking the job market in 2011.

First, we'll consider the tax bill compromise between the Obama administration and the Republican minority in the U.S. Congress. The bill, at first glance, would appear to contain a number of provisions that would tend to promote job creation, but not as much as you might think on first glance, such as:

Just based on the tax bill compromise, we would expect to see some improvement in the job market in 2011, even though we suspect it will be mostly temporary. Unfortunately, the "doc fix" measure, which is intended to prevent a deep cut in Medicare doctors’ payments in 2011, which would otherwise lead many to drop Medicare patients from their care, also creates an extremely powerful disincentive for an unemployed worker to accept any new job before the end of 2011:

The deal on the table would change how much money consumers would have to repay if their income status changes mid-year, pushing them out of the eligibility bracket. For instance, someone who qualified for a subsidy because he was unemployed in the first half of the year may have to repay a large portion of that subsidy if he finds a job.