In the 1980s and 1990s, General Electric (NYSE: GE) was led by one of the most influential corporate chiefs in American history: Jack Welch.

Throughout his tenure, Welch maintained a tight focus on improving the profitability of each of GE's business divisions. His goal was that GE would either be the most profitable or the second-most profitable company among all competitors in each of its business segments. To that end, he earned the nickname "Neutron Jack" for how he dealt with the poorest performing divisions and managers within the conglomerate, as he stopped money-losing operations by exiting non-profitable businesses either by closing divisions or selling them and by firing the lowest performing 10% of the company's managers each year.

By the time he retired from GE's CEO position two decades later, GE had been transformed from a bloated conglomerate into one of the most successful and profitable companies in the world. Its manufacturing and technology-oriented businesses had grown to become industry leaders and the company's expansion into the financial industry had also been enormously successful, for which Welch was enormously well compensated. 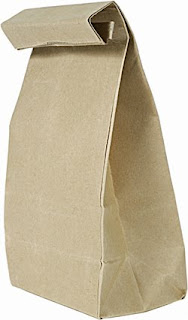 And that's when GE's fortunes permanently changed for the worse, although it would be years before anyone would realize it. Because Jack Welch's successor, Jeffrey Immelt, couldn't compete his way out of a wet paper bag to real success by comparison.

To understand why, we'll need to consider the findings of new academic research into CEO compensation.

Here, Partha Mohanram and Sudhakar Balachandran had asked the question "Are CEOs Compensated for Value Destroying Growth in Earnings?" To answer the question, they tapped the Execucomp database, which tracks the compensation of business executives at some 1500 publicly-traded companies.

What they found is that corporate boards too often reward CEOs too generously for generating the wrong kind of growth from the perspective of creating real shareholder value. Here, many CEOs are effectively being overcompensated by focusing on generating "easy" profits through investment-related growth at the expense of improving the real profitability of their business operations.

Over time, the incentives for higher compensation leads executives to favor investment-related activities too strongly over working to achieve the more organically-generated growth that results from improving their business' real profitability. That leads to substantial losses of shareholder value when the investment climate turns stormy.

In a nutshell, that's what has happened to GE under Jeffrey Immelt's tenure. The financial arm of the company, GE Capital, grew to dominate all its other business segments, as this single division grew to represent 39.5% of GE's total revenues and 42.1% of its total segment profits by 2007.

That worked all the way up until the bubble for easy profits to be made through investment activity in the U.S. popped in 2008 and the investment climate turned nasty. Through 2009, GE Capital's share of GE's total revenues had dropped to 32.6%, while the division's share of total segment profits plunged to 12.1%.

Soon after the bubble popped, mounting losses from GE Capital's lending activity caused GE's earnings to plunge, with share prices following as the market adapted to the loss of value resulting from the consequences of Immelt's too-long misplaced focus on generating "easy" profits through investment activity. Ultimately, even Jeffrey Immelt's compensation followed suit as the company's declining situation forced him to decline bonuses and as the value of his stock awards has fallen. (Note: Immelt's has continued to receive his annual base salary of $3.3 million.)

But that's not all. GE's fiscal situation deteriorated so much in 2008 that it required massive bailouts from the federal government to stay afloat. Beyond that, GE has moved to scavenge itself to raise cash, seeking to sell off several highly-valued business divisions to competitors, sometimes at significant losses.

Even the kinds of business that GE now pursues are perhaps best characterized by their likelihood to receive either special protection from competitors or subsidies from the federal government, relying on close connections to politicians rather than real competitive ability to win new business. For example, in December 2010, GE announced that it would invest in developing high-speed rail technologies. On 8 February 2011, Vice-President Joseph Biden announced that the U.S. government would spend over $53 billion over six years to build high speed rail systems and infrastructure in the U.S. 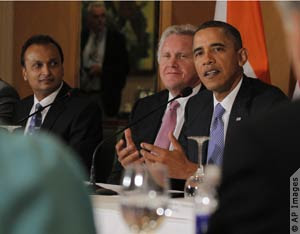 That $53 billion should really be considered yet another bailout for GE, as the company's high-profile entry into the field combined with the newly announced government subsidy program would seem to be designed to guarantee the company a portion of the revenue to be provided from the federally-funded boondoggle at the expense of competitors, not to mention more economic, efficient and effective methods of transportation for people between cities (aka "every other form of transportation").

Real companies that aren't basket cases don't pursue business strategies whose success hinges on government mandates, protections and subsidies, much less that rely upon fulfilling the outdated visions of dimwitted politicians and bureaucrats. Instead, they focus on improving the profitability of what they do so that both their shareholders and their customers are happy, which is what creates real value for everybody involved.

That kind of focus just happens to be what GE has been missing from its top leader now for more than a decade. Which perhaps may be what Immelt was really trying to confess to the company's shareholders in describing recent times at GE as "The Decade from Hell".

Disclosure: Ironman, as your ecomagination might already tell you, holds no position in GE.