In April 2009, we began keeping track of how accurate all of our predictions have been since January 2008, providing updates for our readers once a quarter ever since. Today, that comes to an end, as we've now completed our two year long experiment in publicly forecasting future economic and market events and reporting the results. 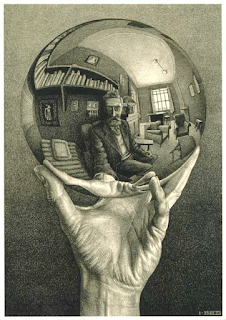 During that time, we've measured the accuracy of our predictions using one of the most unforgiving metric ever developed for measuring performance: the plus-minus statistic from hockey and basketball!

Using this system, we gain a point if we're right, lose a point when we're wrong, and score a zero for when the outcome of a prediction either cannot yet be determined or, in the case where we make multiple predictions, when we have contrary results that cancel each other out. And like a game of horseshoes, close doesn't count where near misses are involved!

In January 2011, our recorded plus-minus score stood at +38. Here's how we stand today for all the predictions we've made through our final public prediction at the beginning of April 2011 or for which we are still waiting to discover the outcomes:

By our final tally, we've made a total of 124 predictions since January 2008 and we're still waiting to find out the outcomes of eight. As for being off or on target, we've been off target on 37 occasions and on target for 79, giving us a plus-minus score of +42 overall. Our overall prediction accuracy rate is 68.1%, which is what you get when you divide our 79 hits by the 116 predictions where we've been able to establish the outcome and convert the result to a percentage.

But now, there's the little matter of how we compare to others, which we'll post soon to complete the grand finale for our forecasting series!