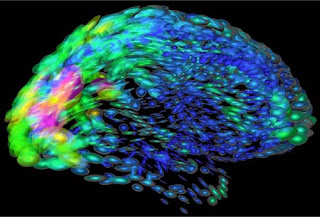 Once upon a time, we were referred to as the "brain trust over at Political Calculations". From that moment on, we've always referred to ourselves as "we", not because we have some royal delusions of adequacy, but because we recognized that it was true. Political Calculations is a genuinely collaborative effort involving some of most intelligent and insightful people alive today, whose various contributions to the posts that appear here and elsewhere around the Internet ought to be acknowledged.

A lot of them are people who simply blogged about problems they solved in their everyday lives. Some of them are our regular readers, who asked some good questions that we couldn't resist answering. Others are among the top professionals in their fields. They make us possible!

The best part? Many of them have absolutely no idea who we are! And that's the way we like it, but if you must know more about us, you might start with our online profile, because it's all true....

Now, that's us, but what about you? What if you had your own brain trust, where you knew that everyone in it was truly one of the top people in their lines of work? People who have devoted years to what they do, and because they have, could answer almost any question you might ask them. Wouldn't that be pretty cool? 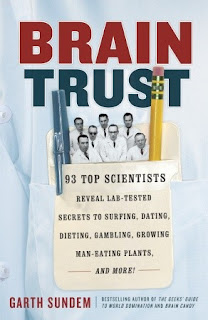 It so happens that Garth Sundem, for many practical purposes, "one of us", has assembled his own brain trust and asked them almost anything!

The results of that effort have now been published in the new book Brain Trust.

In it, Garth shares what he learned after asking some 93 scientists the secrets to things like how to surf better, how to grow a man-eating plant, how to go about bribing a police officer to get out of a ticket, and how to build a world-record paper airplane. Oh, and how to get a job, along with getting their dating and dieting tips!

And perhaps most intriguingly for some of our readers - which lotteries in the U.S. are worth playing?

But it's the people he asked who make up Garth's Brain Trust. They're not just your ordinary, everyday, run-of-the-mill scientists, but Nobel prize winners and MacArthur "geniouses". People who have been awarded real medals for science.

Who are they? Well, they're people with whom we might be collaborating someday or have already, so we won't say. If you really must know though, the book is available through Amazon.

Highly recommended. You can tell them that the "brain trust over at Political Calculations" said so!

Our Reviews of Other Books by Garth Sundem