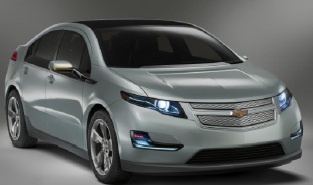 In mid-2008, General Motors was a failing company. Unable to unload their product line of gas guzzlers, the wrong cars and trucks to be trying to sell at a time of record high gasoline prices, the company's high union-driven labor costs were combined with the extremely high pension and health care costs it had awarded its unions in better times, the company was quickly heading for bankruptcy and quite possibly for liquidation.

In that environment, GM decided to bet big on a new mass market production car, one that could deliver 50 miles per gallon - more than double the mileage of the average vehicles of its product line - and it would bring it to market in 2010, making a technological leap in the process: the Chevrolet Volt.

From Failure to Federal Entity

And then, General Motors, as it was, failed. In December 2008, the company's management and its unions sought and received a special bridge financing from the federal government which would provide a cushion of time during which the company would attempt to restructure itself before becoming insolvent. 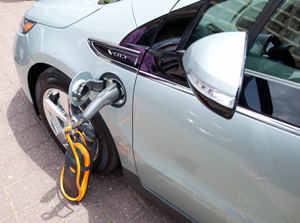 In the restructuring that followed, GM closed plants, dealerships and shut down entire product lines as it laid off many of its employees. Yet the Chevy Volt, with its "green" imprimatur that augmented President Obama's willingness to spend billions of dollars to back various risky "clean energy" technology initiatives as part of his 2009 economic stimulus bill, was given the green light to go forward into production, even though it was clear that it would face a difficult path to market success in a recessionary economy.

After the Chevy Volt was introduced, it was declared to be 2011's Car of the Year, in both the United States and in Europe.

Declared by many in the press to be a innovation revelation, a "pioneering" automotive engineering and computer programming achievement. An primary electric battery-powered automobile that can travel solely on electricity for up to 50 miles before switching to a backup gasoline-powered motor, meaning it burns very little gasoline and emits very little pollution into the environment. A car whose electric battery can be recharged overnight by plugging it into a regular wall socket or very quickly using a special recharging station.

And yet, hardly anybody seems to want to buy it, even though its $39,995 sticker price can be offset with a special $7,500 federal tax credit, which would lower the basic price of the four door sedan for consumers to $32,495, making it very competitive with other vehicles in its class. With sales so far below expectations, the Chevy Volt should be headed off the market, given that its production numbers are worse than the all-time automotive flop that was Ford's Edsel. And yet, there are two unique entities, aside from General Motors, that are determined to keep it afloat: the U.S. federal government and General Electric.

Stacking the Deck for His Favorites 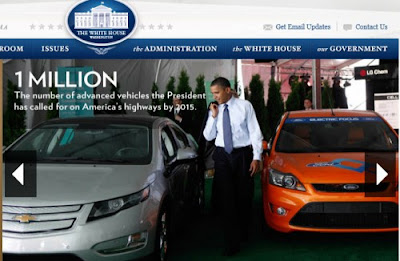 By contrast, the average new vehicle fuel economy in February 2012 was 23.7 miles per gallon. Unless automakers like GM produce vehicles like the Chevrolet Volt in mass quantities and in very short order, they will have to pay large penalties to the federal government based upon how far below the fuel economy standard that their vehicles fall. As an established product on the market today, the Chevy Volt stands to benefit from the President's Obama's fuel economy mandate.

More interesting though is General Electric, itself a major federal bailout recipient in 2009, and a company whose nearly every product relies upon the federal government's contracts, mandates, subsidies and other support for its revenue.

Unable to compete in the marketplace independently of such government assistance, GE relies upon its close contacts with federal officials to sustain its revenues - using its influence to lobby for favorable legislation, affect regulations and their enforcement, and also to create special tax breaks from which it benefits.

That level of influence was kicked up a notch during the Obama administration as GE's CEO, Jeffrey Immelt, became a close adviser of President Obama, serving as the chairman of the President's Council on Jobs and Competitiveness.

Here, just months after the Volt had a major setback with a number of vehicle fires, General Electric announced in February 2012 that it would acquire nearly 12,000 Chevy Volts by 2015, and the sudden surge in sales for the Chevy Volt in March 2012 likely reflects a large number of GE managers and employees purchasing the car.

GE's motivating factor in supporting the Chevy Volt at such a critical time is fairly transparent. GE collects 10% of every dollar invested in electric vehicles.

On a side note, the ever-tax credit conscious company would also cash in on the $7,500 federal tax credit for each of its Chevy Volt purchases. For the full total of 12,000 Volts that GE has indicated it would purchase by 2015, the company will receive a total of $90 million back from the federal government. The gains for the company would be only greater if President Obama's 2012 budget proposal to increase the tax credit to $10,000 had gone anywhere.

GE then has a very direct stake in making sure the Chevy Volt succeeds in the market. If the Chevy Volt flops, a political change in Washington D.C. could derail President Obama's mandated fuel economy standards that are critical to GE's current business strategy.

As your "ecoimagination" might tell you, GE CEO Jeffrey Immelt is a major fan of automotive fuel economy standards, and since he has clearly had the President's ear, he has every incentive to use his special connection to push for standards that would force the adoption of the products GE manufactures. And if that means buying up to 12,000 Chevy Volts over the next three years to help keep its production line from permanently shutting down, and helping President Obama avoid the embarrassment of yet another green energy failure in the process, all the better for business in the Crony Capitalists Club.

Whether or not any of that is in the best interest of regular Americans is another matter. Clearly, despite President Obama's wishes that they should drive Chevrolet Volts, they are so far very determined to not do so.

It would be one thing if it were only GE, GM and individual American consumers who were involved, but under President Obama's federal government, every American taxpayer is being forced to contribute to all this waste for no meaningful purpose other than benefiting the members of the club. Instead, we find that the time, effort and resources being devoted toward putting Americans in Chevy Volts is proving to be economically destructive, especially when you consider that just about anything else would be a better use of these scarce resources.