Payscale.com analyzed the data in its online salary database and has revealed the college degrees that go along with the jobs that have the lowest median pay for their respective career professionals in its 2012-13 College Salary Report. Note - these figures represent the typical annual combination of pay, bonuses, commissions and profit sharing earned by people who have been successful in working in these fields for at least 10 years and were willing to participate in Payscale.com's survey, which means the reported median incomes will likely be inflated above each field's actual median incomes....

So what possesses people to take out big student loans to go into professions like these that offer such little compensation? Payscale.com offers the following insight:

"According to our research, people in these majors typically believe their work makes the world a better place," says PayScale’s lead analyst Katie Bardaro. 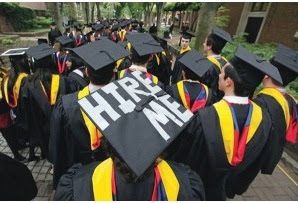 To translate, the people in these majors are perhaps so disconnected from reality that they do not recognize that the reason their trades provide so little return on their educational investment is because they really do not require unique ability, which is why society does not reward them with greater compensation.

These people are then exploited by the higher education establishment, which really does know better, but can't help noticing that these same people are willing to pay nearly the same amount of money for their college degrees as do people in careers that society values a lot more.

And let's not forget the role of the U.S. federal government in guaranteeing and issuing student loans, which has its own ulterior motives for pushing higher education that offers little real benefit to society.

Say what you will about the careers that go with the degrees above, but at least many of the people who pursue these degrees might actually get jobs in their fields of study, if only low paying ones. Kiplinger's Caitlin Dewey takes things several steps further and identifies the college degrees in Payscale.com's database that combine low pay with high rates of unemployment for their graduates!

Also, this isn't just an American phenomenon. Don't miss this perspective by a recent PhD graduate in Britain who complains that the "real world" doesn't understand or appreciate their skills.