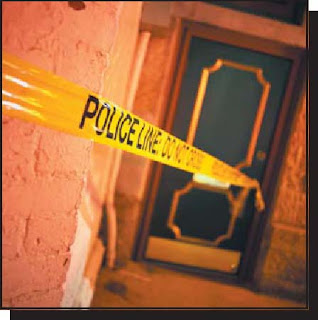 In the wake of the Newtown school massacre, we've noted a strong uptick in our site traffic by people wanting to find out how different the U.S. might be if the nation adopted Canada's much more restrictive firearms laws. This post gathers all our analysis on that topic from 2011 in one place.

We examine the FBI's data on the race of victims and their killers. We find that the vast majority of offenders prefer to kill their own kind (that evidence is borne out elsewhere, where criminals also seem to prefer killing other criminals!)

We want to compare the U.S. and Canada's murder statistics, but find we can't do a direct comparison because Canada is significantly lacking in two things the U.S. has in much greater quantities: blacks and Hispanics!

We work out how to get around Canada's demographic deficiencies in reporting its homicides to be able to directly compare the populations of both nations.

We determine the real difference in the number of homicides per 100,000 people between Canada and the most demographically-similar-to-Canada portion of the U.S. population.

This is the one post that has drawn the most attention since the shootings in Connecticut. We break down the number of homicides per 100,000 by method for Canada and the most demographically-similar-to-Canada portion of the U.S. population, finding that Canada's much more strict laws regulating firearms "saves" about one life for every 100,000 people, although Canadian homicide offenders have adapted to the lack of firearms available to them by making murder more brutal.

We find that there's an additional price to be paid for saving that one life for every 100,000 people with strict gun control laws. It turns out that after adjusting for the major demographic differences between the two nations, Canada is a much more violent place than is the U.S. (Ed. At least Canadians are polite, eh? Just don't cross them....)

Do Canada's stricter gun-control laws reduce the number of suicides per 100,000 people compared to the U.S.? We find the answer is not at all....

Update: Doc Palmer picks up on a report that indicates the U.S. is also much less violent than the U.K., Sweden, Belgium and Holland - all places that also feature much more restrictive gun laws than does the U.S....