Before we get to the end of this post, we're going to leave you in limbo. In more ways than one. Let's get to it, shall we?

The U.S. stock market, as represented by the S&P 500, is continuing to behave almost exactly as expected. Through last Friday, 15 March 2013, investors remained focused on the future as defined by the second quarter of 2013, and the rally in stock prices began to slow. Here's an excerpt of the story we foretold weeks ago, as just told by Reuters:

Stocks have soared in 2013, with the Dow .DJI climbing almost 11 percent to hit a series of new all-time highs while the S&P 500 .SPX has jumped 9.4 percent, falling just short of its all-time closing high after rising for 10 of the past 11 weeks. And yet, analysts for the most part see equities as fairly cheap.

The rally has slowed, however. In the last eight trading sessions, the S&P 500 has managed a daily gain of more than 0.5 percent just once.

Let's see how that played out on our chart showing the change in the growth rates of stock prices and the expected level of dividends in future quarters, which addresses some of the why's of what has happened in the U.S. stock market: 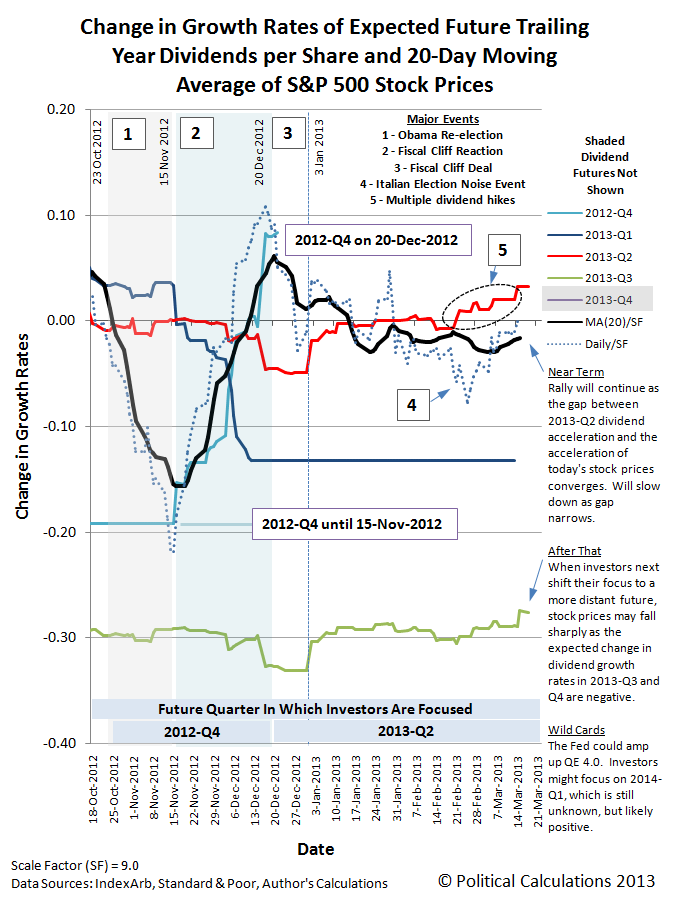 Right now however, the market is in a state of limbo. Not so much the boundary at the edge of hell, so much as we are now in a period where one future has ended, but a new one has not yet begun.

At present, we expect investors to remain focused where they are at present, on the future as defined by the dividend futures contract for the second quarter of 2013. At least, until they are compelled to look to a more distant future in setting their expectations while setting stock prices. When that happens, we expect many investors might wish for a return to the current state of limbo....

In the meantime, we thought it would be a good idea to update our detailed chart showing the current state of order in the stock market: 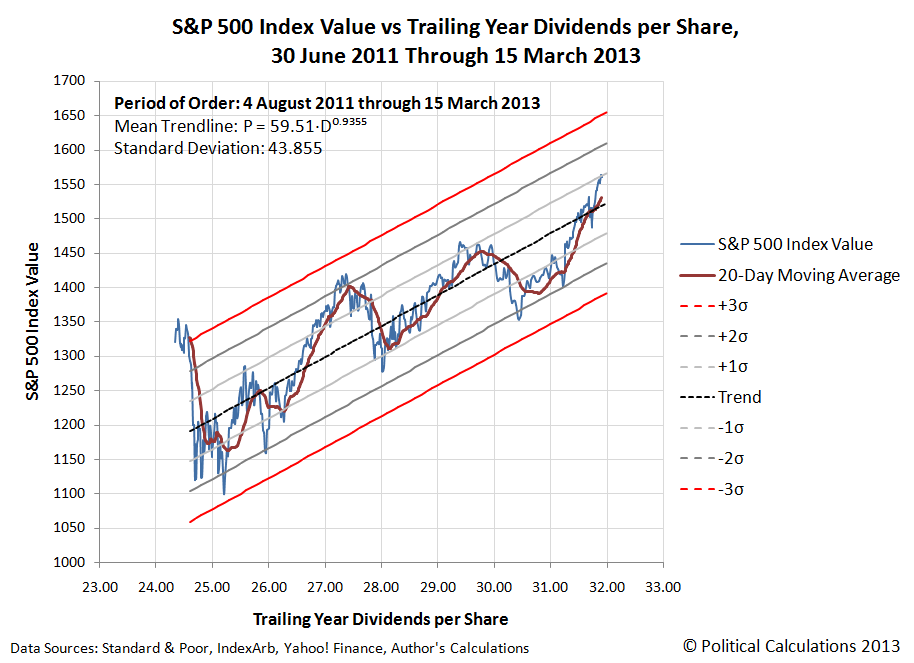 Going by this chart, a 150-point decline in the value of the S&P 500 would be a very clear sell signal - just in case anyone is considering setting up a pretty generous stop-loss order so they don't have to hover over their stock tickers. Please note that we're not saying that such a change is imminent and we note that there are some wild card factors at play in the market today that reduce the odds of such a thing happening to less than a 100% probability. Our policy however is to point things like this out when it matters most: when you still have time to figure out what actions you might need to take in response to such an event, just in case you might suddenly have such a need.

However, if you're the type of investor who believes in "reversions to the mean", we've just shown you enough to make you very nervous. We're afraid that you cannot be helped....

And because it will be extremely relevant to news that we are going to break on 19 March 2013, here is an updated version of our chart showing the various periods of order and chaos that have prevailed in the U.S. stock market since December 1991: 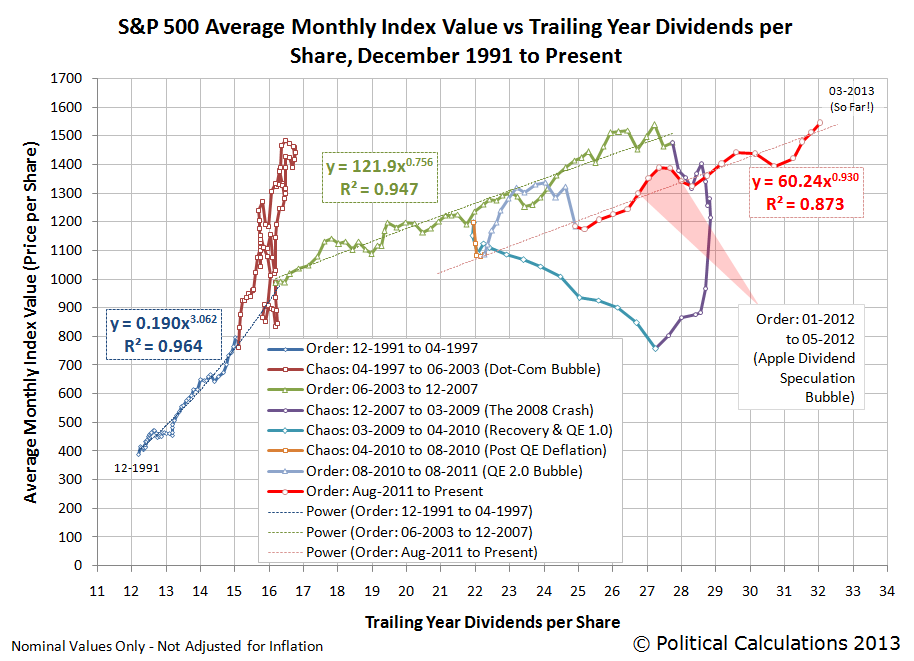 As for the news that we are going to break, it might very well affect your investment outlook, because it will represent a new wild card factor for you to consider. For what it's worth, that point at the very top of the dark red section of the chart above identified as "Chaos: 04-1997 to 06-2003 (Dot Com Bubble)" is the one that is especially relevant, but not because there is any sort of bubble at work in today's stock market (really - we don't believe there is much of any type of bubble at work in today's stock market at all.) We'll explain more later this week....

Update 8:50 AM EDT: Sharp-eyed readers will note that we didn't mention Cyprus in our commentary above. In our view, it's a noise event, but one that might appear to have an outsize impact considering where things stand in the markets today.