Now that we're well past the statistical anomalies associated with the timing of the Chinese New Year/Spring Festival holiday, the year-over-year growth rates of the value of trade between the U.S. and China indicates that China's economy has likely fallen back into recession, while the U.S. economy is growing, if sluggishly, through May 2013: 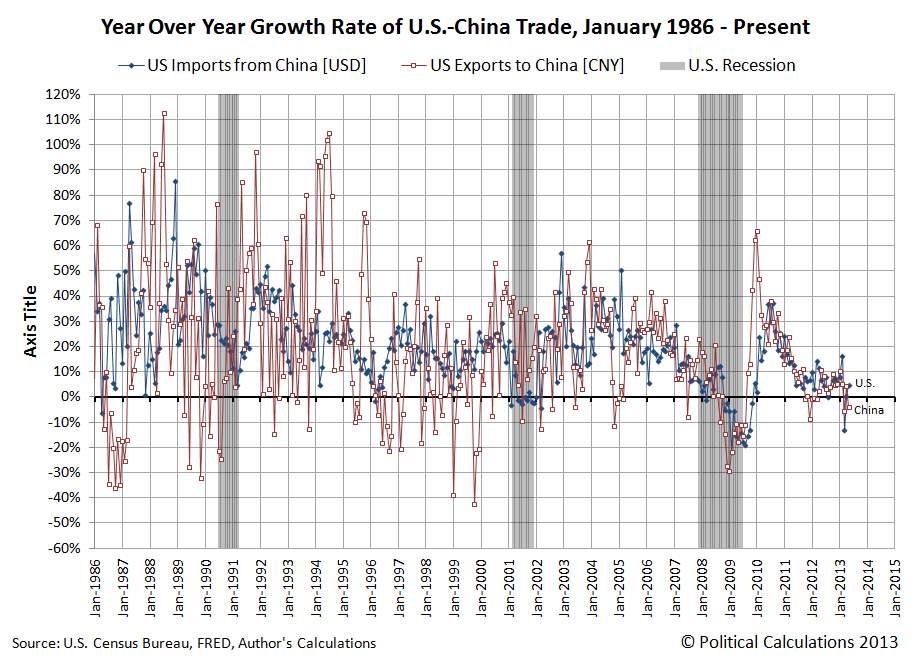