Political Calculations
Unexpectedly Intriguing!
11 July 2013
How Much Is Your Time in Traffic Worth? 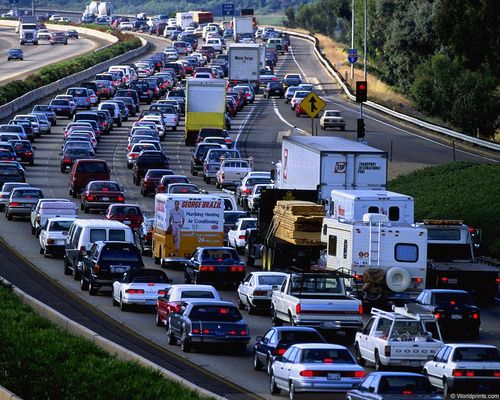 Suppose, for a moment, that the people who run your local government really cared enough about you and your fellow citizens to do something that might actually benefit you, by funding a fancy transportation project that could shave 13 minutes off your time while commuting once it's done.

Is it worth it?

The answer, at this point, is "it depends". And honestly, what it depends upon is what your and your fellow commuters' time is really worth.

That's why we've created the tool below, so you can see how much you're saying your time in traffic is worth if the project goes forward! Just enter the indicated data in the tool below, and we'll do the math....

All the default numbers in the tool above are taken from a federally-funded transportation project in North Carolina, which promised to spend $461 million to reduce the travel time of some 100,000 train commuters between Charlotte and Raleigh by 13 minutes a trip, which would bring their one-way transit time down to just under three hours. We then adapted the math developed by John Whitehead for determining the benefit-cost ratio for the project to estimate what value per hour saved per individual that the state's politicians were assigning to the primary declared benefit of the project. 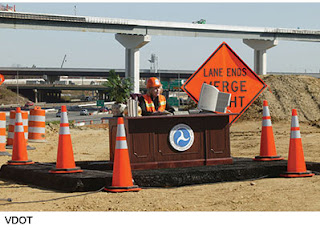 If that value is equal to or less than what you actually earn per hour, then the project is probably worthwhile for you. Keep in mind though that the median wage that Americans earn is about $13 per hour (see 2011's data here), while most Americans value their time while traveling at roughly 70% of the hourly wage they earn. That makes the real break-even travel time value for this benefit cost analysis come out to be about $9 per hour for the majority of Americans.

So if you're a member of the politician-developer industrial complex, that's the number you need to aim for in the projects you pursue. That is, if you really care about pursuing genuinely worthwhile projects for the people who live in your communities.

But then, we know you have other priorities....