According to the number of publicly-traded U.S. companies announcing cuts to their dividends, as of August 2013, the private sector of the U.S. economy has now fully exited the period of microrecession that it first entered in July 2012. 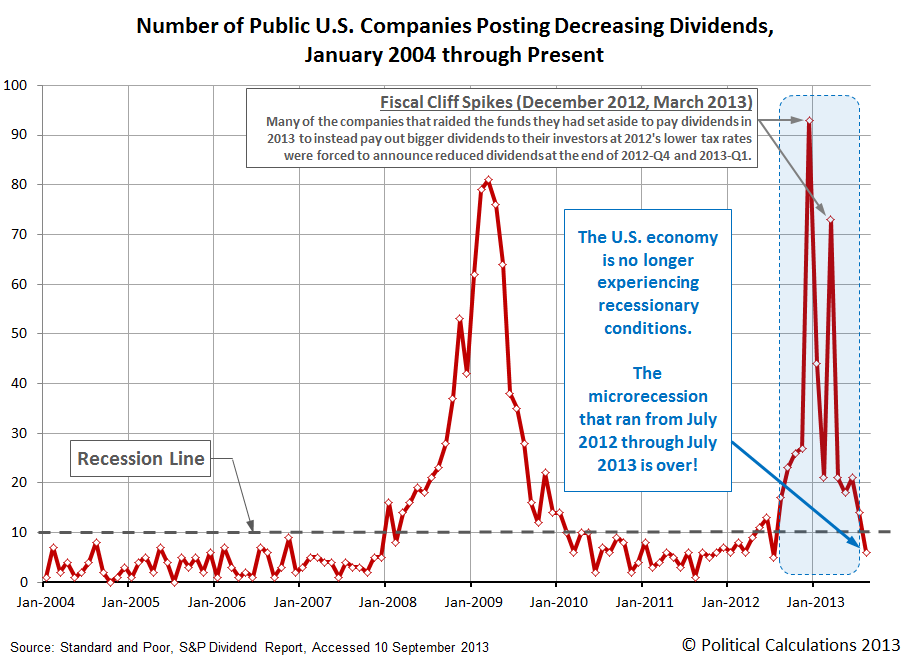 This new data confirms our call last month that the U.S. economy was exiting the recessionary conditions that had bogged it down since the third quarter of 2012.

Not uncoincidentally, this period of time also coincides with the Fed's latest quantitative easing programs. If not for the Fed's QE efforts, the U.S. economy would have experienced a full-fledged recession, rather than the more limited microrecession that it did. 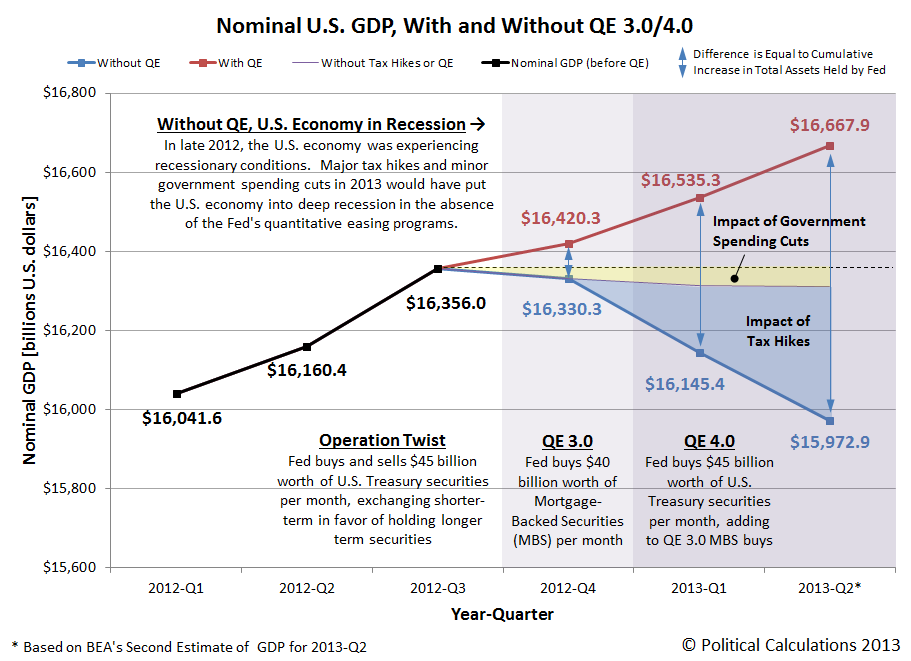 Now that the U.S. economy is leaving those recessionary conditions behind, is it any wonder that the Federal Reserve is ready to begin trimming back the acquisitions of mortgage-backed securities and U.S. Treasuries that make up its current quantitative easing programs?

If you're looking for something fun to consider, try answering this question: If the Federal Reserve had not intervened to avoid the effects of a full-fledged recession in the U.S. economy in 2012, would President Obama ever have been re-elected?