Political Calculations
Unexpectedly Intriguing!
25 November 2013
The Population of Turkeys in the U.S.

It's Thanksgiving week once again, and here at Political Calculations, that means putting aside all our regular analysis to instead focus on the centerpiece of the meal that will grace more dining tables on one day than any other: turkey!

We're going to kick off this week's festivities by looking at how many turkeys have been raised in each year from 1970 through 2013, which we've visualized in our first chart: 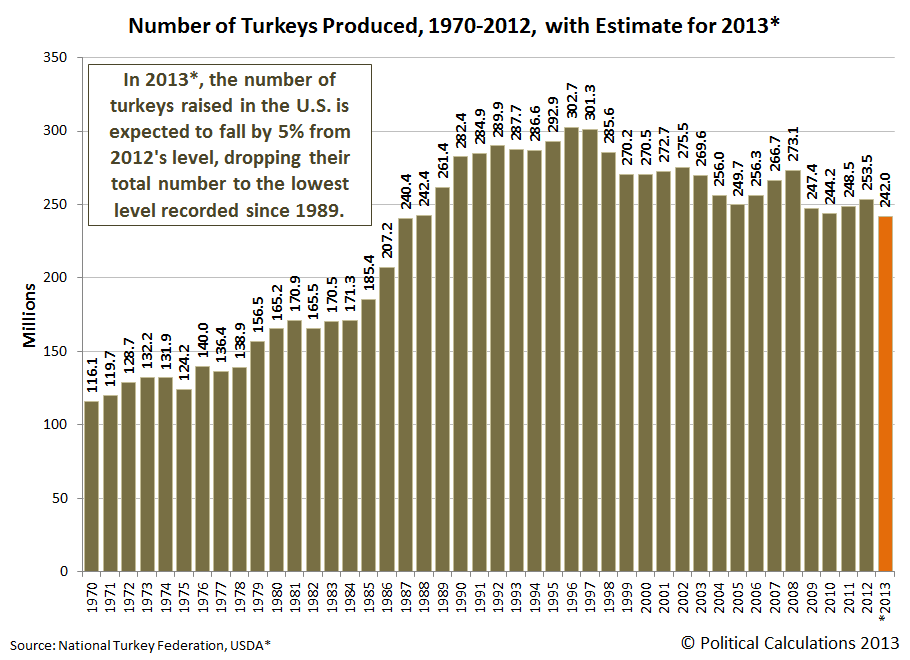 So what does 242 million turkeys mean in terms of the pounds of turkey headed for market? Stay tuned, as we'll weigh them all next! (Note: that link won't work until we get them on the scale sometime tomorrow!)