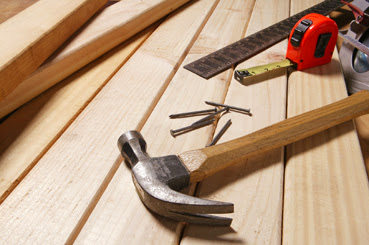 Nearly twenty years ago, we invented a small part of the Internet. Specifically, we invented a method that greatly automated the computer programming needed to put simple computational applications onto the Internet where they might be accessed by anyone with a personal computer or an Internet-capable mobile device. Today, the now much more sophisticated descendants of what we made easy to create are simply called "apps".

To make a long story short, we submitted a proposal to our employer at the time to patent our invention, which ultimately went nowhere. Not being in an Internet or computing-related business, they declined to file an application for our invention with the U.S. Patent and Trademark Office.

Ten years ago, we saw an opportunity to resuscitate our original invention and launched Political Calculations, where we would augment the analysis of current events with the kind of simple, yet specialized computational tools that our invention made easy to generate.

And that brings us to today, where we're not just celebrating our tenth anniversary, but also marking the occasion where if our employer at the time had applied for a patent for our invention, the term of the patent would now be expiring and entering into the public domain!

And, as an added bonus, today is also the day that the Khan Academy is encouraging people everywhere to experiment with creating computer code with its Hour of Code event!

So welcome to our Toolmaker's Tool - a stripped-down and simplified version of the invention that we've used frequently over the past decade to create many of the applications developed for the Political Calculations blog!

Our Toolmaker's Tool is designed to aid you in creating JavaScript-based math calculation tools. As such, you can take advantage of the math functions and built-in constants used in JavaScript. You may also take advantage of HTML code to help create your tool and its surrounding commentary.

By way of providing an example, we've entered some basic data for a tool that will calculate the future value of an investment, using the following formula:

Please feel free to overwrite this data to do your own calculations! Also, you are more than welcome to post any tool you create using this prototype on your own blog or web site, provided you retain the "Code created with the assistance of Political Calculations" text and link under your generated output table.

The Toolmaker's Tool is designed to make programming web-based computing applications as easy as filling out a form. Once you've organized the mathematical algorithm you'll use in generating your tool to identify your Constants (or Initial values), User Input Data, and Formulas - you'll probably find that you'll spend less time programming than you do writing the text around your tool! But, why wait to find out? Get started now....

Update 9 December 2014: Blogger made it a challenge, since our code ran in Blogger's draft status, but curiously, not after being published. We've solved that problem now, eliminating the last barrier between you and building your own online tools - it's all wide open now!

Update 8 December 2019: Google is making life difficult. We had previously solved the problem of making the underlying code by hosting it on Google Drive. Unfortunately, Google's evolution from Google Drive to Drive has broken the connection to make the Toolmaker's code work. We're working on a fix.

We're finding ourselves increasingly being pulled toward new and exciting projects. Unfortunately, we only have a limited supply of time, which means that something that we're doing currently has to give, and that something is going to be our regular workday posting schedule here at Political Calculations.

We're not going away, but we won't be posting with the frequency that we've established over the past decade. To best keep up with us, we recommend subscribing to Political Calculations' free RSS news feed through your preferred news reader.