We've been exploring data found in the U.S. Bureau of Labor Statistics and U.S. Census Bureau's Consumer Expenditure Survey, which has provided a window into the annual consumer expenditures of American households (or rather, "consumer units") since 1984. Today, we thought it was time to take a look at how the major categories of that spending has evolved over the thirty years for which we have data.

Our first chart shows the average annual amounts that American households spend on things like housing, transportation, food and alcoholic beverages, life insurance and pension savings (IRAs, 401(k), Social Security), health care, apparel and other consumer products and services, entertainment (including reading), education and also how much they donate to charitable organizations. 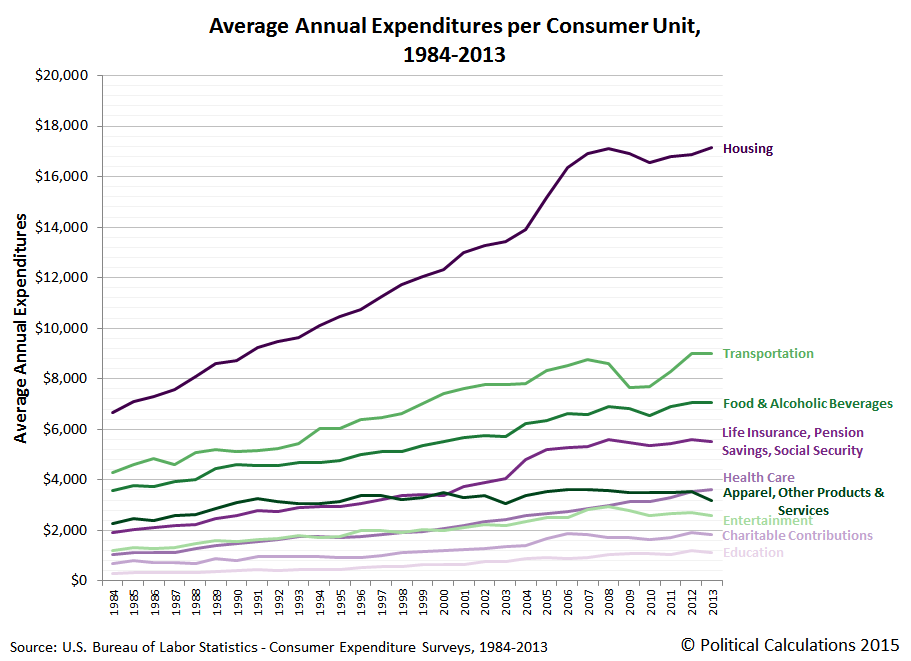 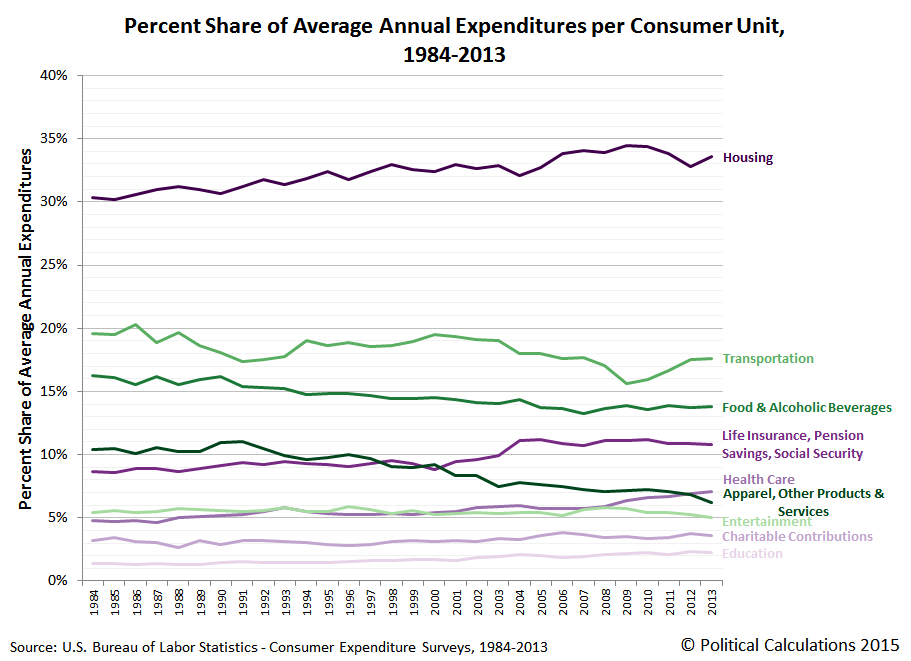 Because we've already demonstrated that in real terms, the total amount of money that the average American household spends on their annual expenditures has been essentially flat over the past 30 years, this chart reveals how Americans have shifted their spending over that time, increasing the share of money they spend on housing, life insurance and pension savings, health care, charitable contributions and education, while reducing the share of money the spend on transportation, food and alcoholic beverages, apparel, and other products and services, and entertainment.

Speaking of which, note the trends for health care and entertainment, which are nearly equal to one another from 1984 through 2008, but which diverge beginning in 2009. It is as if Americans are increasingly paying their increasingly higher health care insurance bills and expenses with money they might previously have spent on entertainment related expenditures, which means that the efforts of so many Hollywood celebrities to push Obamacare onto financially illiterate consumers has backfired on their industry.

Our final chart stacks these percentage shares to reveal how they fit into the whole of annual consumer expenditures for the average American household: 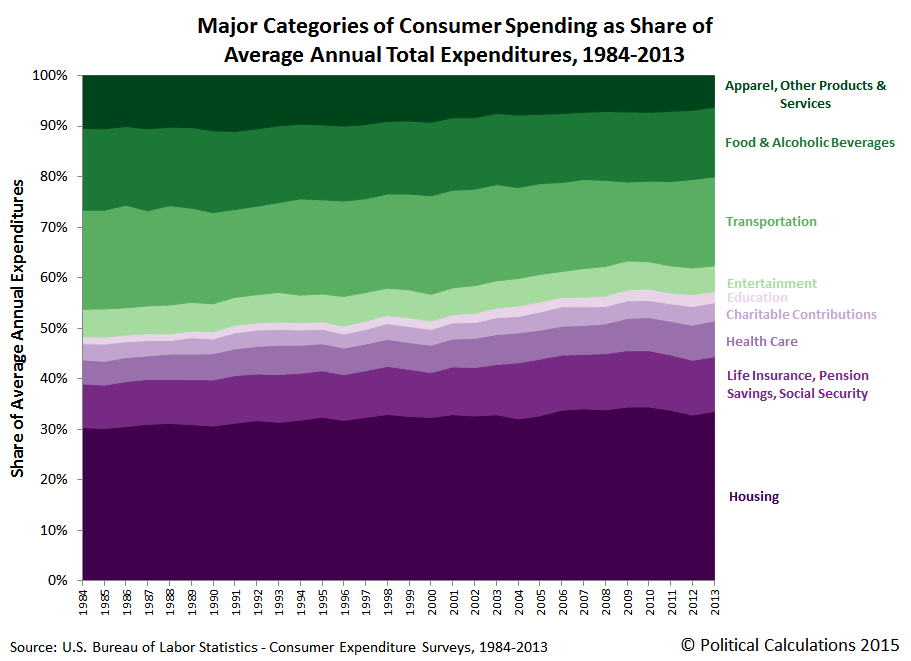 If you're one of those people (such as "Seeking Alpha commenters") who would like to see any the data we've presented above in real terms, you're welcome to do that math yourself. All you need is the data from the original sources we've linked above and the relevant Consumer Price Index data, which we've linked below, to do the math you want to do - it's super easy!