Every three months, we take a snapshot of the expectations for future earnings in the S&P 500 at approximately the midpoint of the current quarter. Today, we'll confirm that the earnings recession that began in the fourth quarter of 2014 has continued to deepen. 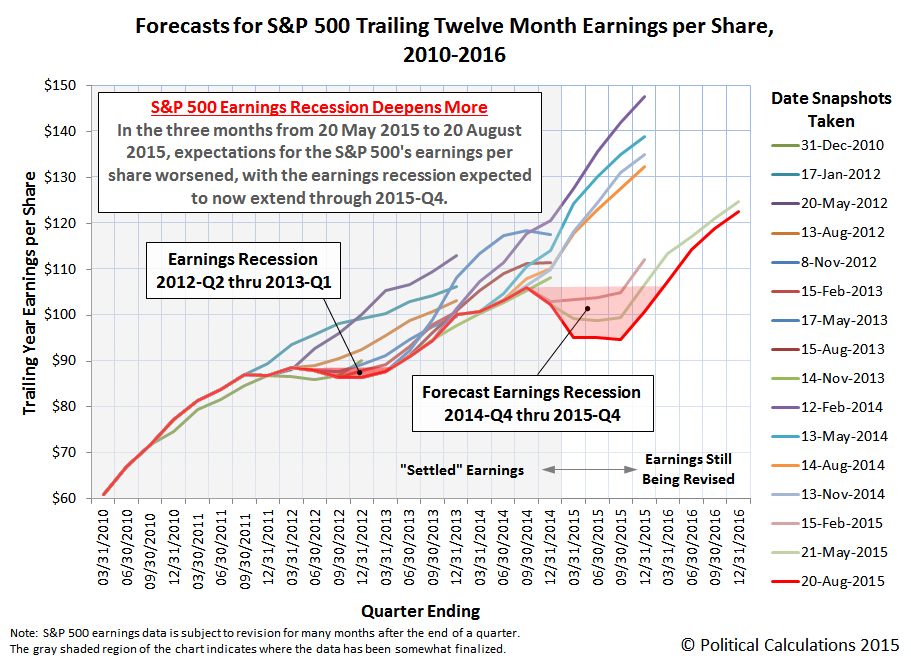 In the chart above, we confirm that the trailing twelve month earnings per share for the S&P 500 throughout 2015 has continued to fall from the levels that Standard and Poor had projected they would be back in May 2015. And for that matter, what S&P forecast they would be back in February 2015 and in November 2014.

Looking at year over year changes for the recently completed second quarter of 2015, the biggest decline in quarterly earnings per share from 2014-Q2 has been in the energy sector (-113.1%), followed by the materials (-22.5%) and information technology (-16.4%) sectors. There have also been smaller declines in telecommunication services (-9%), industrials (-3.7%), consumer staples (-3%) and health care (-1.7%).