The promise that Barack Obama for implementing his vision of health care reform in the United States was very appealing:

"I will sign a universal health care bill into law by the end of my first term as president that will cover every American and cut the cost of a typical family's premium by up to $2,500 a year."

It was so appealing, that he kept repeating it, over and over again, to anybody who would listen.

President Obama signed his vision of a universal health care bill into law on 23 March 2010. It went into effect in 2014. Our chart below shows the amount that all American families paid in health insurance premiums on average in each year from 2004 through 2014, with respect to the reference age of the family member who responded to the U.S. Census Bureau and U.S. Bureau of Labor Statistics' annual Consumer Expenditure Survey for each of those years. 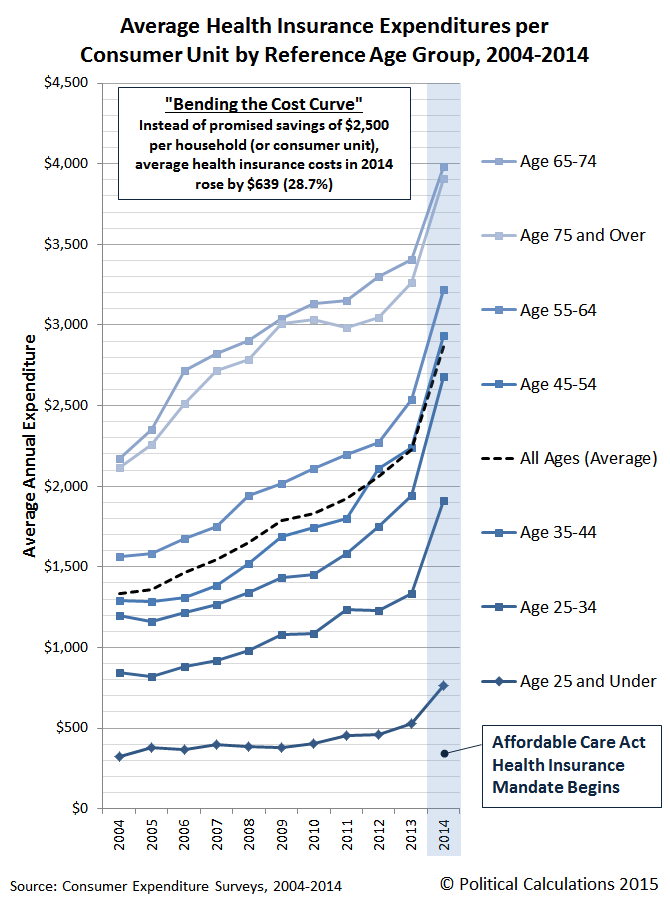 On average, the amount by which the typical American's health insurance premiums went up in 2014 over the previous year was $639, with the largest percentage increases being paid by the households led by the youngest Americans - the ones who could afford it the least.