Earlier this year, we broke the news that the Apollo Education Group (NASDAQ: APOL), the parent company of the University of Phoenix, had suffered a major setback with respect to its strategic plan to become a major provider of educational software. Three months later, we recognized that setback would lead to the likely sale of the company's Carnegie Learning division, whose math curricula-oriented products had become "damaged goods" in the eyes of the Apollo Education Group's leadership.

Last week, in the Apollo Education Group's fourth quarter earnings conference call, the company's interim Chief Financial Officer Joseph D'Amico confirmed that the company would be seeking to unload its damaged goods, almost immediately after being introduced by CEO Greg Cappelli (emphasis ours):

Thank you, Greg, and good morning, everyone. To recap our consolidated results, revenue in the fourth quarter decreased 14% year-over-year to $600 million. Net revenue for fiscal year 2015 was $2.57 billion, down from $3 billion in fiscal 2014.

Our operating loss for the fourth quarter was $5 million. But excluding special items, operating income was a positive $26 million. Net loss from continuing operations attributable to Apollo in the fourth quarter was $10 million, or $0.09 per share. But, again, excluding special items, income from continuing operations was $19 million or $0.17 per share. 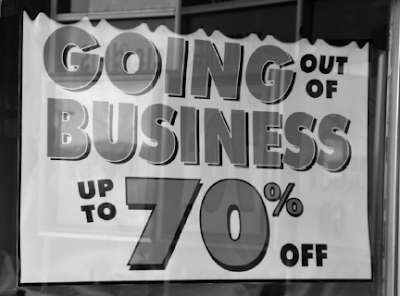 The Apollo Education Group had originally purchased Carnegie Learning for $75 million in August 2011. The Apollo Education Group's 10-K statement filed with the SEC indicates that for the company's financial year ending on 31 August 2015, Carnegie Learning has total assets of $40.9 million, which is down by $30.3 million, or 42.5%, from a figure of $71.2 million a year earlier.

Any potential buyer for Carnegie Learning can expect that the University of Phoenix will not be a customer for the division's products. The Apollo Group recorded a $13 million write off for "certain Carnegie Learning technology intangibles that were no longer being used. The associated technology had been incorporated into University of Phoenix’s academic platform and as a result of the University ceasing use of the technology, no future cash flows associated with the technology were expected over its remaining useful life."

That's a major vote of no confidence in Carnegie Learning's products. Espeically from an education instution that has so thoroughly degraded its academic standards for evaluating student performance in math so much, especially as compared to other institutions.

From a business perspective, the failure of Carnegie Learning's math curricula products at the University of Phoenix would suggest that if a sale is made, it will be at an extreme discount with respect to the $75 million price that the Apollo Education Group paid in acquiring the operation.

We suspect however that the more likely disposition for Carnegie Learning will be for its remaining assets to be unloaded to multiple buyers as part of the division's outright liquidation, as they will prove to be worth more than its future prospects as an ongoing business.