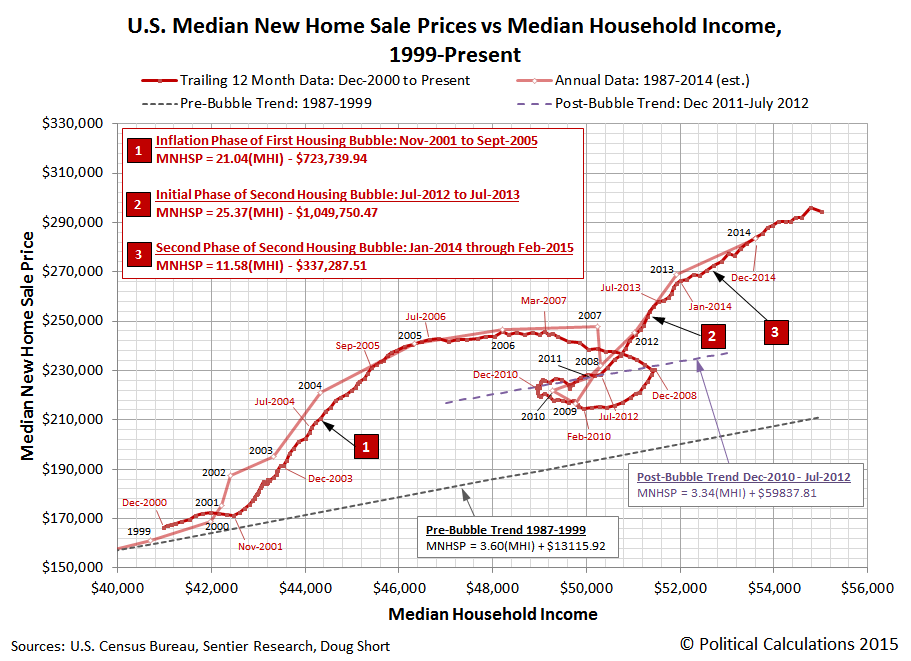 Let's zoom out next to look at the bigger picture for the relationship between median U.S. new home sale prices and median household income, looking at all the available data going back to 1967. 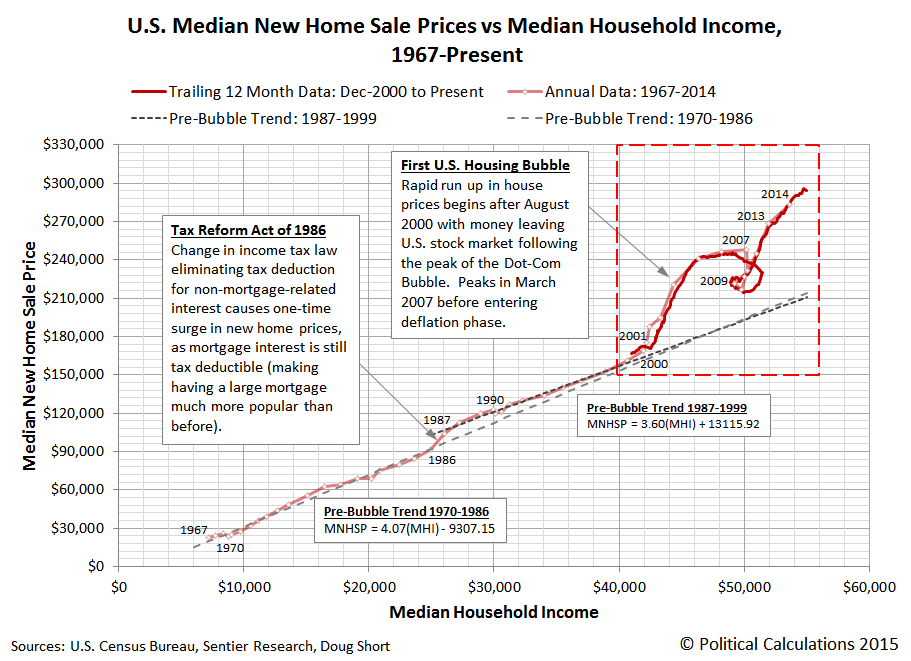 The median new home sale price data is typically revised by the U.S. Census Bureau at least three times in the months immediately following when it is first released, so the three most recent data points shown in the charts above are subject to change.

For those who would like to consider what the data might look like in terms of real, inflation adjusted, constant year U.S. dollars, the U.S. Bureau of Labor Statistics has a calculator where you can convert the prices provided in the data sources listed below into the terms of the U.S. dollars of the year of your choice. And if you would prefer to use monthly inflation data, the inflation adjustment math is super easy!