There is really no other way to describe the state of international trade between the United States and China other than to say that not only has it stopped growing, it has started to shrink.

That's a consequence of the prolonged recession in the trade between the two nations, where neither has sustained more than a month of positive year-over-year growth since September 2015. 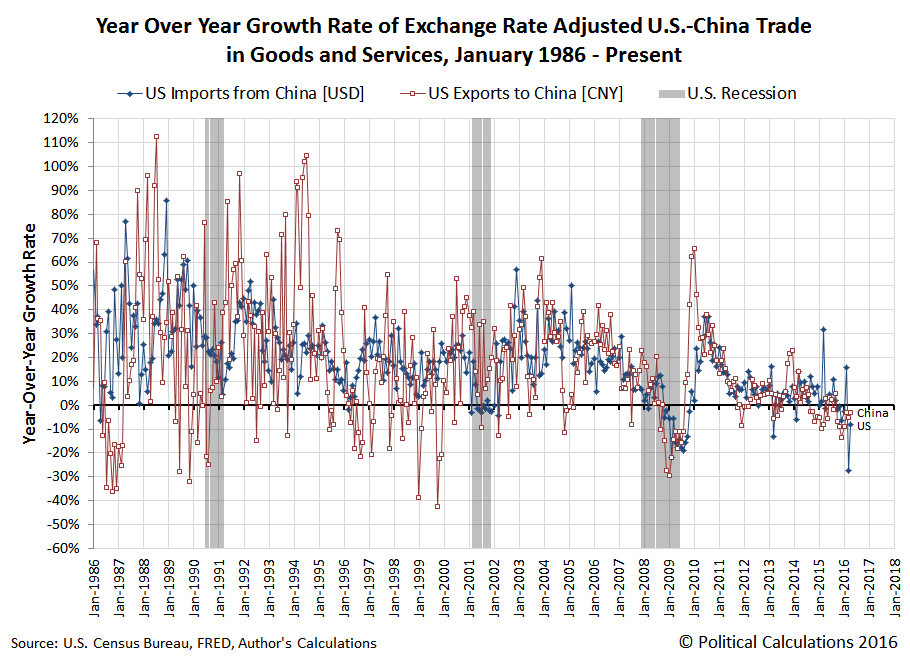 Looking at the value of the goods and services that the U.S. imports from China, the falling value of these goods are starting to resememble a pattern that has previously occurred during periods of economic contraction in the U.S., where the value of those imports falls below the levels established in previous years, then remains depressed during the period of recession - as in 2001 and again in 2008-2009. 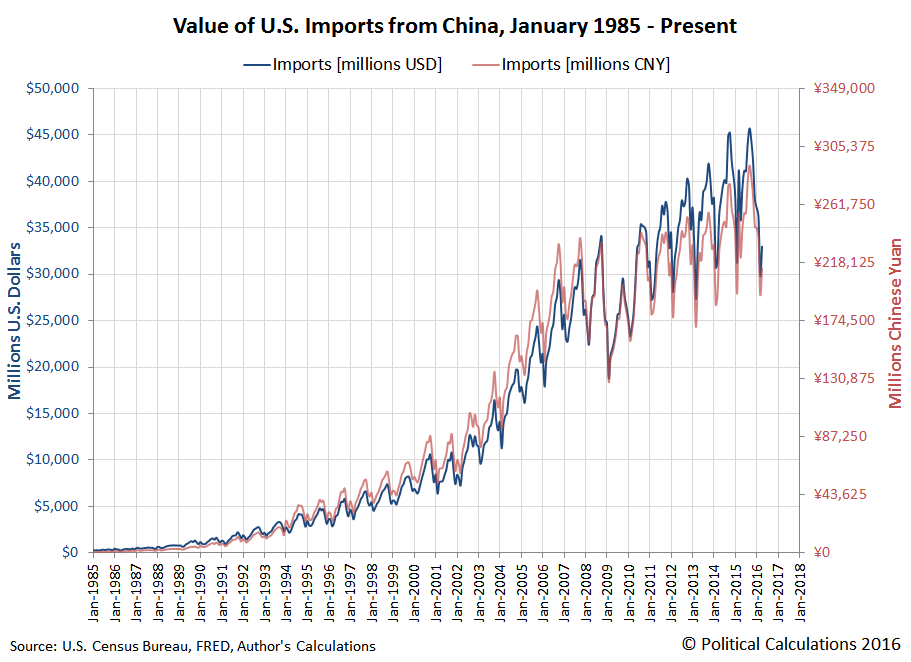 Right now, we're only seeing the first part of that pattern, so this will be something we'll be monitoring more closely in upcoming months.

Meanwhile, the value of the goods and services that the U.S. exports to China is clearly falling below the levels recorded in preceding years, as Chinese demand for imported goods is clearly shrinking. 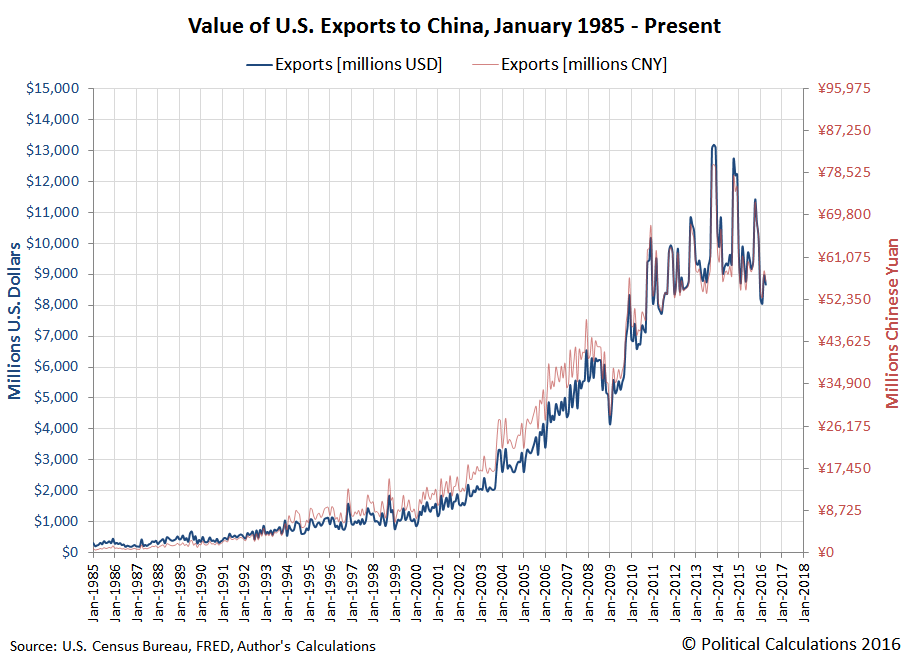 The last time that this pattern was observed in China was during 2008-2009, when its economy was negatively impacted by the global recession, where its export-oriented industries experienced economic contraction.