That's why we were intrigued to see Sony enter the field with U.S. Patent 9,417,106 earlier this week with what must be the future of success in wearable computing technology, in which all the technology is integrated into a wig! 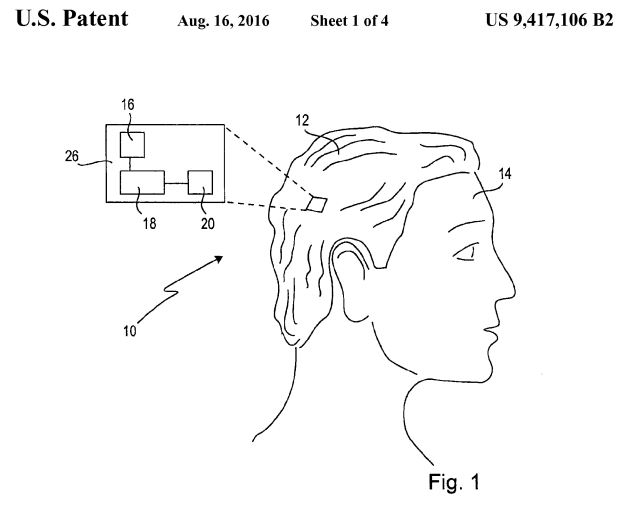 If Sony is right, what once was the height of fashion in the 17th and 18th centuries could rock the fashion world of the 21st century!

Sony's inventor team describes the advantages that might be realized by integrating input and output computing devices into today's toupees (emphasis ours):

A further advantage relies on the fact that the head area is more sensitive than other body parts, such as a foot, a hand or the waist of the user, where the wearable computing devices known from the prior art are usually arranged. The arrangement within a wig that is adapted to cover at least a part of the user's head enables the user to immediately react even if the computing device provides only small or weak feedbacks. The fact that users instinctively protect their heads more than other body parts is also advantageous, since more sensitive sensors and other computing components may be used without the risk of getting damaged. Moreover, the wearable computing device according to the present disclosure can be easily combined with other wearable devices, such as computer glasses or smart phones.

Wigs are useful to enhance a user's appearance and change other's impressions because different hairstyles give different impressions. Thus, many people use wigs. Especially bald people that usually wear wigs in their daily life could take advantage of the wide variety of functions that are provided by the wearable computing device proposed herein. However, other conceivable appliances are film or playing actors that commonly use wigs to play different roles. Also, many so-called "cosplayers" (costume players: a form of role-play) wear wigs and costumes to imitate their favourite characters in comics and animated films. In all cases, users wear wigs to enhance their appearance. However, it is to be noted that the wearable computing device proposed herein may be worn by any people, even by people who usually do not wear wigs.

The future just got a lot more weird than it used to be!