Ten years ago, in 2006, the average combined cost of health insurance premiums and deductibles for a single individual in the United States was $1,211. In 2016, that figure has risen to $2,607, representing an average increase of 8% per year.

The chart below indicates the average premiums and deductibles that Americans paid for single coverage health insurance in each year from 2006 through 2016. 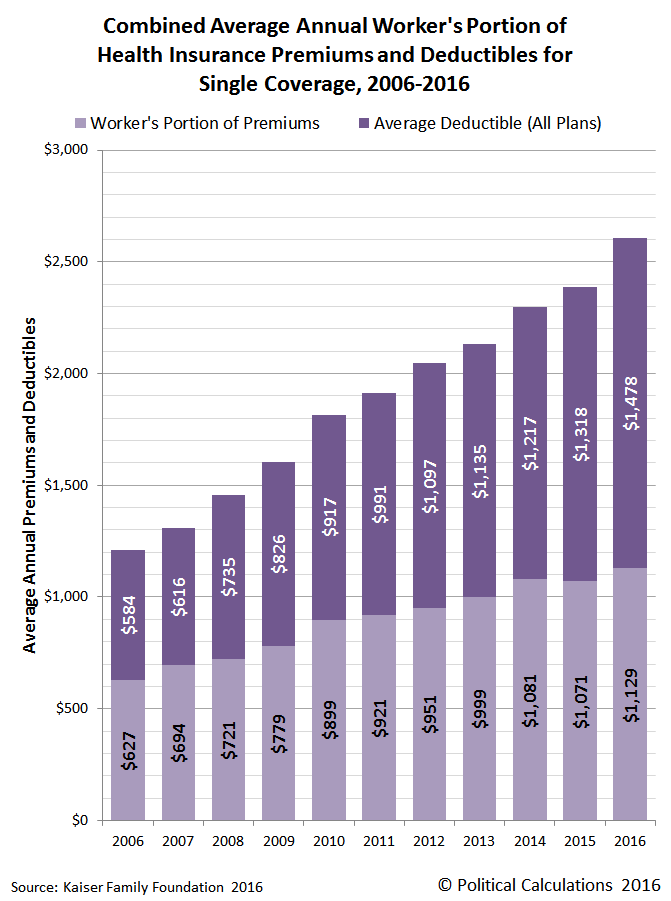 Similar math involving larger numbers applies for Americans with family health insurance coverage. In 2006, the average annual combined cost of health insurance premiums and deductibles totaled $4,044, which in 2016, had risen to $8,243 thanks to the an average rate of escalation of 7.4% per year. If they had risen at the average rate of inflation in the U.S., they would only have totaled $4,831.

The second chart shows the average cost of premiums and deductibles that Americans paid for family coverage health insurance in each year from 2006 through 2016. 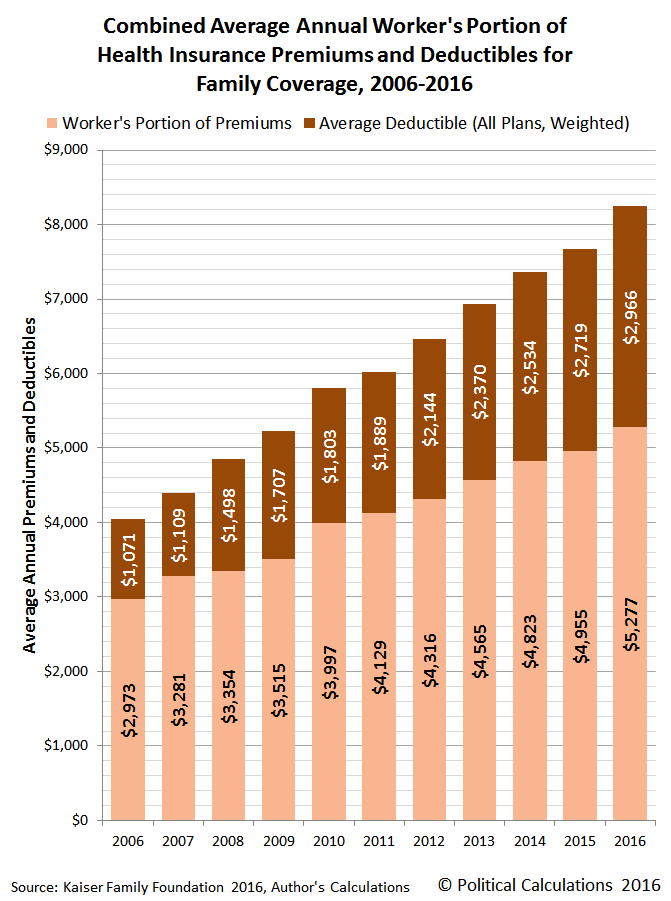 The important thing to recognize here is that these are the average costs that Americans would have had to pay out of their own pockets for their health insurance before they might receive the full benefits for that coverage, without any contribution from their employers or from government subsidies. In the case of employer provided health insurance coverage, these costs represent anywhere from 33% to 39% of the total cost of health insurance for U.S. individuals or families.