The second week of December 2016 was a big week as far as economically momentous event taking place right in the middle of it go. And yet, the S&P 500 once again behaved pretty much as expected, provided that what you expected was for investors to remain focused on the future quarter of 2017-Q2. 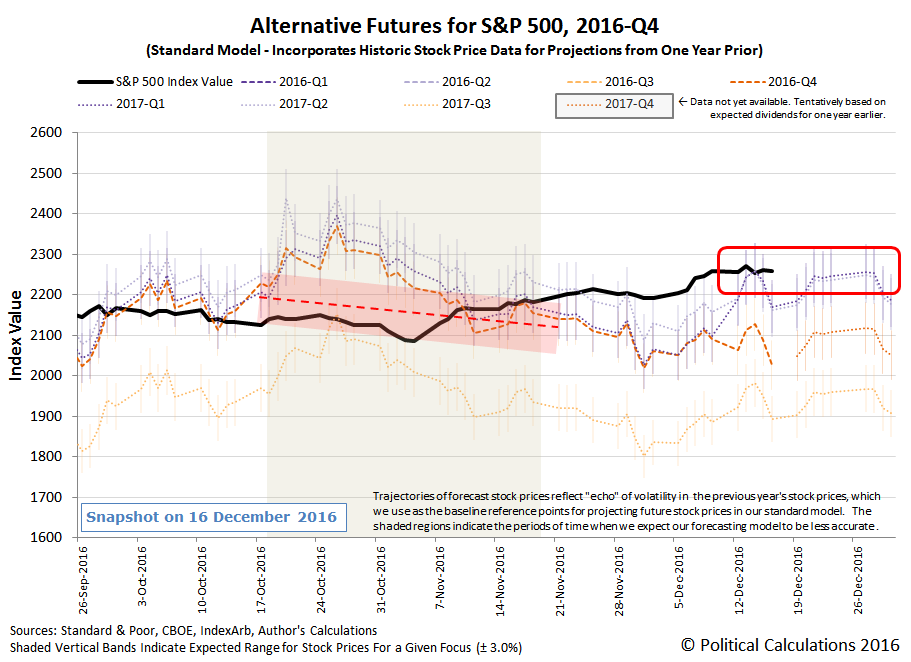 The apparent reason for that is straight forward. Even though the Fed surprised investors by indicating it was likely to hike short term interest rates three times in 2017 as opposed to the two times that it had previously indicated it would consider back in September 2016, the timing of the next rate hike is still expected to take place in the future quarter of 2017-Q2, which we can see thanks to the before and after snapshots that Mike Shedlock took of that particular expectation.

Meanwhile, here is our day-by-day summary and comments on what we identified as the week's significant market-driving news.

Barry Ritholtz has summarized the week's positive and negative economics and markets news.