Political Calculations
Unexpectedly Intriguing!
January 3, 2019
Dividends by the Numbers in 2018

2018 has gone out with a bang for dividend-paying stocks in the U.S. stock market. Here's the dividend metadata for December 2018:

The following chart illustrates the number of dividend increases and decreases recorded in each month from January 2004 through December 2018: 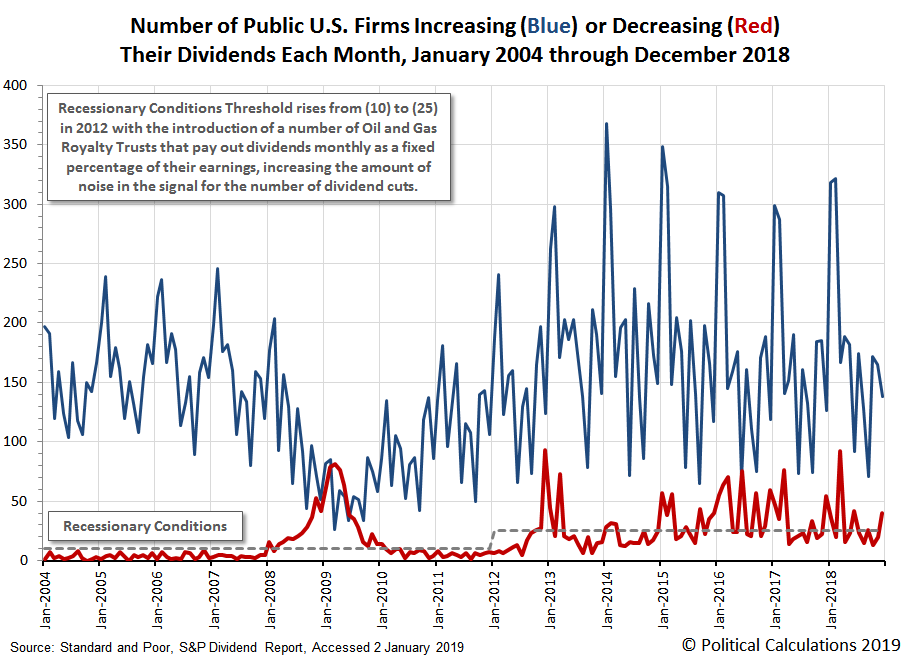 In addition to going out with a bang, dividend paying companies also exited 2018 on a cautionary note, with the number of dividend cutting firms rising above the threshold indicating recessionary conditions developing for the U.S. economy for the month of December 2018.

Looking back at the final quarter of 2018 however, we find positive improvements across the board for all but one of the U.S. stock market's basic dividend metrics.

We do have more information on the dividend cutting firms for 2018-Q4, where our near real-time sample captured 46 of the quarter's 73 reductions. In the following summary, companies listed more than once cut their dividends more than once.

The following chart tallies the number of dividend cuts in our sample by industrial sector: 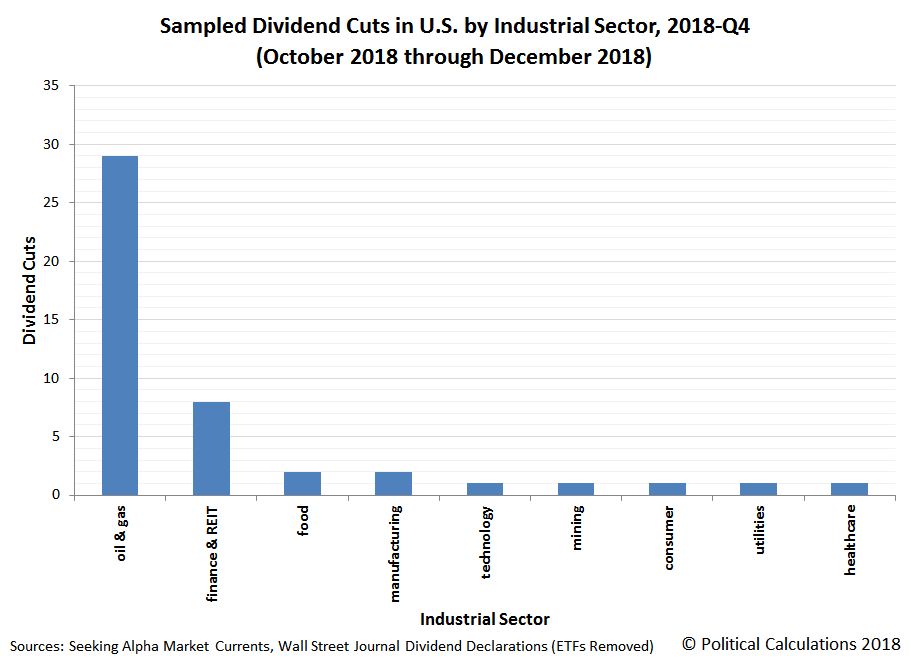 By far and away, the oil and gas industry saw the greatest amount of distress during the fourth quarter of 2018, accounting for 63% of our sample and coinciding with a significant decline in oil prices during the quarter as global demand diminished. The financial sector, including Real Estate Investment Trusts (REITs), came in second with 17.4% of the dividend cuts in our sample, where the Fed's rate hikes negatively impacted eight of these interest rate-sensitive firms. Food producer and the manufacturing sector each recorded 2 dividend cutting firms each (manufacturing included the highly distressed GE), while the technology, mining, consumer goods and utilily industries rounded out our sample with just one dividend cut recorded in each.