What had been a well-established, rising trend for median U.S. new home sale prices appears to have begun breaking in the fourth quarter of 2018. 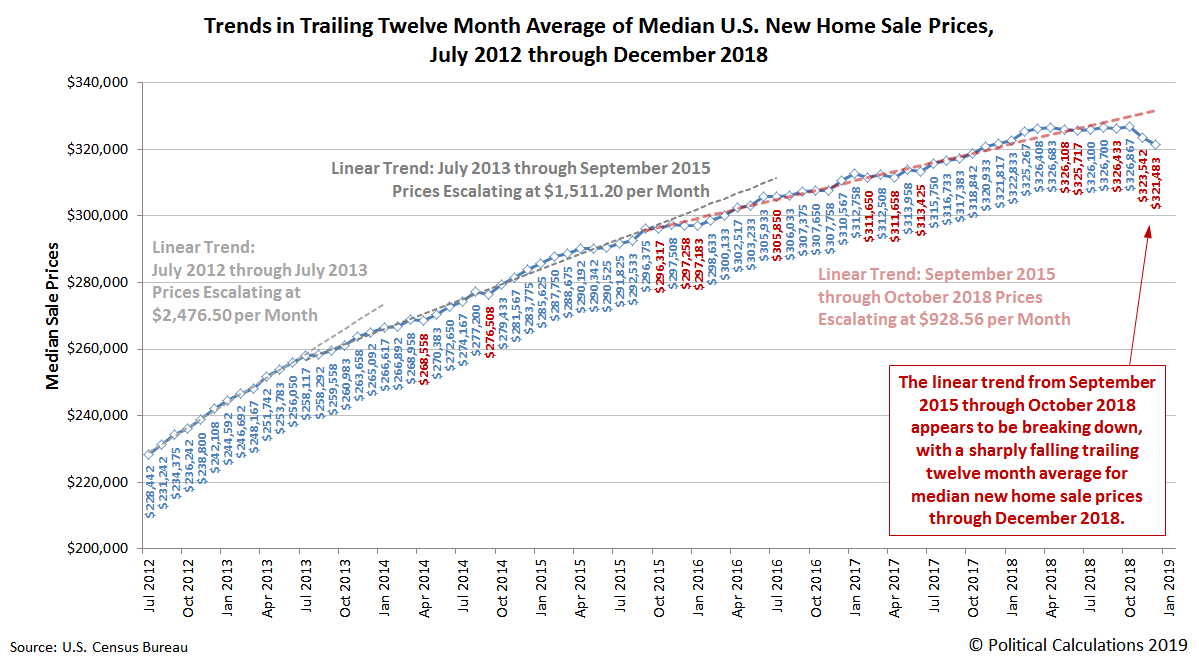 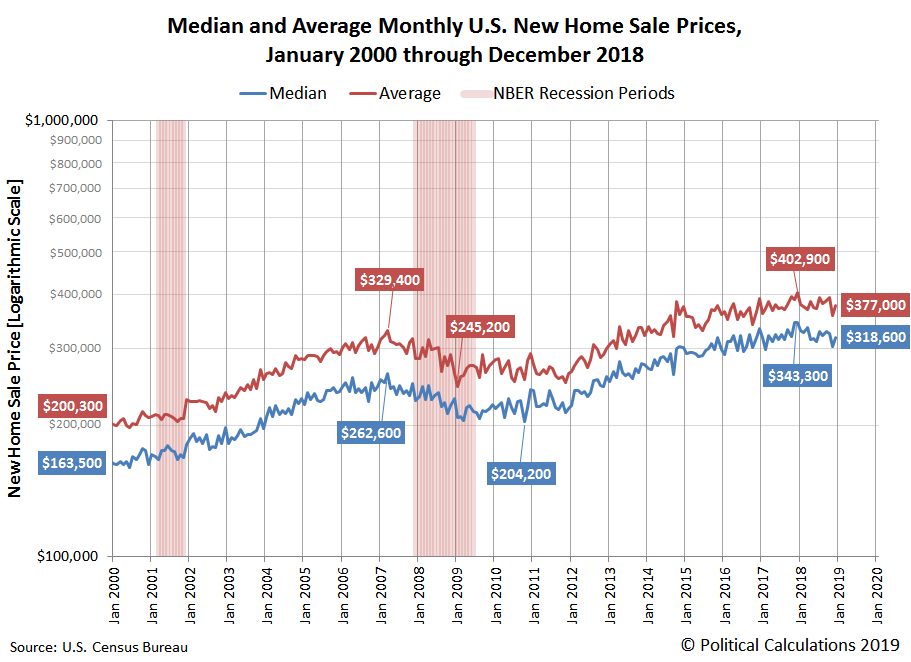 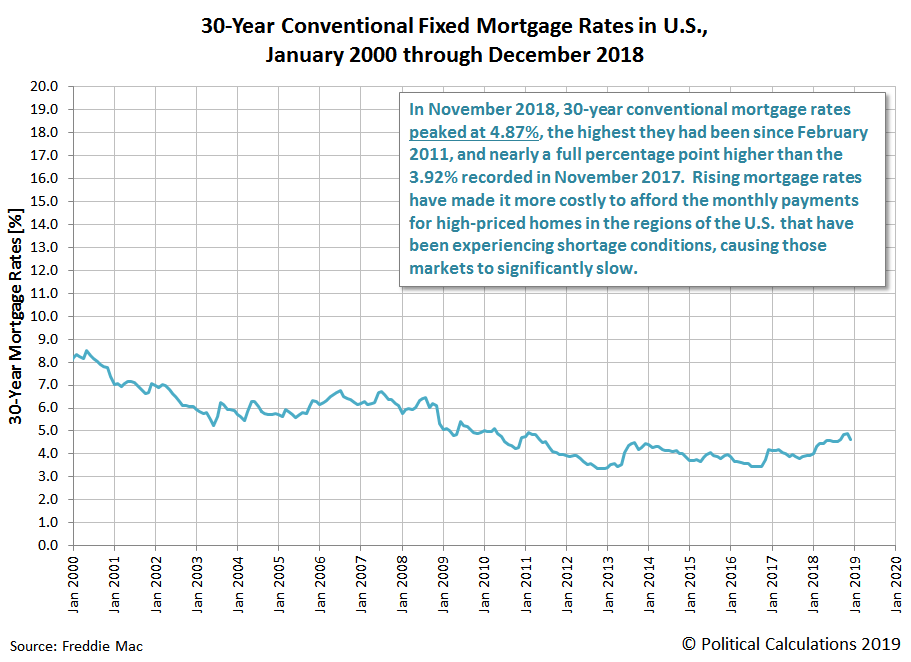 While in historical context, mortgage rates would appear to be low, its important to note that in rising from 3.9% in November 2017 to 4.9% in November 2018, the amount of interest that a home buyer would need to pay in their first year of home ownership would have increased by roughly 27%.

That's what happened across much of the U.S. housing market during 2018, where the aggregate transaction value for existing home sales and for new home sales went on to peak in March 2018, lagging behind the peak in mortgage rates by several months as might be expected for major transactions like home purchases as it took time for the market's momentum to reverse.

There is a bright side in these developments. In making the monthly payments for home ownership so much more expensive, 2018's rising mortgage rates have primarily affected the top end of the real estate market in the U.S., which has negatively impacted the real estate market in the regions that have been experiencing shortage conditions for homes, which also have some of the highest home prices in the nation.

Home prices have responded in these regions by deflating which, as median household incomes have continued to rise in 2018, means that new homes have been becoming relatively more affordable, following their peak in unaffordability in February 2018. 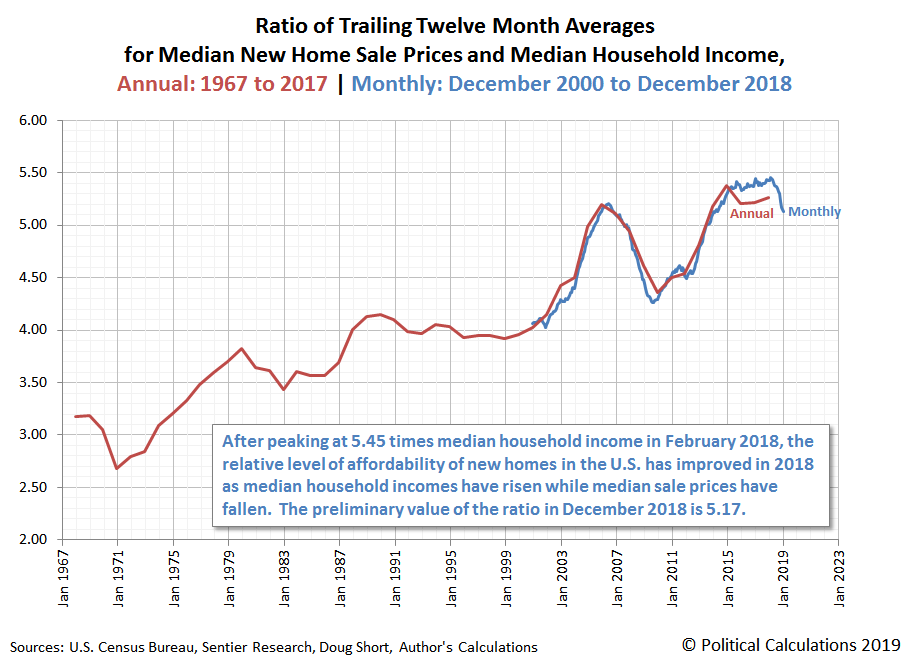 Theres's a lot more going on across the U.S.' various local real estate markets that also contributes to what we're seeing in the national data, but 2018's rising mortgage rates go a long way toward explaining why so many home buyers began steering away from high-priced houses during 2018, particularly in those areas that have very high escalations in home prices. We'll be exploring the real estate market in different regions in the U.S. later in the month.