Political Calculations
Unexpectedly Intriguing!
February 28, 2020
Maths on the Back of an Envelope 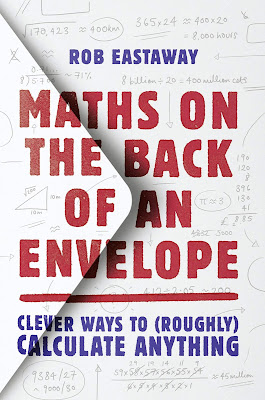 How powerful was the first atomic blast? How many cats are there in the world? How much is China's coronavirus epidemic impacting its economy?

These are three very unrelated questions. If you were tasked with responding to them, how could you possibly come up with reasonable answers to any of the three?

Each of these questions are examples of what might be called "Fermi problems", which are named after Italian-American physicist Enrico Fermi. In addition to his pioneering work in nuclear physics, Fermi was also known for doing back-of-the-envelope calculations to come up with estimates that made real world sense even when nobody had any idea of what the right answers might be.

In Rob Eastaway's latest book, Maths on the Back of an Envelope (more affordably available in the UK), which discusses 'clever ways to (roughly) calculate anything', he tells the story of how Fermi estimated the force generated by the first-ever atomic bomb blast using confetti and a few quick calculations just after it happened:

The story goes that Fermi and others were sheltering from the explosion in a bunker about six miles from ground zero. When the bomb went off, Fermi waited until the wind from the explosion reached the bunker. He stood up and released some confetti from his hand, and when it had landed, he paced out how far the confetti had traveled. He then used that information to make an estimate of the strength of the explosion. We don't know for certain how Fermi did this, but it probably involved him estimating the wind speed and working out how much energy was required to push out a 'hemisphere' of air from the centre of the explosion.

Fermi's estimate of the bomb's strength was 10 kilotons. Later, more rigorous calculations revealed that the real strength had been nearer to 18 kilotons, in other words Fermi's answer was out by a factor of nearly two. Anyone submitting an answer that far out in a maths exam would probably get no marks, yet Fermi got huge credit for the accuracy of his back-of-envelope answer. The important thing was that his answer was in the right order of magnitude, and gave scientists a much better understanding of the potential impact of the weapon they were now dealing with.

At the time, the power of an atomic blast was such an unknown that other scientists working on the project had been concerned enough before the test to do some pretty sophisticated math just to provide the reassurance to themselves that the atomic bomb they built would be unlikely to set off a chain reaction that would ignite the Earth's atmosphere and destroy the planet. Getting the order of magnitude of the actual event correct under such uncertainty is what makes Fermi's quick math such a big deal.

So what does all that have to do with the other two questions?

It has everything to do with how you can take information you know and logically chain it together with reasonable guesswork so that you can use it to extrapolate an estimate for the answer you're trying to reach. In his book, Rob Eastaway describes how he once estimated the global population of cats while speaking to a school assembly (we've added the image as an illustration because, well, cats): 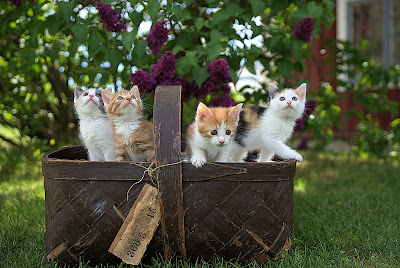 Let's assume that most cats are domestic.

Some people have more than one cat, but usually, a household has only one cat, if any at all.

In the UK, and thinking of my own street as an example, it seems reasonable to suppose that there might be one cat in every five households.

And, if a household contains on average two people, that means there is one cat for every 10 people.

So, with 70 million people in the UK, let's say that there are, perhaps, seven million cats in the UK.

So far, so good. But what about the number of cats in the rest of the world? It seems unlikely that cats are as popular in countries like India or China as they are in the UK (although what would I know? Remember, this is purely guesswork on my part), therefore, I'd expect the ratio across the world to be smaller than it is in the UK - maybe one cat for every 20 people?


So, with eight billion people in the world, that suggests there are maybe:

It doesn't seem an outrageous number.

A member of Eastaway's audience searched the question on Google and it returned 600 million as the answer, which Eastaway takes as a sign that the math he did was on the right track, or rather, that whoever came up with that larger estimate likely went about working up their estimate using similar methods.

And that brings us to China, which is where economist David Tufte recently did some back-of-the-envelope math to assess how hard China's economy has been hit by the COVID-19 coronavirus epidemic that has killed thousands and sickened tens of thousands in the nation.

This may be the best real time estimate yet on what COVID-19 has done to the Chinese economy. China’s power plants run mostly on coal. China’s coal consumption appears to be down between 20 and 45%. 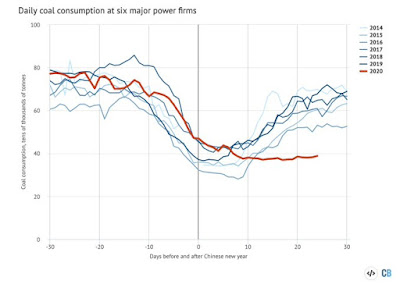 This is measured in days since the Chinese New Year, which fell on January 25 this year. So, they’re usually down for about 10 days after that, and this slowdown has stretched on for almost a month now.

To get that to GDP we need to know China’s energy elasticity. A plausible value for any country is around one, estimates from 15 years ago suggest 1.5 is more suitable for China. Here’s the back of the envelope calculation:

All of these numbers are sketchy, but the suggest that the effect of COVID-19 on China over a few weeks is already comparable to what a large recession did to the U.S. in a few quarters.

Given China's role in global supply chains, both as producers and as consumers, that magnitude of economic impact will affect other national economies, bringing a global recession into view, which is contributing to why the world's stock markets are plunging.

It will be a long time before all the actual damage has been tallied, but until then, the kind of estimations we can do using back-of-the-envelope maths will give us the best indication of how things are going. It's also why we can recommend Maths on the Back of an Envelope as entertaining reading material that you can actually put to use to answer questions that, on first glance, may appear to be unanswerable.