Political Calculations
Unexpectedly Intriguing!
November 26, 2019
How Big Can A Turkey Get?

After answering "how big of a turkey you should get", let's tweak the question a bit and ask "how big can a turkey get?"!

Let's start answering that new question by finding out how big turkeys have already become. To find out, we've pulled 50 years of data on U.S. farm-raised turkeys from the National Turkey Federation and the U.S. Department of Agriculture, which includes finalized data from 1970 through 2018 and preliminary data from 2019. 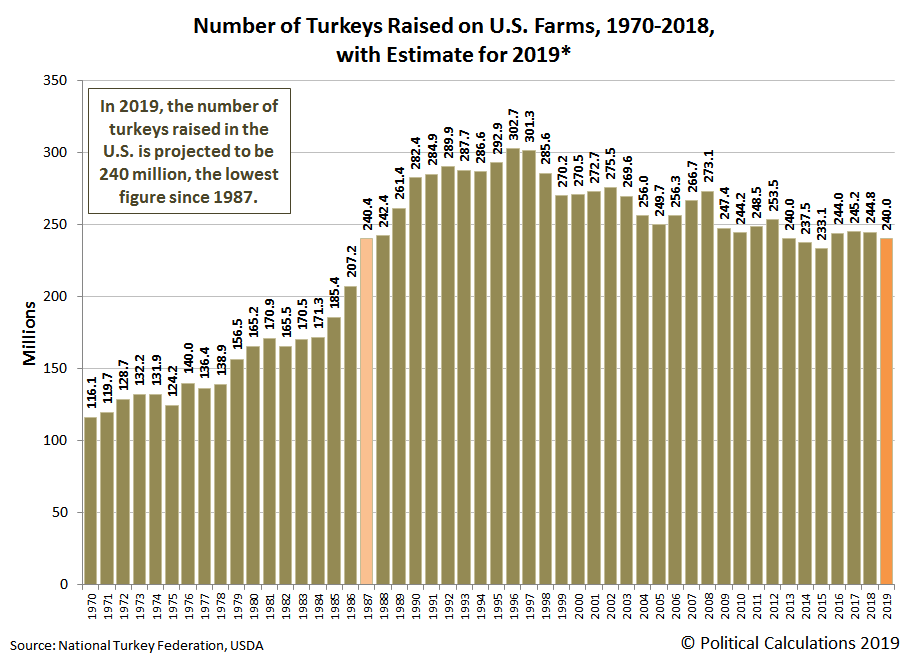 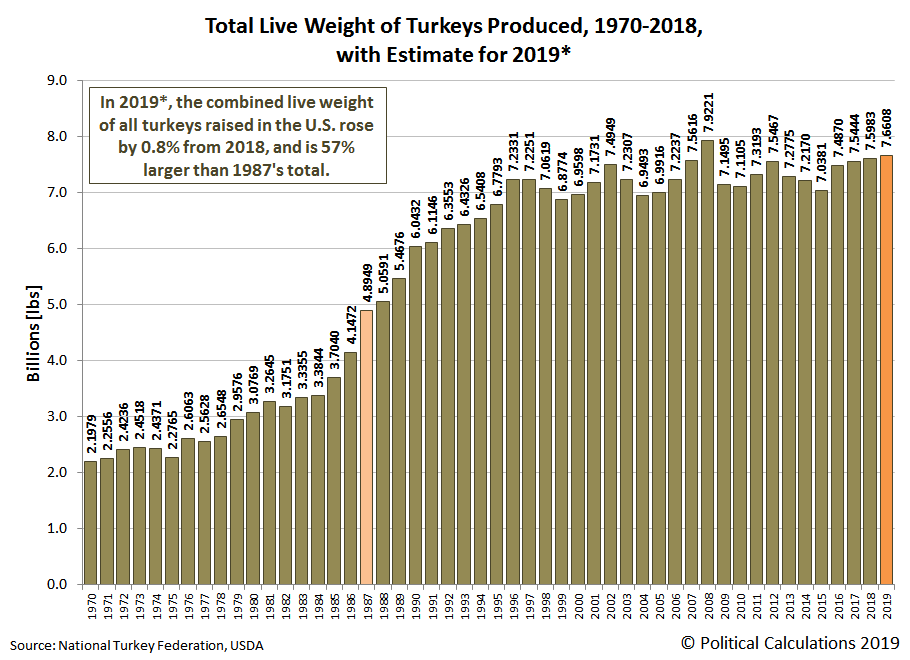 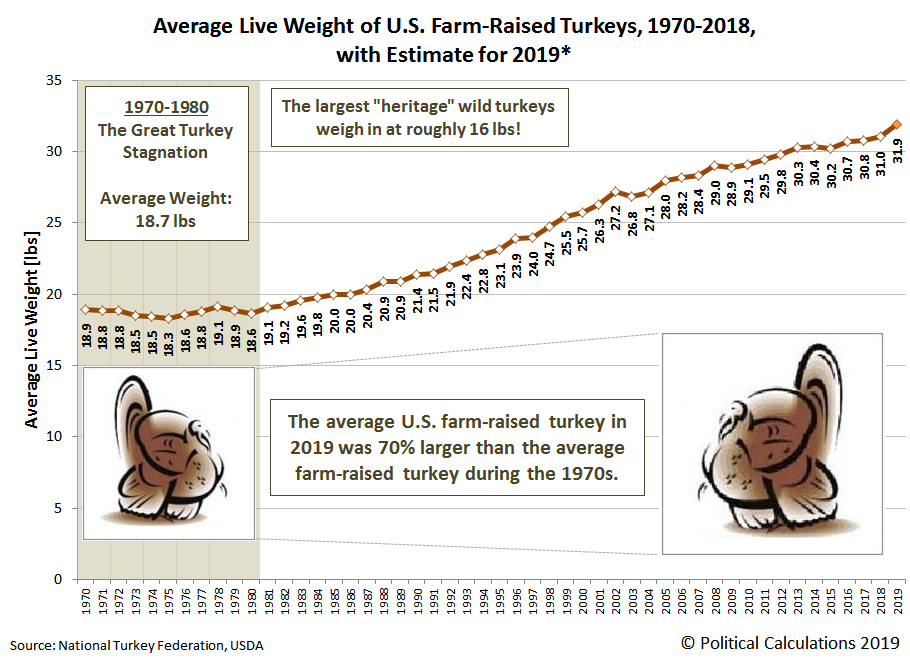 But it's also a significant increase over the 31.0 pounds the average farm-raised turkey weighed just a year ago. We think the reason for that might be attributable to an unintended consequence of the U.S.-China tariff war, where a key part of China's strategy has been to boycott purchases of U.S.-grown soybeans.

For U.S. turkey farmers, that has made higher quality soybean meal available to be fed to U.S. farm-raised turkeys at lower prices than they have been in recent years, which means that U.S. turkeys are reaching new records in how large they can grow.

As for how big a farm-raised turkey can get, we're afraid our chart doesn't provide enough information to tell, where if they were approaching a natural limit to their potential size, it would start taking on more of an S-shaped, logistic growth pattern, leveling out at a plateau with the passage of time.

But what if we assume that we're just at the halfway point for when that might happen though we don't see that in the data yet? At 31.9 pounds, 2019's average farm-raised turkey is 13.2 pounds heavier than the average farm-raised turkey of the 1970s, before U.S. turkey farmers began boosting their yield. Adding that margin onto the today's 31.9 pound average live weight suggests that another 40 years of increasing productivity could yield turkeys that regularly reach an average live weight of 45 pounds.

Is that number unreasonable? Several varieties of farm-raised turkeys, including Broad Breasted Bronze and Cornish Cross, have already produced individual birds that weighed over 50 pounds, so yes it is possible, though it would take many more years of productivity improvements in raising turkeys for U.S. farmers to achieve it.

There are crazier things afoot in the world today. Chinese hogs farmers have embarked on an effort to raise pigs that weigh as much as polar bears. That China needs to have such an effort can in part be traced in part to another unintended consequence of the U.S.-China tariff war.