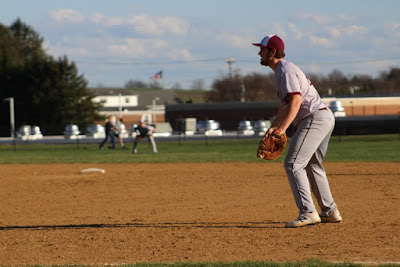 Major League Baseball isn't known for daring innovation. But it is considering a radical revamp to how its 2020 season might be played to minimize the risk to players and to fans from coming into contact with the SARS-CoV-2 coronavirus infection. Here are the two major options MLB is actively considering:

There was a third option to consider playing the 2020 baseball season in Japan, but with that nation delaying the 2020 Summer Olympics to 2021 in response to a spike in outbreaks from the coronavirus pandemic, that option is no longer being considered.

Of the two remaining options, with Arizona's governor confirming discussions with MLB's commissioner, having all teams play in Arizona is looking like the leading contender for the 2020 MLB season.

ESPN baseball insider Jeff Passan talked about which plan, if any, was most likely to get baseball started in 2020, in an interview on the network's Get Up! Show with Mike Greenberg on Monday.

He ruled out the Japan plan and said that the Arizona plan was more likely than the Arizona/Florida plan during the interview.

"When it's all said and done, it seems like it's going to be Arizona or bust for Major League Baseball," Passan said. "It may have to get to the point where they say to themselves, OK, this is what we are going to try to do even if we can't ultimately pull it off."

Arizona has the edge because its baseball spring training facilities are all within the Phoenix metropolitan area, greatly reducing the amount of traveling teams would have to do to play each other. In fact, during a regular spring training season, it is possible for dedicated fans to watch parts of all games being played in person at each field on any given day, and for one superathlete, to play in five of them! By contrast, Florida's baseball facilities are spread out all over the southern part of the state, which would reduce the number of games that could be reasonably scheduled in what will be a shortened season.

Arizona also has an edge in climate. Although its summer temperatures periodically top 110°F (43°C), relatively arid Arizona doesn't have southern Florida's average 95°F (35°C) highs coupled with its oppressive humidity levels, which would have a greater negative impact on players.

Regardless of which option MLB chooses, the climate of Arizona or southern Florida will give players a strong incentive to shorten the length of games, the growing length of which has long been a problem for fans, but for MLB's revamped season, having games run long will interfere with other games that would need to be played by other teams at the same field later the same day.

MLB can greatly speed up games in three easy steps:

MLB will need to deal with some of its most nagging problems just to have a viable 2020 season. Putting them in the crucible of Arizona's desert heat might compel them to finally address them.

Update 19 April 2020: From the WSJ: Baseball Without Fans Sounded Crazy. It Might Just Work.