Trade data between the U.S. and China in May 2020 show early signs of economic recovery following the negative impact of government-mandated business closures to address the coronavirus pandemic earlier in 2020.

We can see that in the rebound of the combined value of trade in goods and services between the two countries, which continued to rise following April 2020's initial rebound that began after China reopened its economy. At $46.2 billion, the combined value of U.S.-China trade was within $2.1 billion of its May 2019 level, the narrowest gap between year-over-year figures since the outbreak of the coronavirus pandemic in China began at the end of 2019. 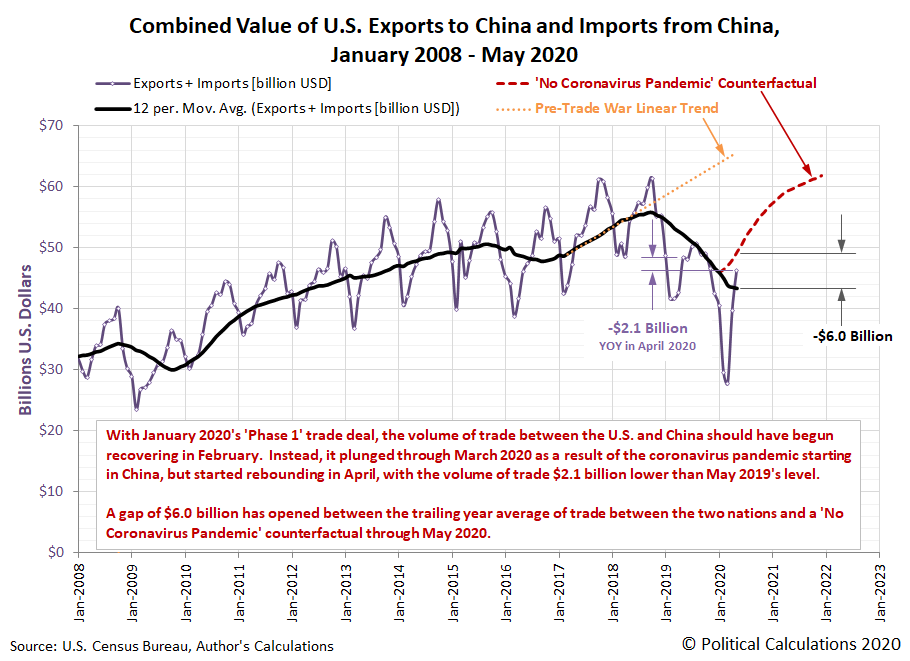 Since the end of 2019, a $6.0 billion gap has opened up between the trailing twelve month average of the value of U.S.-China trade and a counterfactual based on a reasonable estimate of what that trade would look like following January 2020's 'Phase 1' trade deal between the two nations. More importantly, the downward trajectory of the trailing year average has begun to decelerate in May 2020, which is an indication a recovery from the global coronavirus trade recession is beginning to take hold.

May 2020 saw much of the U.S. economy beginning to incrementally open on a state-by-state basis, following the lifting of statewide lockdown restrictions that closed many businesses and ordered residents to stay-at-home to slow the spread within the U.S., but which continued to negatively weigh on its economy during the month. We can see that impact in the year-over-year growth rates of U.S. exports to China and U.S. imports from China, where the exchange rate-adjusted growth rate of exports was positive, but imports were negative, as might be expected. 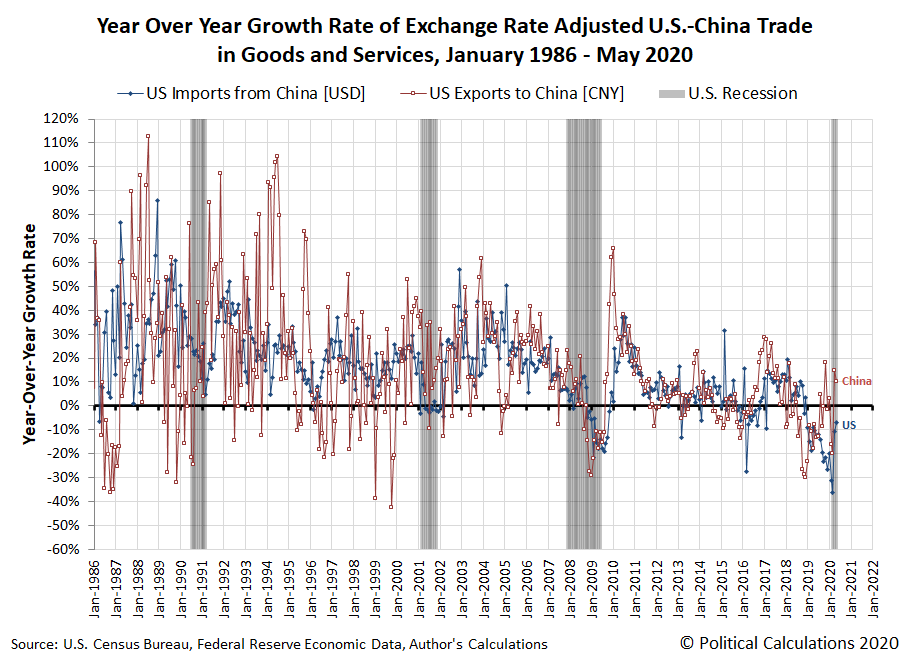 Looking forward, the delayed spread of coronavirus infections in parts of the U.S. that avoided the worst of the pandemic after it initially arrived presents the largest challenge for a rapid economic recovery. This delayed crest effect is not limited to the United States, as China is also experiencing a similar dynamic in confronting the continued spread of the SARS-CoV-2 coronavirus.