That assessment is indicated by the continuing rebound in the rate at which carbon dioxide is being added to the Earth's atmosphere during the third quarter of 2022. That new upward trend coincides with increased economic activity in China, by far the world's largest producer of carbon dioxide emissions, which has been lifting its government's latest economy-depressing zero-COVID lockdowns and has fired up coal-fueled power plants to promote its "energy security" to recover from a fossil fuel shortage.

It also coincides with improvement in the U.S. economy following the country's "technical" recession that saw its real GDP shrink during the first half of 2022. Though it has the world's largest economy, at less than 46% of China's output, the United States ranks as the world's second largest national producer of CO₂ emissions.

The latest update to Political Calculations' chart illustrating the rate at which CO₂ is accumulating in the Earth's air shows the results of the rebounds taking place in the world's two largest economies. 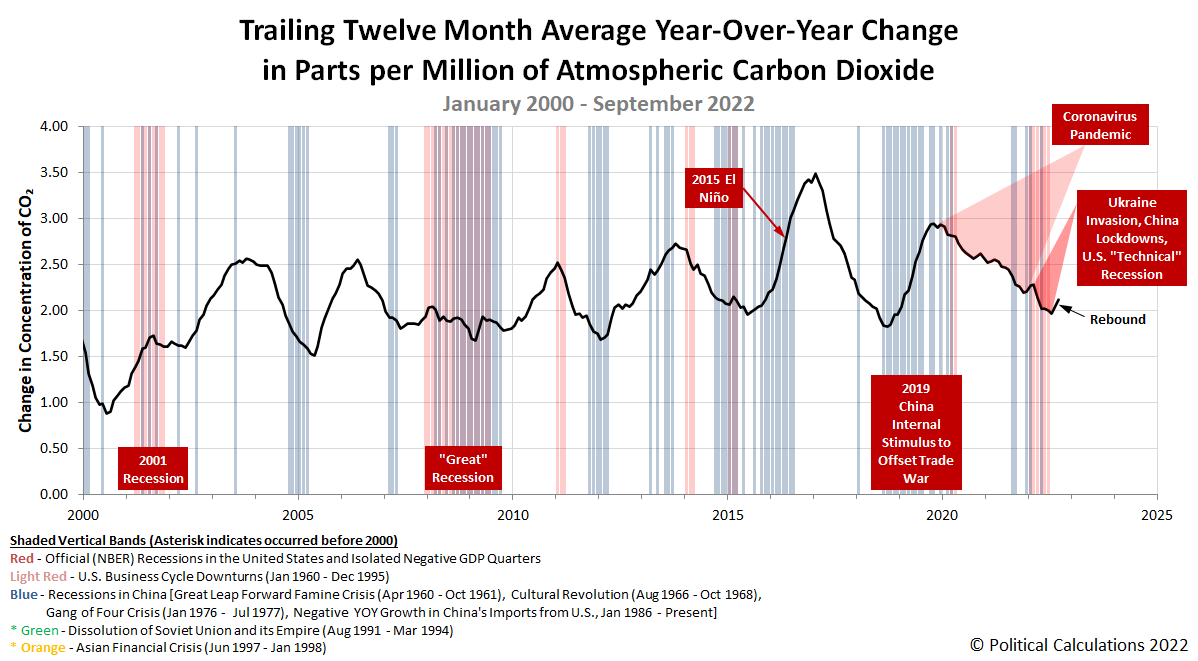 The big question now is how long might that uptrend last? Signs the global economy is slowing as central banks impose rate hikes in a "synchronized" effort to restrain inflation suggest the pace of CO₂ accumulation in the Earth's atmosphere may soon start falling again. That's because producing that outcome is expected to throw much of the world's economy into recession, where a global economy that's shrinking will emit less carbon dioxide. That die would seem to have already been cast, especially with the Chinese government committing to continue and expand its economically destructive "zero-COVID" lockdowns and a developing recession expected in the U.S.