Ever since Apple rolled out the original iPhone and made mobile-phone based computing applications hipper than hip, we've been seeking to develop the ultimate viral mobile app. And with the iPhone 4 having just been released, coupled with the pending release of the Droid-X phones built through an unholy alliance between Verizon and Google [1], we finally decided it was time to strike!

So we're pulling out all the stops and applying everything we've learned in developing hundreds of online applications over the past several years, and especially what we learned from the very few that went viral.

What lessons are those? Here's the short summary:

A. It has to easily solve a common, if perhaps underestimated, problem.

B. That problem should have something to do with avoiding disaster in male-female relationships.

C. And involve alcohol (aka "The cause of, and solution to, all of life's problems.") 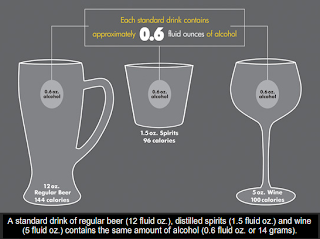 That's harder to do than you might think. But we've done it, thanks to groundbreaking research commissioned by Bausch & Lomb into determining the exact threshold of alcohol consumption at which people who you might previously have found to be visually unattractive while sober instead become irresistibly attractive! Here's the 2005 news article describing the scientific achievement:

Scientists believe they have worked out a formula to calculate how "beer goggles" affect a drinker's vision.

The drink-fuelled phenomenon is said to transform supposedly "ugly" people into beauties - until the morning after.

Researchers at Manchester University say while beauty is in the eye of the beer-holder, the amount of alcohol consumed is not the only factor.

Additional factors include the level of light in the pub or club, the drinker's own eyesight and the room's smokiness.

The distance between two people is also a factor.

They all add up to make the aesthetically-challenged more attractive, according to the formula.

The popularly known "beer goggles" effect is known to lead to all sorts of embarrassing, if not incredibly uncomfortable social situations, especially if an intimate encounter takes place while under the effect.

And that's the basis of what we'll describe as our ultimate mobile app! Now, thanks to modern cellular technology and our newest tool, both men and women will be able to assess just how impaired their visual judgments might be when it matters most - when they can still back out of a developing social situation during a night of fun that might otherwise become completely awkward the next day on account of personal aesthetics!

Before today's technology, men and women out on the town would have had no way to put the formula to effective use, but now that all changes because all it takes is just a few quick entries and the ultimate mobile app will do the math for you. On the spot. Even if you're already well into your evening and your judgment is already well impaired!

Here's the quick guide for interpreting the results:

A formula rating of less than one means no effect. Between one and 50 the person you would normally find unattractive appears less "visually offensive".

Non-appealing people become suddenly attractive between 51 and 100. At more than 100, someone not considered attractive looks like a super model.

Of course, since you're likely impaired as you are using this app, the app will communicate this information to you in more direct terms.

So go ahead and take it for a test drive! If you've read down this far, you know you'll be needing it soon, or better yet, you know someone who needs to know about it....

[1] We assume any relationship that requires any sort of payment to George Lucas for any reason to be unholy.