Mark Perry put up the public vs private school teacher income data for 2007-08 in a table format. We took that data and put it into graphical form, then added the median income data for full-time, year-round workers from the U.S. Census just to compare. The results are below: 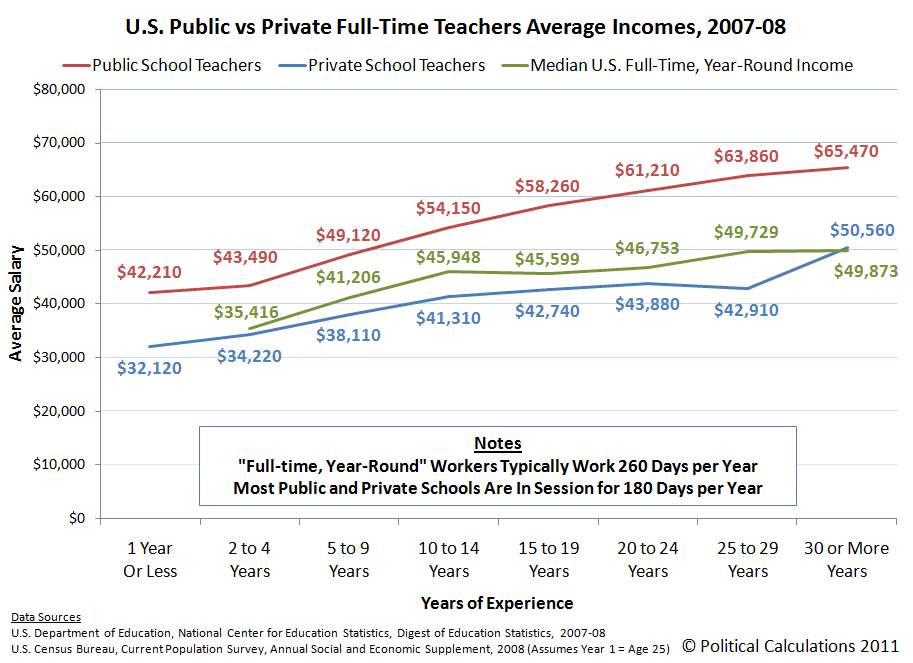 Feel free to use the tool below (originally featured here) to convert the "teacher pay" into its equivalent "full-time, year round" value! We've set it up with the default value for an average public school teacher with 5 to 9 years of experience:

Now, keep in mind that doesn't take into account the average value of the benefits earned by any of these parties! Politifact reports the following for public school teachers in the state of Wisconsin:

The latest figures available are for 2009-2010, according to a state Department of Public Instruction spokesman. Public school teachers in Wisconsin earned an average of $49,816 in salary plus $25,325 in benefits for a total of $75,141.