Since August 2011, stock prices have been behaving in a very orderly manner.

By that, we mean that the relationship between average stock prices and their underlying dividends per share have been very closely coupled during the period from August 2011 to the present. So much so that a simple power law may be used to describe the relationship between the two, with a normal bell-curve distribution describing the variation of each month's data since with respect to the mean trend power curve.

Speaking of which, we've been playing around with how to automate our ability to visualize that pattern, which we've shown in the chart below, where we've shown the average for April 2012 through 20 April 2012. Although those lines may look like they're straight, they're really curves that are bending upward (with just eight data points, things still look linear, even though they're very much not so!) 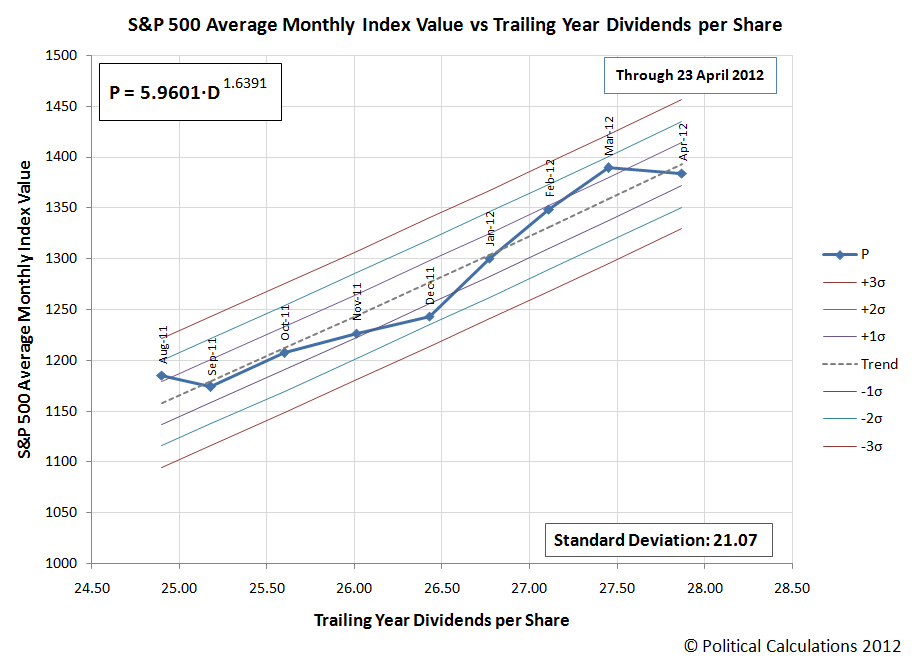 In the chart above, the formula in the top left corner describes the power law relationship between average stock prices for the S&P 500 and their underlying dividends per share. Meanwhile, the statistical equilibrium/control chart-inspired lines represent the number of standard deviations (shown in the bottom right corner) either above or below the S&P 500's current trajectory and describe the typical variation we see in stock prices with respect to their average trajectory, at least while the market continues to behave in such an orderly manner.

Based upon that information, you might think that stock prices would appear to be following a very predictable path at present, and you would be right. But that will only last until they stop being normal. And if you pay close attention to the chart above, you'll see something that should give you quite a bit of concern that the market's current state of order will instead come to be defined by something quite different, perhaps sooner than you would hope, even though many periods of order in the modern era of the stock market were sustained for years at a time.

But then, we have other tools for dealing with that situation, which will hopefully help explain why stock prices have changed as they have from March to April 2012: 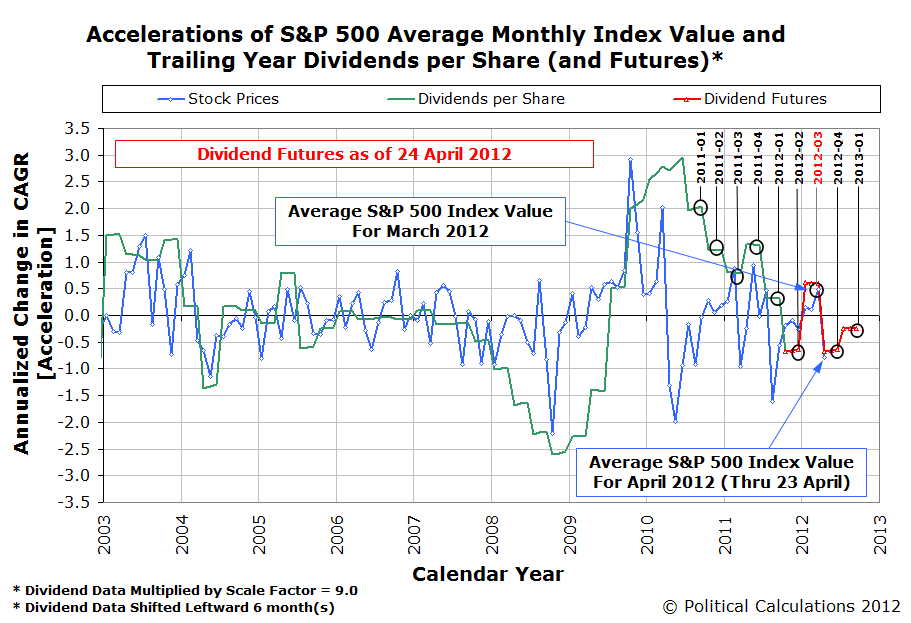 The funny thing is that the S&P 500's dividend futures through the end of 2012 have been largely set for some time now, and after Apple's dividend announcement, the only thing that has really changed from March to April 2012 is the point in time at which investors have focused their attention. And when they shifted their attention in time, stock prices soon followed to match their "new" expectations.

But then, that's what we should expect during such periods of order in the stock market!