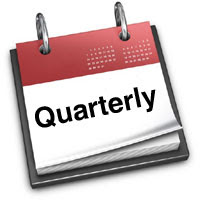 Did you know that there isn't anywhere on the web where you can go and get quarterly data for the S&P 500 before 1988? It's true, or at least it was true, until today!

Prior to today, the only place you could obtain data like the amount of dividends per share (DPS) or earnings per share (EPS) for S&P 500 companies was Standard & Poor, who only makes available the data since 1988 [Excel spreadsheet].

Meanwhile, you can obtain trailing year DPS and EPS data for the S&P 500 and its predecessor indices and component stocks from Yale's Robert Shiller [Excel spreadsheet], or perhaps more easily from our S&P 500 at Your Fingertips tool, which go all the way back to January 1871. Unlike Professor Shiller's spreadsheet, our tool also calculates the rate of return between any two calendar months you select, both with and without the reinvestment of dividends and with and without the effects of inflation.

It's a strange omission, if you think about it, because earnings and dividends are both reported and paid by the quarter!

So we're fixing that situation today. We've used S&P's available quarterly data since 1988 and our trailing year data to work out what the S&P 500's quarterly data would have to be for each quarter going all the way back to 1871-Q1.

You can access our data in the tool below, or if you prefer your data in graphical format, in the charts that appear below our tool:

Now for the charts covering the quarterly data for the S&P 500 and its predecessor indices and component stocks since the first quarter of 1871. Our first chart shows the S&P 500's average price per share in the month ending the quarter in question: 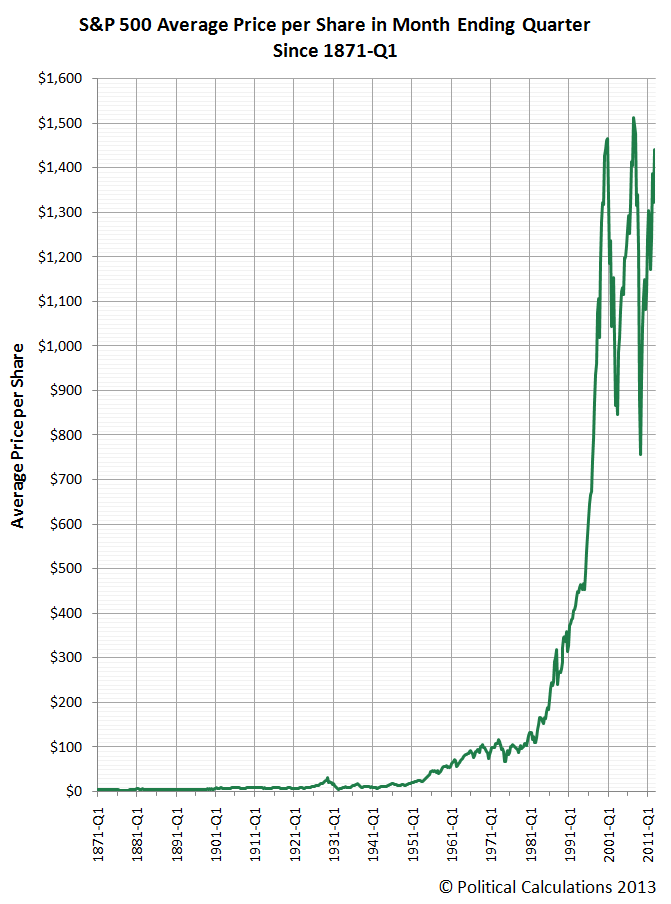 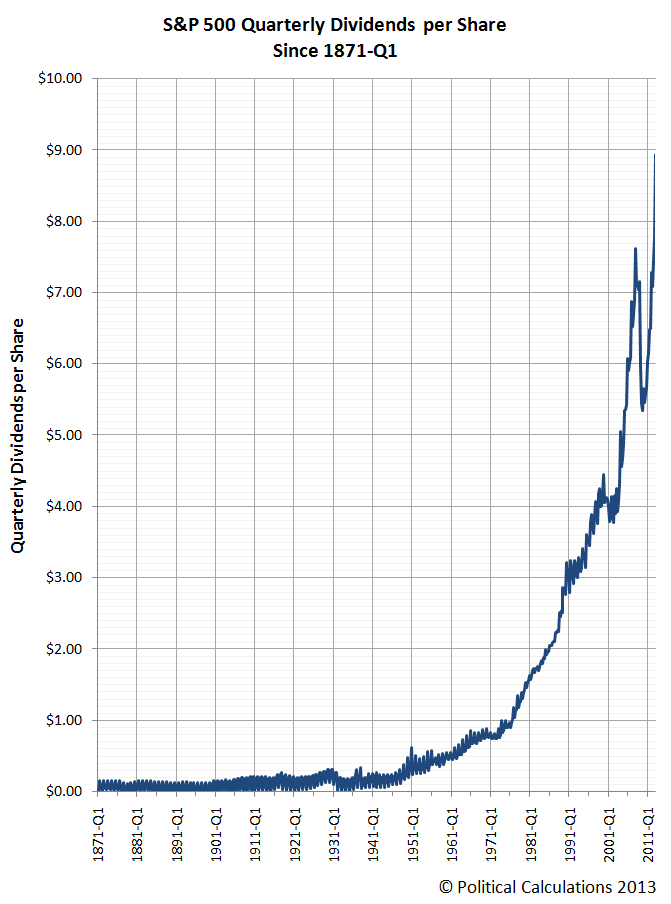 Our third chart reveals the earnings per share that would be reported for each quarter from 1871-Q1 through 2012-Q4: 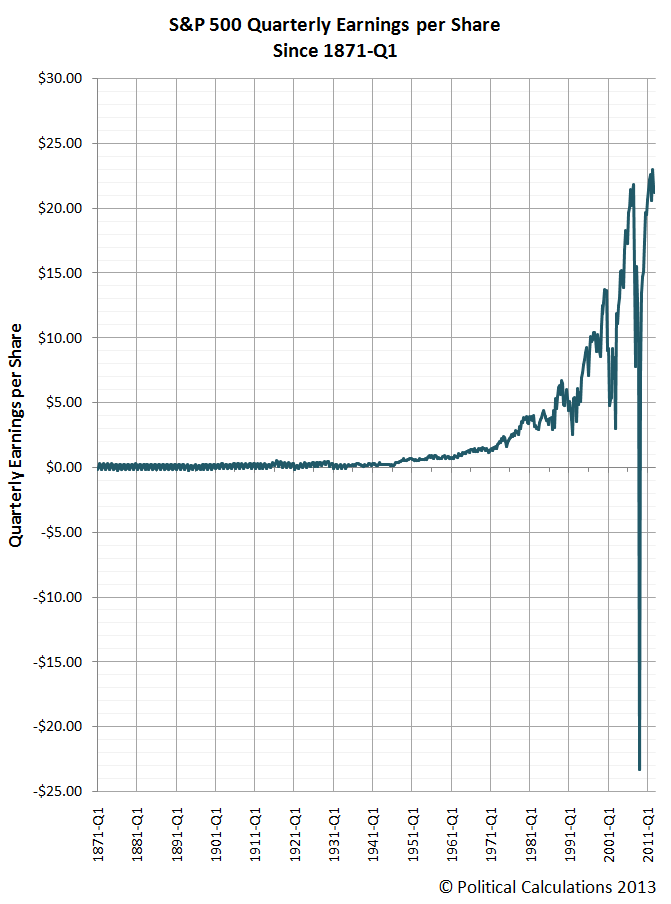 If you're ever bored and looking for something to do, overlay the data for the price per share chart and the dividends per share chart - you might make a pretty unique discovery!