If you're an investor, how do you play a bubble?

Let's take a step backward first and define just what a bubble is. A bubble may best be thought of as the situation where the price of an asset in a well-established market first soars and then plummets over a sustained period of time at rates that are decoupled from the rate of growth of the income that might be realized from owning or holding the asset.

For an asset like stock prices, the income that might be realized from owning or holding shares of ownership in a publicly-traded company are called dividends. We can easily visualize when a bubble exists in the stock market by seeing how far stock prices deviate from the level that the basic relationship between stock prices and their underlying dividends per share would set them. 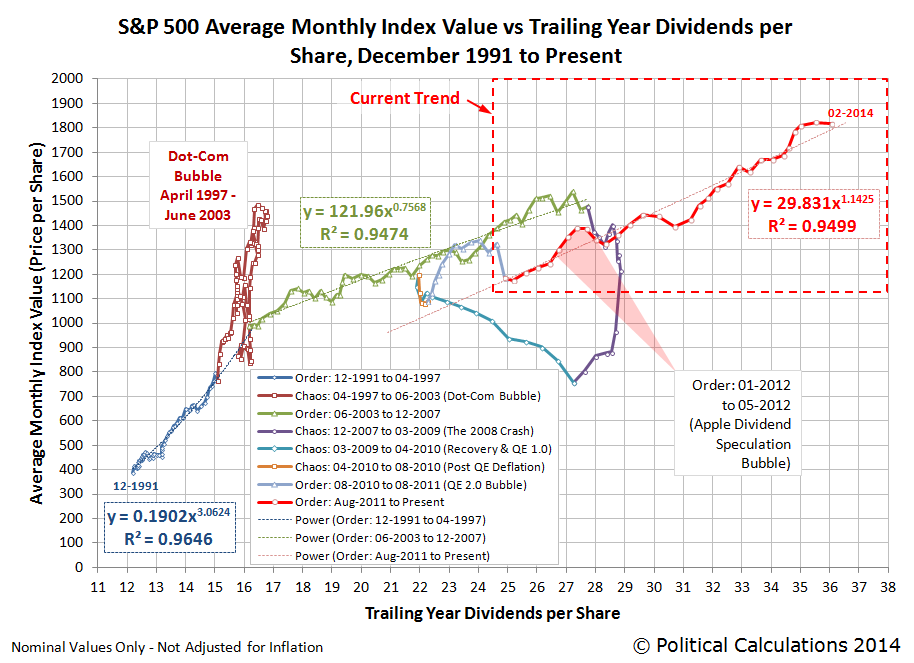 Viewed this way, it is very easy to see when stock prices deviated from the level that would be supported by their long-term established relationship with their trailing year dividends per share during the days of the Dot-Com Bubble, which ran from April 1997 to June 2003. We likewise see that there is no significant bubble in the stock market today.

So if you're an investor, one who seeks to maximize your gains, how would you have played the Dot-Com Bubble?