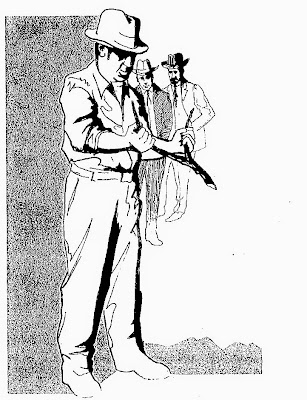 Can we use monthly payroll tax collection data to reasonably approximate the median income being earned by U.S. households?

That's the problem we were really seeking to solve when we found that payroll tax collection data is a lagging indicator of recessions for the U.S. economy, but is perhaps a real-time indicator of positive growth conditions.

The reason that's a problem is because our primary source for monthly median household income data, Sentier Research, has temporarily suspended its monthly reports, on account of extensive changes the U.S. Census Bureau has made in its monthly collection of data for its ongoing Current Population Survey (CPS). Sentier indicates that the changes, in which the Census is updating its sampling of the U.S. population to reflect the more up-to-date geographic distribution of the population recorded in the 2010 Census, are generating quite a lot of noise in the Census' monthly CPS data, which will take them time to sort out.

Because that's useful data, we wondered if there might be an alternative way to divine the median household income of U.S. households using other sources of data that are also reported on a monthly basis.

We immediately thought of the U.S.' Federal Insurance Contributions Act (FICA) payroll tax collection data as a good potential alternative source, since it represents the flat-rate taxation of wage and salary income. We then narrowed our focus to just the portion of those taxes represented by Medicare's Hospital Insurance (HI) tax, which in addition to applying to all wage and salary income and which, unlike Social Security's portion of payroll taxes, has been maintained at the same 2.90% of income since the early 1990s.

Before we continue, we'll note that the Affordable Care Act (ACA, more popularly known as "Obamacare") imposed an additional 0.9% Medicare tax on the wages, salaries and investment income of high income earners beginning in 2013. However, since all of those additional tax collections go straight into the general fund of the U.S. Treasury rather than to Medicare, the data that the Social Security Administration reports for its collection of Medicare's HI tax is based only on the 1.45% of income it collects from individual wage and salary earners and the additional 1.45% of income it collects from their employers.

Our next step was to determine if there is any sort of relationship between the federal government's HI tax collections and median household income. Since the HI tax collection data is volatile from month-to-month and seasonal in nature, we calculated the trailing twelve month average of the HI's monthly tax collection data and plotted it against Sentier Research's monthly median household income data, which goes back to January 2000 and extends through July 2014. Our results are graphed below. All data in the chart are presented in terms of nominal (current) U.S. dollars.

We see that there's a pretty strong correlation between Medicare HI tax collections and Median Household Income, which really shouldn't be all that surprising since wages and salaries make up such a very large portion of household income. That means that we can use the payroll tax data to estimate median household data.

But it's not quite as easy as just running a linear regression on the data to get to what might be considered a precise figure, thanks to things like recessions and their aftermath or sudden growth spurts can cause the relationship to deviate onto a roughly parallel trajectory for an extended period of time.

For projections in the current day, it's coping with the sudden organic growth spurt that occurred in the U.S. economy in the latter half of 2013 for which we need to specifically make adjustments. Here, we find the situation where median household income actually dipped in the months of October and November 2013 while the amount of Medicare HI payroll tax collections surged, setting the overall trajectory of median household income onto a new path.

What happened at that time came in response to the harvest of record bumper crops of nearly every major agricultural crop grown in the U.S. in 2013. Here, we observe that median household income fell, while payroll tax collections increased, as a very large number of previously idle and relatively low-paid agricultural workers became employed. And it would seem that many of them have stayed employed.

To account for that shift in the employment pattern in the U.S., we've drawn a new, parallel trajectory to the overall trend from January 2000 through July 2014, which we'll use to project the median household income for each month since for which we have Medicare HI payroll tax collection data.

Doing that math, we obtain the following estimates of monthly U.S. median household income for each of the indicated months for which we have actual or projected data provided by the Social Security Administration.

It will be months before we know how close or how far off our projections of median household income are, but at least we now have an independent method of divining this data in the absence of, and until the return of, the actual data!