Political Calculations
Unexpectedly Intriguing!
19 May 2016
After Order Last Broke Down in the S&P 500

Last year, on 20 August 2015, a four year long period of order in the U.S. stock market came to a crashing end. 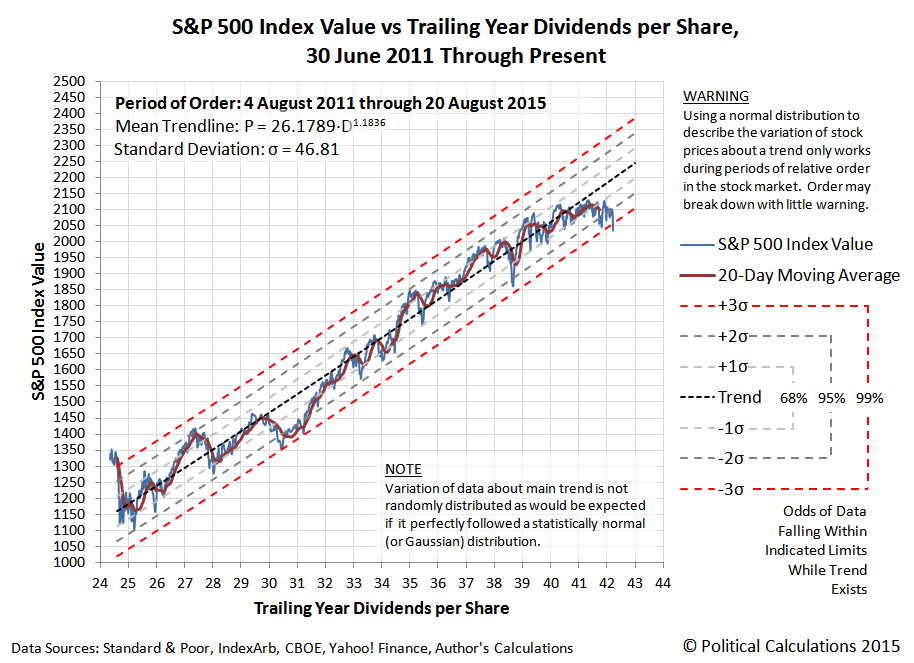 What has happened since then? 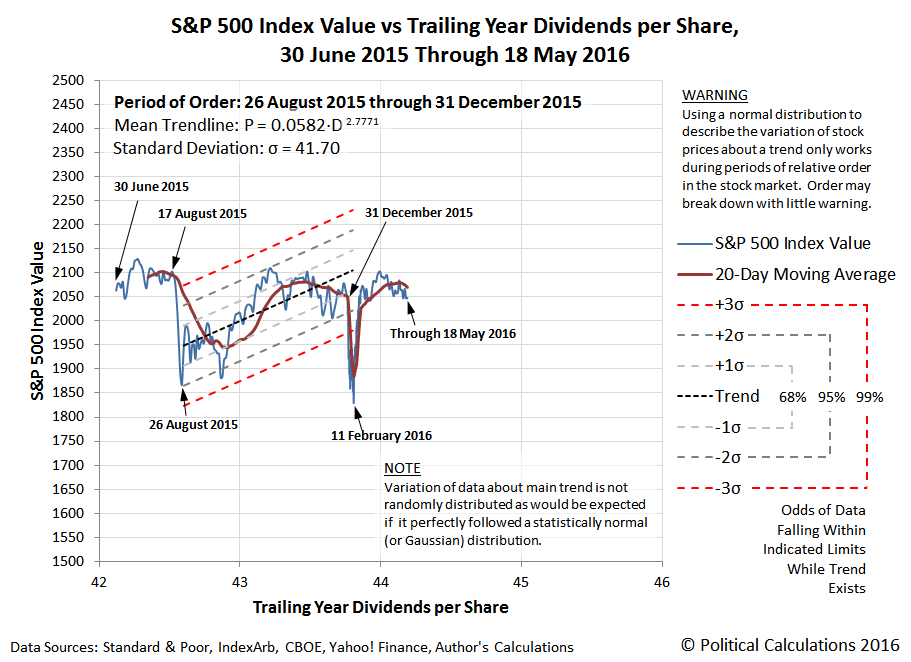 As yet, not enough time has passed to determine whether order has returned to the U.S. stock market following the disruptive noise event of January-February 2016. But if you're the type who needs something to worry about, compare the path that stock prices followed in the period from 30 June 2015 through 17 August 2015 to the path that stock prices have taken from 31 December 2015 through 18 May 2016.

So what do you think comes next?