Not long ago, we had the opportunity to buy Manchester United.

And we saw that we could buy it because it was on sale. 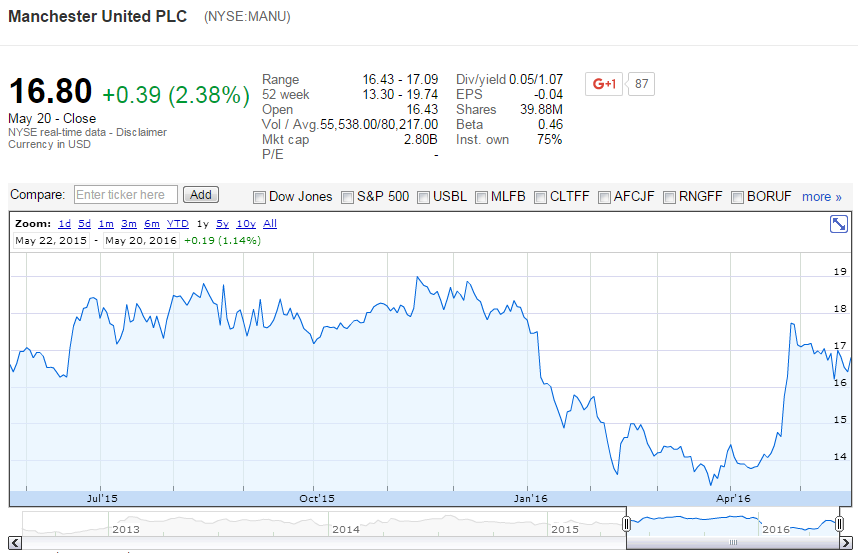 Specifically, we were looking to buy it in the first several months of this year, after we recognized that we could acquire the world's most successful and valuable sports franchise for a significant discount. 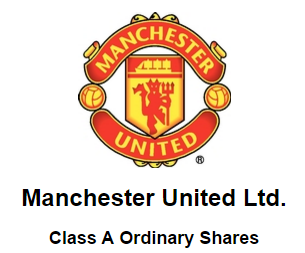 So we put a bid in to buy Manchester United (NYSE: MANU) for $13.25 per share, which we projected would be pretty close to the bottom that the stock price would hit before beginning to recover.

But truth be told, we weren't being fully rational in making our investment decisions. Our main motivating factor in even considering the purchase was irrationally psychological in nature.

Specifically, we were looking to buy the Red Devils as a psychological hedge for the disappointment that we realized we would be likely facing by the end of the 2015-2016 season as our preferred team in the English Premier League struggled to find its footing.

And though Manchester United was struggling too at the time we began considering buying it, which is why its stock was on sale in the first place, we recognized that the team's deeper organizational strengths would likely carry it through. And that meant that we could offset at least a portion of the amount of any psychological loss we might have by the end of the season with real financial gains.

In the end, that strategy didn't work because we were a nickel below where Manchester United would find its bottom before turning around. It was however fun to think about, which we now describe as that time we almost bought Manchester United. As for our psychological accounts, we are happy to say that we have since been handsomely rewarded by developments in the battle for Lord Stanley's Cup.