Did the Affordable Care Act (a.k.a. "Obamacare") succeed in making health care more affordable for the average American household?

Data from the Consumer Expenditure Survey says... no! Update 1 June 2018: The vertical dashed line in the chart indicates a break in the U.S. Census Bureau's methodology for collecting information about health insurance coverage that was implemented after 2013, where data in the periods before and after this change are not strictly comparable to each other. That said, the Consumer Expenditure Survey's data since 2013 confirms that the Affordable Care Act has failed to restrain the growth of average health insurance costs by American households during the period that it has been in effect.

Although the chart above focuses on what happened after it took effect, in reality, the health care cost curve began bending upward almost immediately after the Affordable Care Act was passed in 2010, leaving millions of Americans who had been promised by the ACA's supporters that it would reduce the cost of their health insurance sorely disappointed.

But that disappointment didn't extend to the people who owned stock in the U.S.' major health insurers, such as Centene (NYSE: CNC), United Healthcare (NYSE: UNH), WellCare (NYSE: WCG), Cigna (NYSE: CI), Humana (NYSE: HUM), Aetna (NYSE: AET), Molina (NYSE: MOH) and Anthem (NYSE: ANTM), where the Affordable Care Act has been a government-granted license to print money since it went into effect after 2013.... 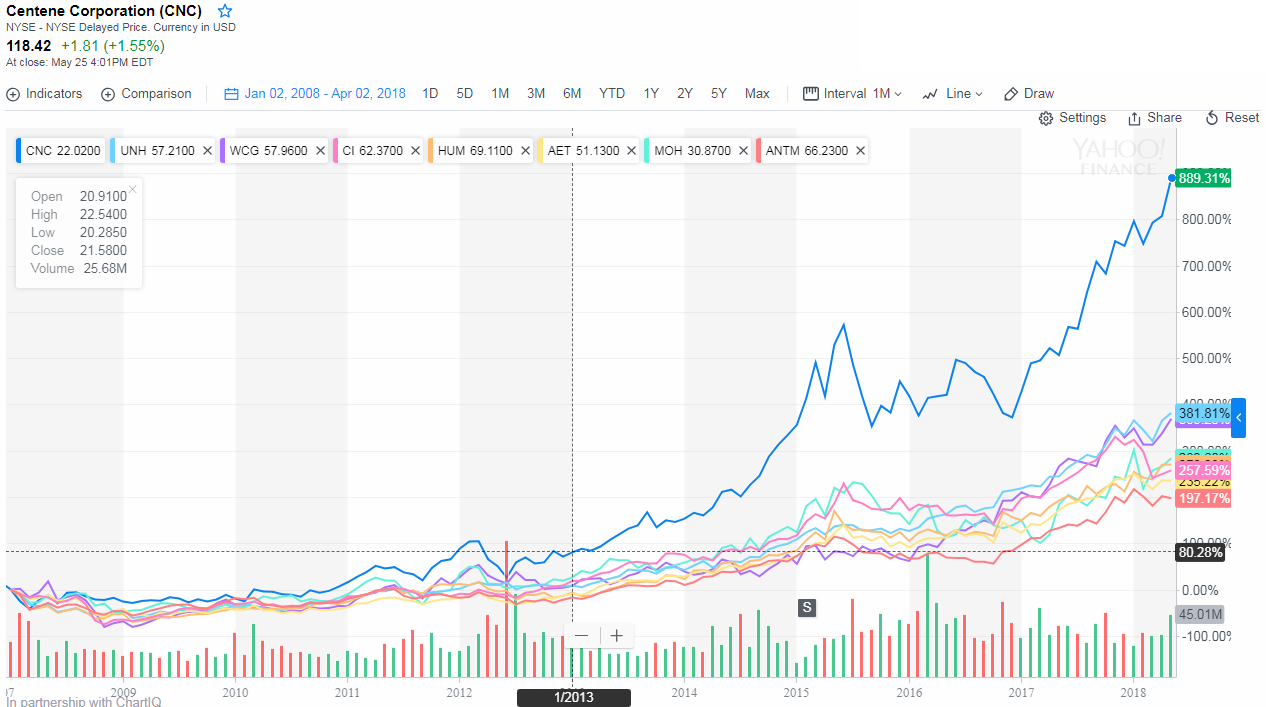 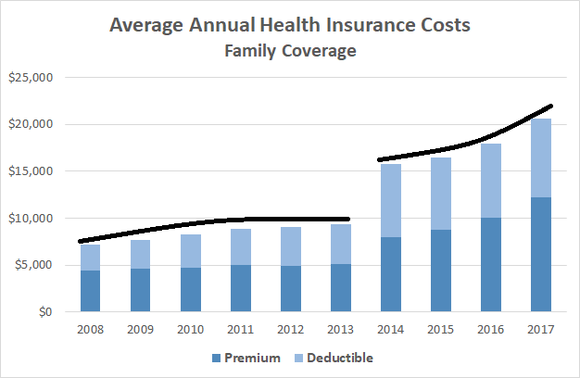 The cost of health insurance, both in premiums and in deductibles, jumped considerably after 2013 when the Affordable Care Act went into effect.