On Monday, we announced that we were wrapping up "our S&P 500 Chaos series until 2019, unless market events prompt a special edition."

Well, market events have prompted this special edition! In falling by more than 2% on Friday, 21 December 2018, the S&P 500 finally completed its fifth Lévy flight event of 2018, as investors fully shifted their forward-looking attention from 2019-Q1 out toward the more distant future quarters of 2019Q3 and 2019Q4, where year over year dividend growth has long been projected to significantly slow. 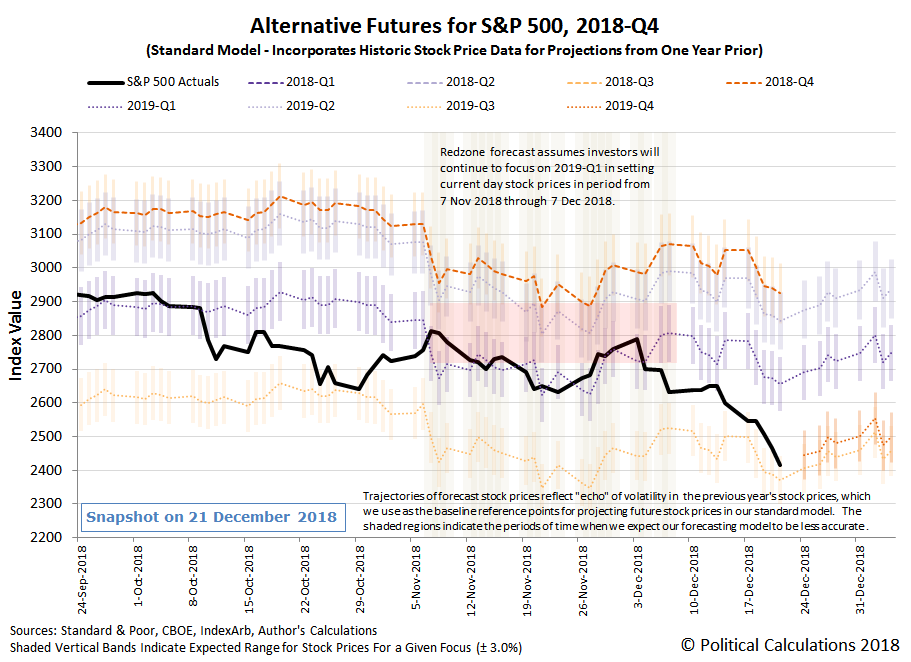 We're now about to quote ourselves on the origin of the U.S. stock market's latest Lévy flight:

That's relevant today, because once again, New York Fed president John Williams' tone-deaf and hawkish comments have played a major role in sinking the S&P 500 (Index: SPX) to its lowest point in 2018, while President Trump's trade advisor Peter Navarro also contributed. Here are three key headlines and links to the stories behind them to provide context:

ZeroHedge put together the following chart to illustrate what happened to stock prices as investors absorbed the specific things they said that drove the day's considerable volatility in the stock market. 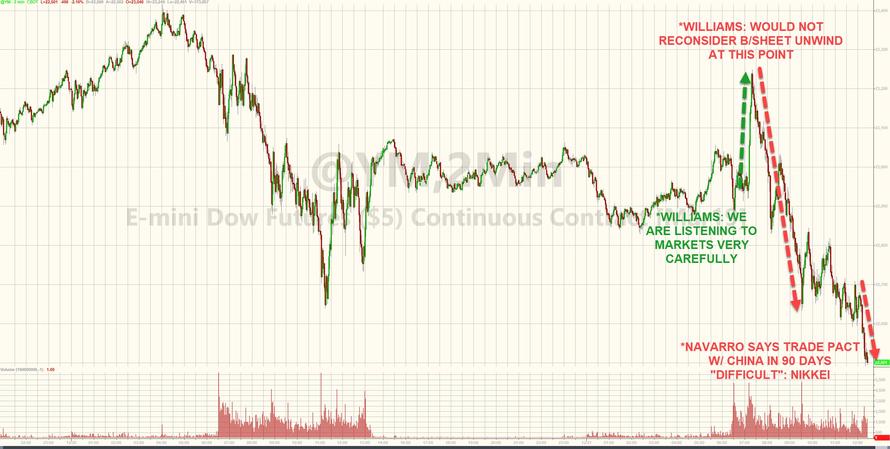 Unless the Fed starts really listening to markets, the legacy of both Fed Chair Powell and New York Fed president Williams may lie in having needlessly pushed the U.S. economy into recession because they chose to keep the Fed's policies on autopilot.

Let's tie a bow on the major market-moving news headlines from the final full week of trading in 2018....

That’s really it for our S&P 500 chaos series until 2019 - we'll post one last time in 2018 with the Biggest Math Story of the year. Enjoy the holidays, and we’ll be back to catch up the latest major market news up in January!