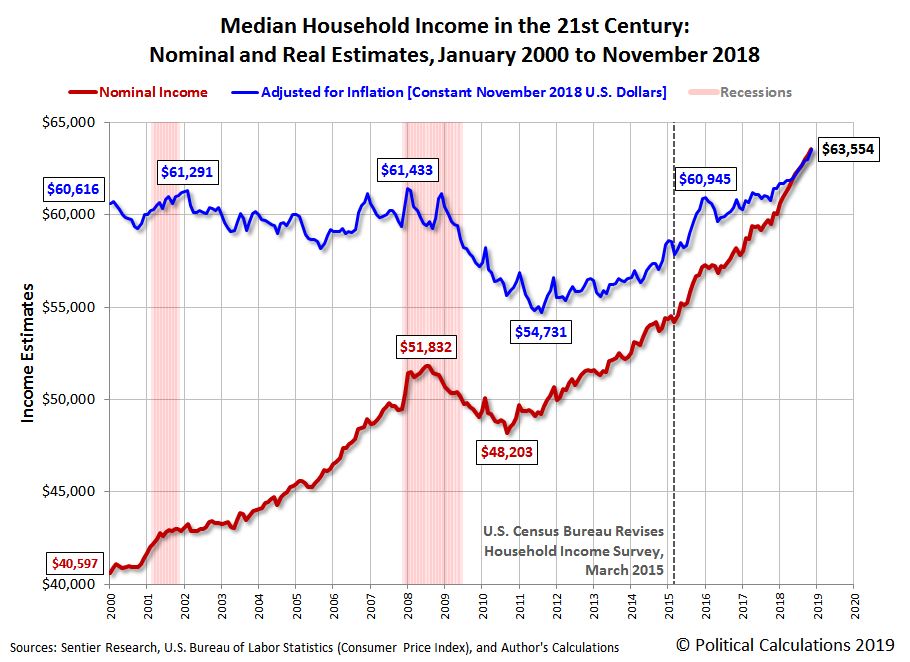 2018 has seen a remarkably strong growth trend in median household income in the United States. In both nominal and inflation-adjusted terms, the income earned by the typical American household at the middle of the nation's distribution of income has set new record highs in each of the last eleven months in both nominal and inflation-adjusted terms.

November 2018 saw the year-over-year growth rate of nominal median household income in the U.S. tick down from October 2018's record high value for the monthly data series, which extends back to January 2001. 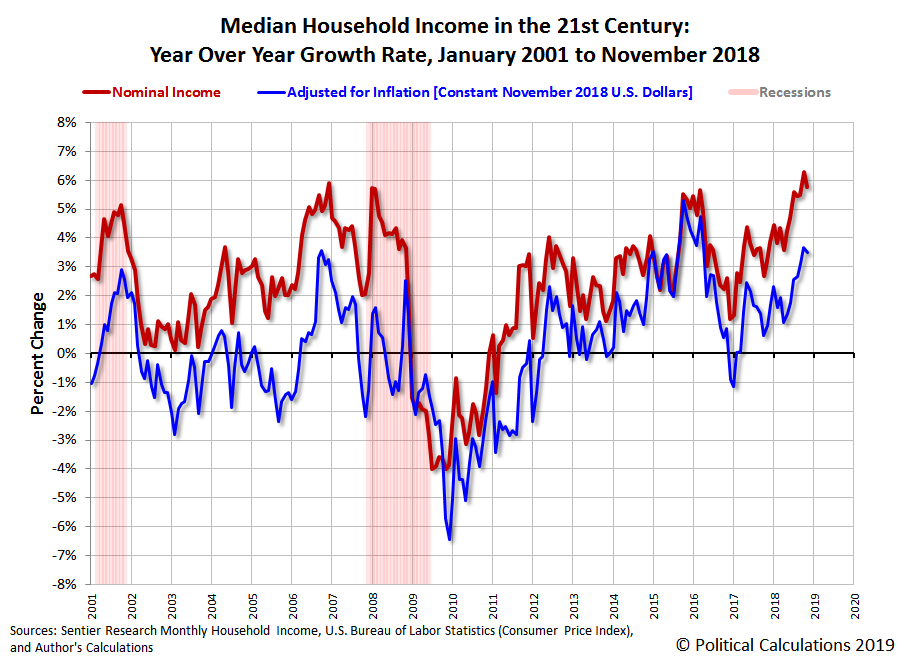 Overall, with just December 2018's data left to be processed to close out the year, it appears that 2018 is set to become one of the best years ever for income gains for typical American households.

Closing out 2018 may be delayed because of the partial government shutdown, should it persist well into January 2019, where the federal agencies that produce the data both Sentier Research analyses and that we use in crafting our alternate estimates are both considered to be non-essential.