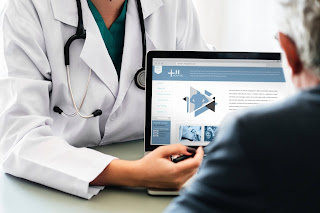 If your health insurer offered you cash to choose a less expensive provider for medical treatment, would you take it?

That's a question whose answer has the potential to reduce the cost of health care, which was investigated by Christopher Whaley, Lan Vu, Neeraj Sood, Michael Chernew, Leanne Metcalfe and Ateev Mehrotra, whose findings were recently published in Health Affairs. Here's the abstract of their paper:

Employers and insurers are experimenting with benefit strategies that encourage patients to switch to lower-price providers. One increasingly popular strategy is to financially reward patients who receive care from such providers. We evaluated the impact of a rewards program implemented in 2017 by twenty-nine employers with 269,875 eligible employees and dependents. For 131 elective services, patients who received care from a designated lower-price provider received a check ranging from $25 to $500, depending on the provider’s price and service. In the first twelve months of the program we found a 2.1 percent reduction in prices paid for services targeted by the rewards program. The reductions in price resulted in savings of $2.3 million, or roughly $8 per person, per year. These effects were primarily seen in magnetic resonance imaging and ultrasounds, with no observed price reduction among surgical procedures.

The American Council on Science and Health's Chuck Dinerstein was less than impressed by this outcome, where he notes that insurance policies that aim to motivate patients to seek lower cost treatment to avoid cost penalties appear to be more effective in directing patient choices than offering the gains of small rewards:

What might we conclude? First, even with price tools and now rewards, patients do not choose medical care by price. When they do consider cost it is more often for imaging, a “service” that seems more of a commodity, than surgery that is more a bespoke service or relationship. There is a term for this, the elasticity of price – how your demand changes with rising and lowering prices. It should be no surprise that healthcare is inelastic; higher prices do not automatically result in less utilization. Healthcare for all the effort is still not viewed as a commodity, although that is changing for “low touch” services like vaccinations or minor injuries where experience and relationship are not often considered.

The studies of reference pricing, where you pay the cost over and above, what the insurance deems usual and customary, has resulted in savings of 15%. But that model supports healthcare disparities, creating tier of care based on ability to pay more. The carrot of a reward program, saving 2%, seems to be ineffective in the continued presence of high deductible and co-payment sticks. As the debate about pharmaceutical prices intensifies, keep those 2% savings in mind. It seems a lot closer to how we actually behave than the wave of the hand political promises of greatly increased saving from price transparency.

Aside from price elasticity, the relatively small influence of monetary awards over penalties can largely be chalked up to a real world application of prospect theory from behavioral economics, which is perhaps better known as loss-aversion theory. Here, when people are given a choice where they can either experience a gain or avoid a loss of equivalent value in taking a risk with equal probability, most will choose to avoid the loss. The following video from the Khan Academy explains the concept:


With medical treatment, the patient's psychological stakes may be much bigger in making their decisions depending upon their perception of the seriousness of the procedure, which may account for why so many were less willing to choose lower cost options for surgery than they were for the more "commodity-like" MRIs.

It would be really interesting to find out what reward level might be needed to equalize the outcomes for savings between the stick and the carrot approach. Better still, would an insurer accept breaking even on the early transactions it might use to steer patients toward lower cost treatment options in the carrot approach if it could succeed in establishing long term relationships between its covered patients and those qualified providers that would save them money in the long run? Then for its customers who prefer higher cost treatment options, allow them to keep utilizing them, but for a higher cost that matches their expense with their preference. If that doesn't trigger their loss aversion instinct, at least the cost of it would be covered....

That would be the game theory solution. Of all of economics, the behavioral branch is perhaps the most dismal, which is saying quite a lot!

On a lighter note, we'll close with a relevant editorial cartoon from more than 100 years ago!...