The market for new homes in the U.S continued to surge in September 2020, with the trailing twelve month market cap reaching levels not seen since the days of the first housing bubble. 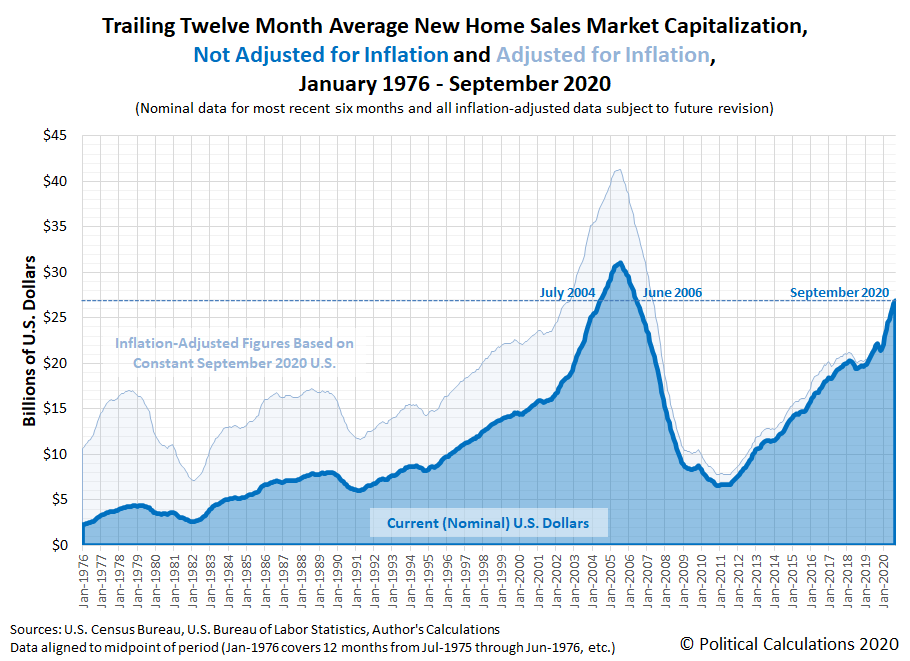 The story is similar after adjusting for inflation, although here the first bubble period with higher national new home market caps stretches between December 2002 and April 2007.

Much of today's demand is being fueled by American families seeking to escape corrupt cities that permitted sustained breakdowns in public order during the summer of 2020, sparking sharply increased demand in the U.S. market for new homes. That demand has combined with the lowest mortgages rates on record, which enabled American households to afford significantly higher priced homes.

The result of this combination of factors has produced a surging market for new homes in the U.S. in 2020. That market is providing a tailwind for the nation's economy and its recovery from the worst of the coronavirus recession.