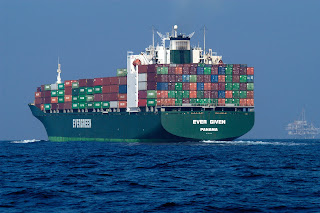 GDP, or if we spell it out, Gross Domestic Product, is the primary measure the economic activity within a nation. Mathematically, it is the sum of all consumer and government spending on goods and services, business capital investment spending and the value of the nation's net exports (exports minus imports) for all the goods and services produced within a nation's borders.

When most people think of these things, they think of tangible items. As consumers, many can see themselves buying a cup of coffee or getting a haircut. As taxpayers, you can see the government buying airplanes or contracting to fix a pothole. As business owners, or just people who work at businesses, you can see the business making capital investments, such as buying a computer or expanding a facility. Where net exports are concerned, you can see container ships in ports being unloaded and reloaded.

But did you ever think that one of the United States' fastest growing exports might not be something you can see and touch? The New Republic's William Galston writes (HT: Craig Newmark), emphasis ours:

Several days ago, the Congressional Budget Office (CBO) released its preliminary analysis of the fiscal impact of the president’s FY2012 budget proposal. Its findings were not pretty. In no year between now and 2021 would deficits fall below 4 percent of GDP. Over the next decade, enacting the president’s proposal would create deficits totaling $9.5 trillion, $2.7 trillion more than the cumulative deficit in CBO’s baseline budget. Federal debt held by the public would double from $10.4 trillion to $20.8 trillion, 87 percent of GDP, and annual interest on the debt would rise from 1.4 percent of GDP to nearly 4 percent. Even if the share of the debt held by foreign investors and governments does not increase over the next decade, CBO’s projection suggests that we’ll be shipping fully 2 percent of our GDP (almost $500 billion) overseas each year by the end of the decade, just to pay the interest on foreign holdings of U.S. government debt.

We wonder if the U.S. government's leaders have really considered what the consequences of continuing that kind of trade imbalance fueled by its excessive spending might be.

But the desire to continue that level of excessive spending might perhaps explain the real purposes behind President Obama's recent vacation/official visit to Brazil.

Here, the President traveled to Brazil for the stated purpose of promoting U.S. exports to the largest nation in South America to help create jobs in the U.S. But once there, he made it very clear that he was looking forward to importing more oil from Brazil, which has substantial oil reserves in deep waters off its coast.

Meanwhile, his administration has used its regulatory powers to inhibit U.S. offshore oil production, which is costing U.S. jobs.

That doesn't make sense, does it? The President's trade and energy policies would seem designed to lower both U.S. GDP and employment levels.

And that doesn't make sense, at least until you factor in what the President is really seeking to export to Brazil in this trade: U.S. government-issued debt.

As it happens, after China, the nation of Brazil has become the fastest growing foreign holder of U.S. government-issued debt during the past decade. In fact, it has grown from having U.S. debt holdings so insignificant among all foreign holders of the U.S. national debt that the U.S. Treasury didn't list the nation separately until 2002. As of the end of 2010, it owned 1 out of every 24 dollars of the U.S. national debt owned by foreign entities - an ownership share that will only grow thanks to the outcome of the President's trade mission. 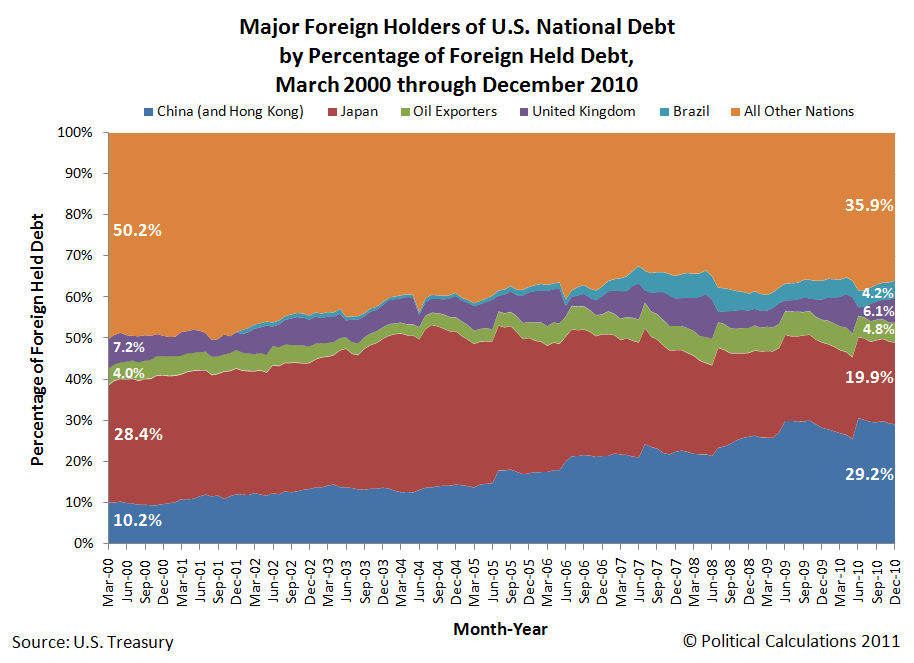 Brazil has been able to rapidly grow its holdings of the U.S. national debt from virtually nothing to become the fifth largest foreign holder of that debt thanks to the United States' growing trade deficit with the South American nation. To balance the books of the international trade, Brazil has been making up the growing shortfall in what the U.S. exports to it through regular trade by buying up U.S. Treasury securities in growing amounts.

What the President would appear to be hoping to achieve in his apparent combined trade, energy and national debt policies is continued inflow of fiscal support for his excessively ambitious spending agenda, upon which his political position relies. Fiscal support that he also needs to help offset the power that the nation of China has gained over the U.S. through its U.S. government-issued debt holdings, which it demonstrated for the Obama administration in December 2010.

And thus, we find that President Obama's trip to Brazil was indeed all about American exports and jobs. It's just that America's exports aren't what you might have thought they were and the jobs being "created or saved" are those of his cronies and his own.