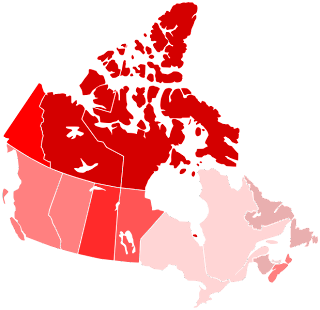 Yesterday, we suggested that Canada's apparent reduction of 1 homicide victim per 100,000 people that might be attributed to Canada's more restrictive gun control laws as compared to the United States was perhaps overstated.

Unlike shooting, these methods of murder require far more physical energy and time on the part of the offenders to kill their victims. So much so that it is more likely that the victims of these kinds of assaults might be able to survive the effort to kill them than a shooting victim is able to survive being shot.

One consequence of this greater difficulty for offenders to kill their victims through these kinds of violent assaults is that Canadian homicide statistics will not fully reflect how close some of the victims who survived being assaulted this way may have come to actually being killed.

To get a better sense of that factor, we returned to Canadian crime statistics and the U.S. WISQARS non-fatal injury database to compare each nation's relative levels of nonsexual and nonfatal assaults. The raw numbers we found for both nations are presented in our first chart. 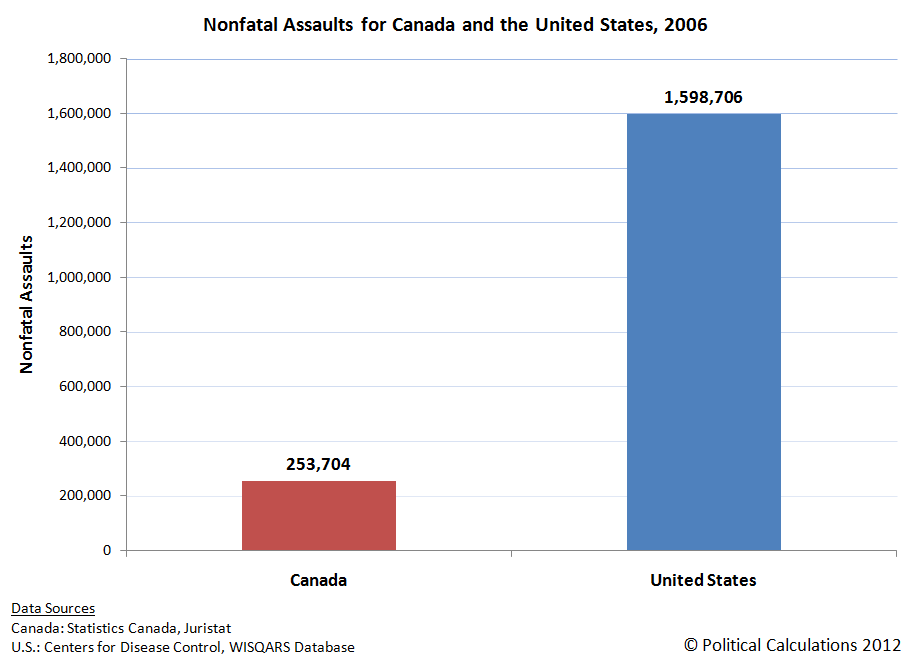 We next calculated the nonfatal assault rate per each 100,000 people for each country's entire population.

Update 31 December 2012: The original version is here, which was based on Canada's total nonfatal, nonsexual assault totals with a different estimate of Canada's population. 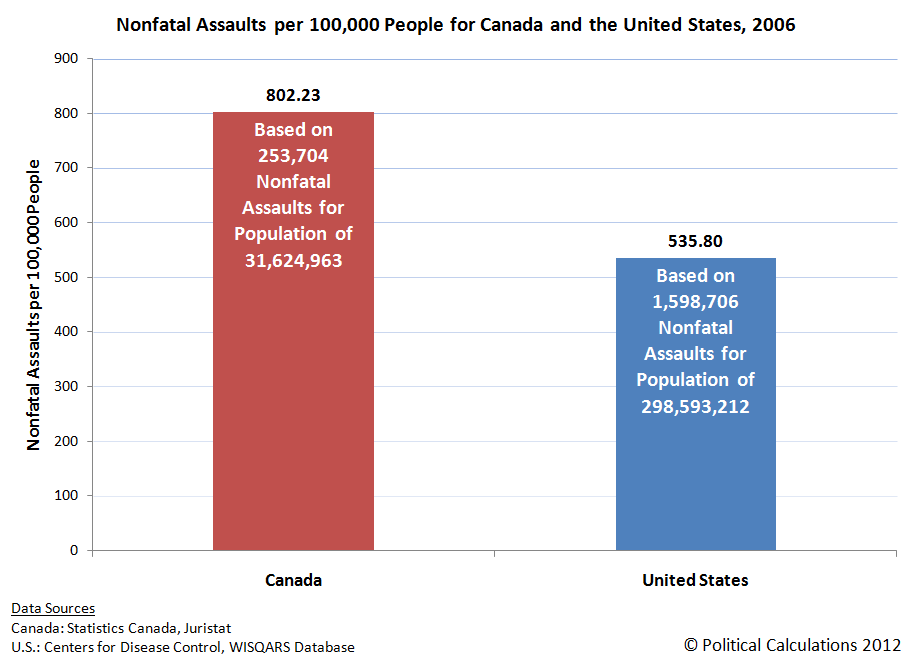 Since the WISQARS nonfatal injury data cannot be broken down by U.S. racial and ethnicity classifications as the database's fatal injury data can, this is as far as we can take the analysis. However, it is far enough to draw the conclusion that Canadians are assaulted at far higher rates than are Americans.

The only question then is what fraction of this much higher level of violent assault might account for victims being effectively "left for dead," but who instead manage to survive from the injuries inflicted upon them by their assailants?

We'll observe that it would only take 1 out of those 770 802 assaults per 100,000 Canadians to qualify as being that severe to fully make up the difference between Canadian and U.S. homicide rates per 100,000 inhabitants, at least among the portion of the U.S. population most demographically similar to Canada's population.

That very small fraction then suggests that Canada's gun control restrictions provide very little benefit to Canada's citizens. And if firearm possession should turn out to be a deterrent to physical assaults, Canadians may indeed be considerably worse off.