How does the United States and Canada really compare to each other when it comes to the murderous impulses of each nation's population? And how does it really compare when we take the nations' primary racial and ethnic differences into account?

Let's answer the first question by tapping the data that applies for the year 2006, which in addition to being a pretty typical year for Canadian homicides, is also the most recent year in which Canada conducted a full census of its population. Our first chart reveals what we found when we dug into both Canadian and U.S. homicide statistics for that year: 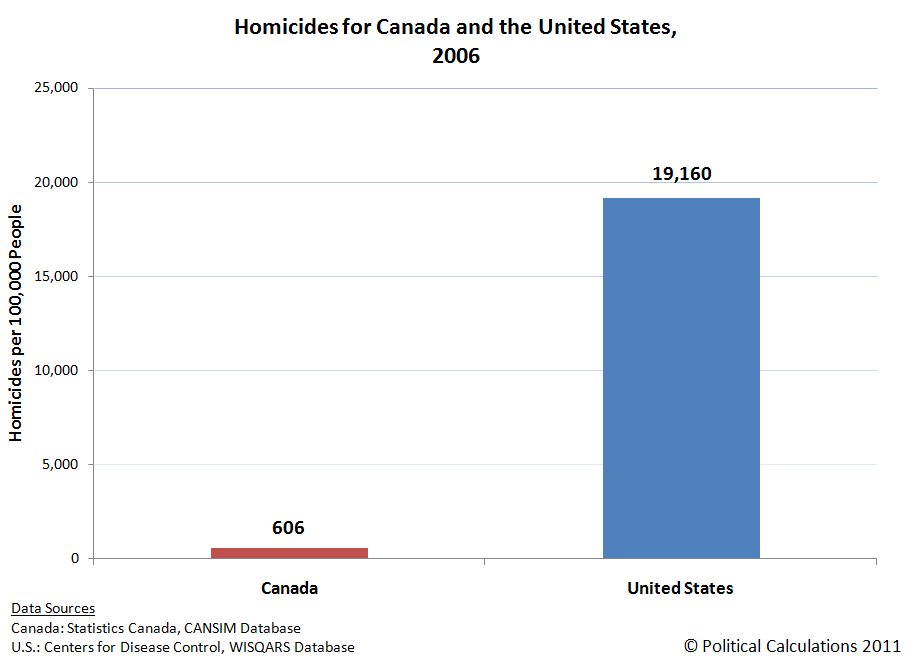 In 2006, Canada saw 606 homicides, while the United States experienced 19,160. Let's next take the relative sizes of each nation's population into account by finding the number of homicides in each country for each 100,000 people. 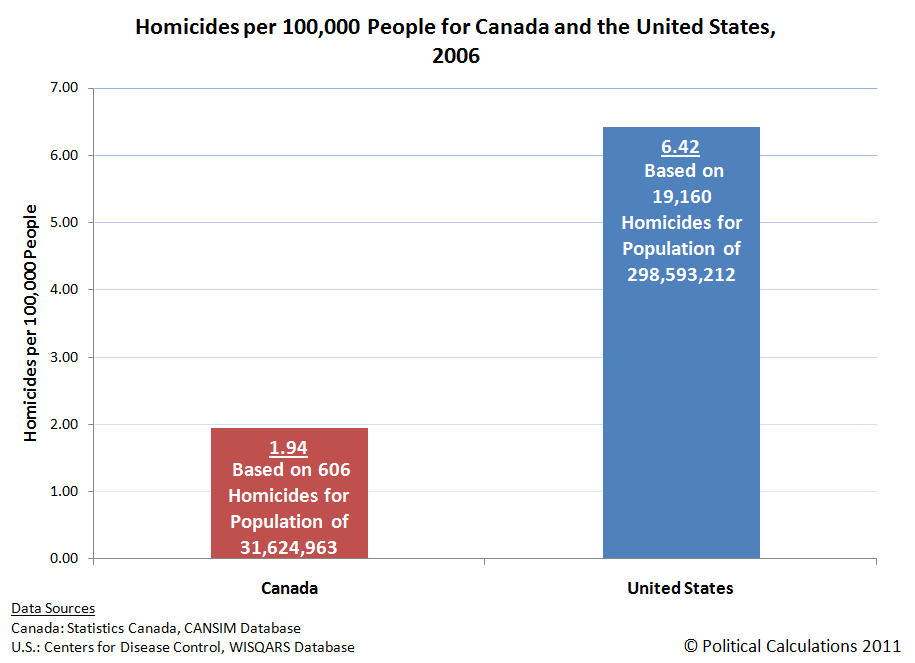 That's important because of the pattern we found in the United States for who kills who. Here, we found that the vast majority of the offenders in homicides are of the same race as their victims. Because the United States has very large minority populations (blacks and Hispanics) which are largely absent in Canada, we must exclude the numbers of homicides of black and Hispanic victims from the U.S. totals to make a much more accurate apples-to-apples kind of comparison of U.S. homicides with Canadian homicides.

The chart below reveals what we found when we compared Canadian homicides with the portions of the U.S. population that most closely resembles the Canadian population: 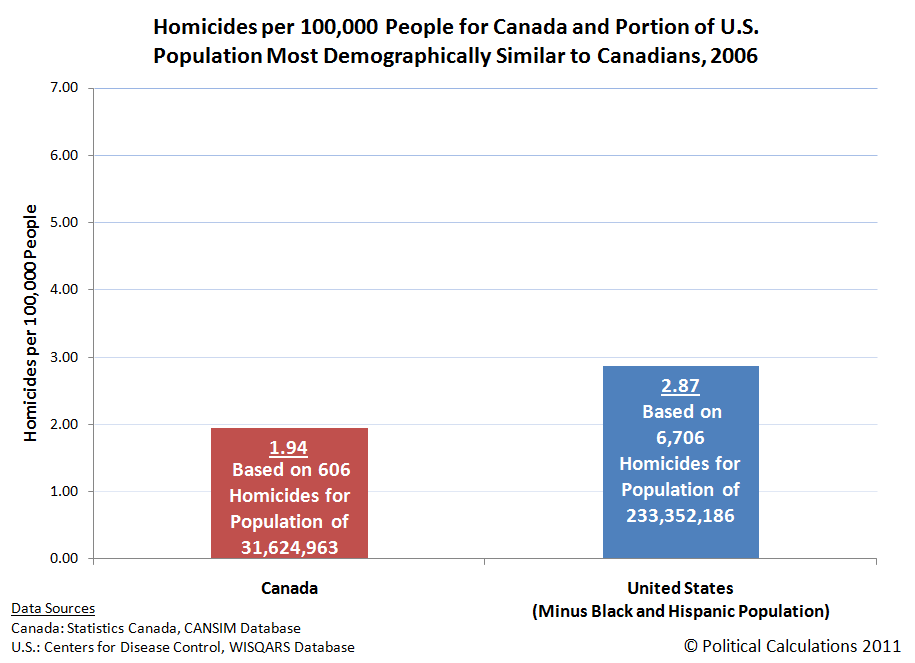 To put that in perspective, if Canada had the demographically-adjusted U.S. homicide rate of 2.87 per 100,000, it would see an additional 292 homicides per year. Meanwhile, if the portion of the U.S. population that most closely resembles the demographics of the Canadian population had the Canadian homicide rate of 1.94 per 100,000, the United States would see roughly 2,180 fewer homicides per year in this portion of its total population.