Through the end of Fiscal Year 2015, back on 30 September 2015, we estimate that the ratio of the United States' total public debt outstanding to the nation's median household income is approximately 263%. While down slightly from its peak of 267% in 2014, that figure is up considerably from the 170% of median household income that was recorded at the end of Fiscal Year 2008. 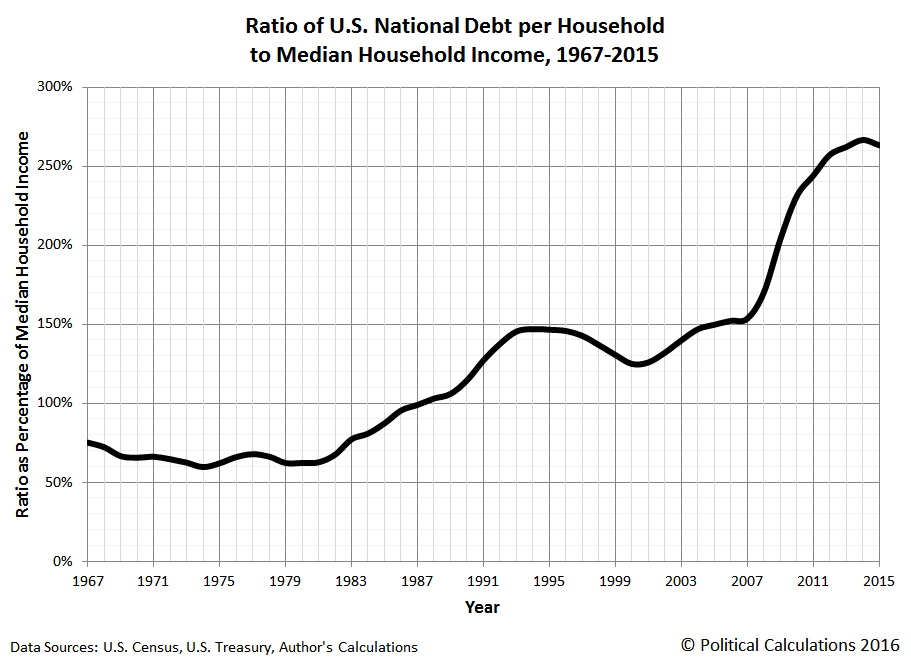 The next chart reveals the evolution of the U.S. national debt per household from 1967 through 2015, presenting it in both nominal current year dollar terms and in terms of inflation-adjusted, constant 2015 U.S. dollars. Measured this way, through the end of the U.S. government's 2015 fiscal year, the amount of the national debt burden per U.S. household was $144,526. 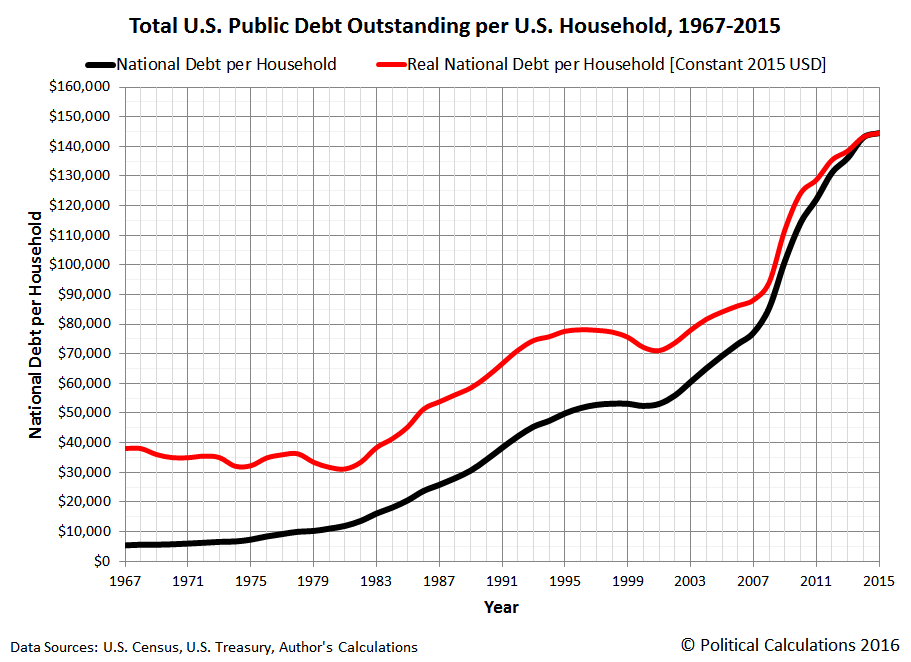 Meanwhile, the cause of the dramatic escalation of the national debt burden per U.S. household over time may be identified in the following chart, which graphs the trajectory of the U.S. national debt per household against the U.S. median household income. 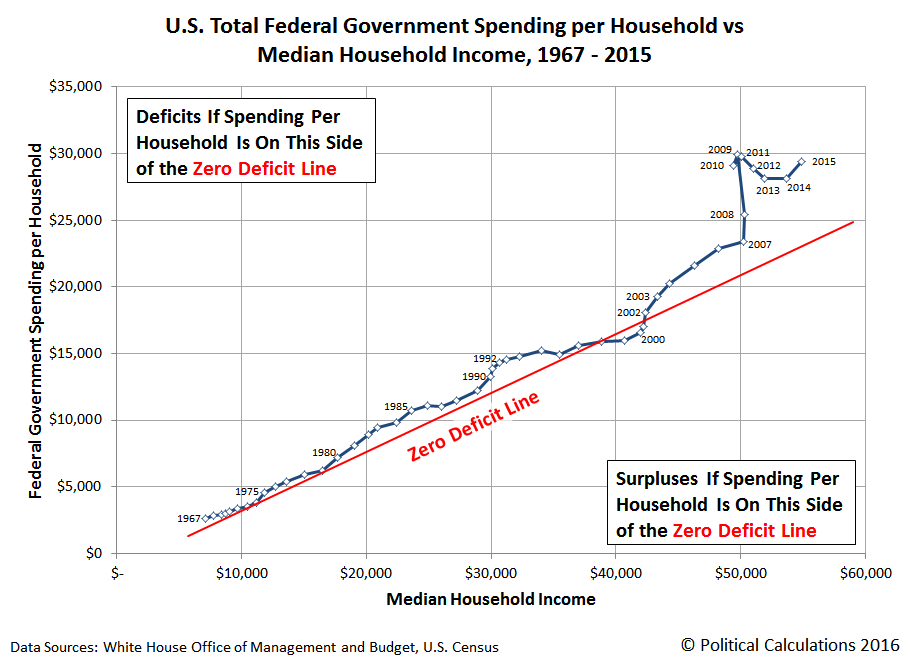 The Zero Deficit Line approximates the level of federal government spending per U.S. household that Americans can really afford, which for 2015's estimated median household income of $54,900, is approximately $23,204 per household.

Note: We've projected the estimates of 2015's median household income and number of households from available data. As projections, these figures will be subject to revision when the U.S. Census Bureau officially reports these figures for 2015 in September 2016.