Political Calculations
Unexpectedly Intriguing!
February 24, 2015
In Which We Provide Forward Guidance to the Fed

Of all the things we never expected to find ourselves doing, providing policy guidance to the Federal Reserve is probably at the top of the list.

That's all the more unexpected because we've never had any contact with any official at any level of any branch of the U.S.' central banking institution. 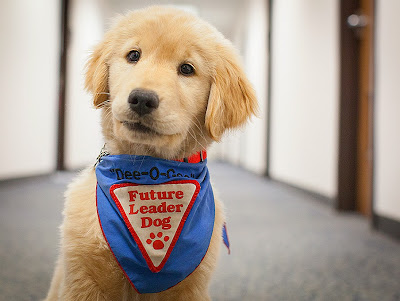 And yet, if you listen to the things that a number of the Fed's most influential officials have been saying, you'll find our fingerprints all over them.

It all begins with some key observations and insights we've offered over the years. On that count, our having quantified how the action of investors collectively shifting their forward looking focus from one discrete point of time in the future to another point of time in the future can influence otherwise inexplicable changes in stock prices is likely our major contribution, followed by our observation that the Fed was using stock prices to assess the effectiveness of its monetary policies.

Those two things together allowed us to identify and quantify mistakes made by top Fed officials as they attempted to provide forward guidance to markets. And that, in turn, allowed us to describe how they could repair the damage and more effectively use forward guidance as a monetary policy tool by emphasizing the timing of when the Fed will implement changes using its more traditional arsenal of tools.

The Fed was listening. Now they're applying the lessons they've gleaned from our observations and suggestions.

Over the last several weeks, we've been observing, with increasing frequency, the statements of highly influential Fed officials who have gone out of their way to set the expectation that the Fed will begin hiking short term interest rates above its current 0-to-0.25% level by the end of the second quarter of 2015.

And we know that forward guidance has been effective because of the trajectory that U.S. stock prices has taken during these last several weeks, which becomes even more clear after our simple adjustments to account for the past volatility of U.S. stock prices, which we use as the base reference points from which we can otherwise project future stock prices within a relatively narrow range of noise. 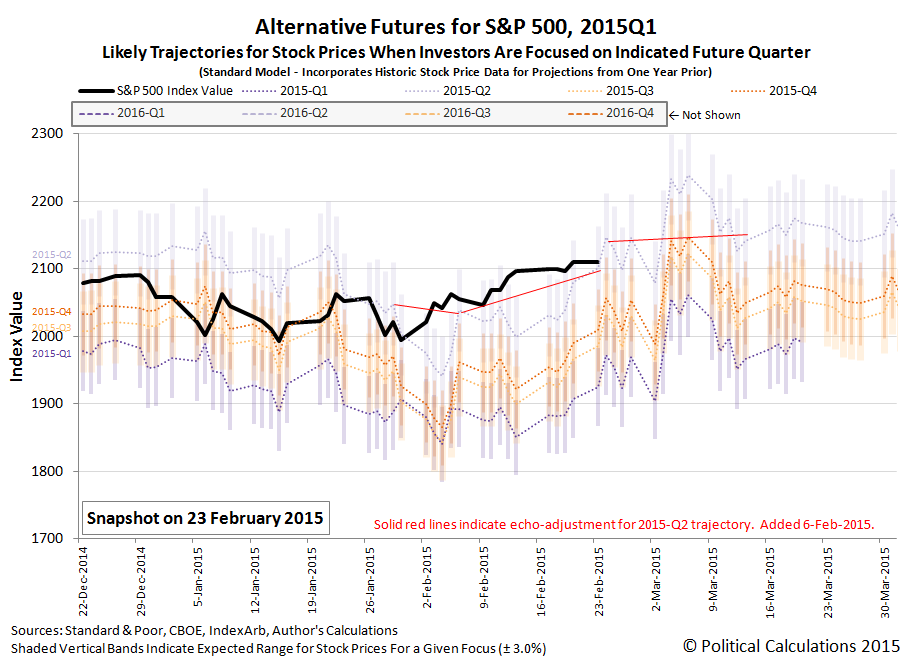 Provided, of course, that we know just how far investors are peering into the future when they make their investment decisions today, which is why we show each of the likely trajectories for investors focused on any of the next four quarters ending in the future. And that's where the Fed's forward guidance efforts come into play, because the Fed's outsized ability to affect interest rates can affect how far forward in time investors look from the present, which then tells us which future trajectory to follow. At least while investors aren't distracted by the alternative futures. 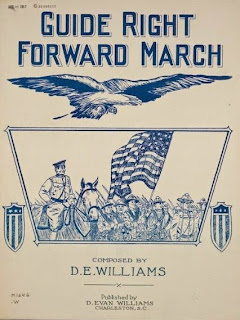 The way that works is that when the Fed says it is going to do something by the end of a certain time period, investors will adapt their investments to be consistent with the expectations for the investment returns that associated with that period of time in the future. We can then tell from the actual trajectory that stock prices follow how tightly investors have set their forward looking focus on the quarter that coincides with the anticipate action on the part of the Fed.

That's the way in which the Fed's forward guidance has been shaped and made more effective, even at the so-called lower zero bound, by our insights and what the Fed has absorbed from our guidance of how to better employ this tool. As long as the Fed's action is considered to be credible given the current state of economic affairs, the Fed can use the model we've developed of how stock prices work as a means of assessing the degree to which markets have bought in to the Fed's preferred policies.

Here, the greater the deviation from the projected trajectory associated with the future point of time to which the Fed has directed investors, the more statements or actions using the other tools the Fed has available to it will be needed to bolster the credibility of its preferred policy. If the gap can't be closed after all that, that provides the indication the Fed needs that it should pursue a different, and more credible, policy.

The best part? It doesn't matter if you've never heard of us or even believe any of what we've just described is possible. It is the way the world works, whether you like it, understand it, or not.

As for what good this does, if you happen to be an investor or just someone who needed more economic stability before you could justify proceeding with plans to expand your business or investments in today's world, you've benefited from the Fed's more effective implementation of its forward guidance policy. As for us and our role in providing guidance to the Fed in implementing those forward guidance policies since mid-2013, you're welcome.