Political Calculations
Unexpectedly Intriguing!
December 6, 2019
Cashing Out of the S&P 500 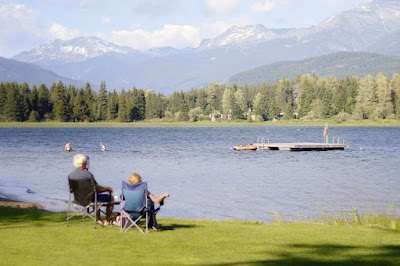 Have you been saving for retirement and are now ready to retire? What would happen if you withdrew a fixed percentage of the value of your retirement investment once a year for the rest of your life, if that investment was in the S&P 500? Would that provide enough money to pay for the things you might want to buy with it after you no longer have an income from a job? Or might market volatility force you to reconsider your options?

These are difficult questions to answer, because the future is very much an undiscovered country, where chaos controls both the timing and magnitude for when and how much market volatility might erupt.

But if we assume the unfixed future might be like the past, we can test how well a strategy to only withdraw a fixed rate of money from such an investment would have fared using the S&P 500's rich history of data during its most turbulent episodes.

And that's what we've done with our latest tool, where you can see how well you could count on your investment in the S&P 500 would have fared for up to 40 year long periods if you had chosen to retire in any month between January 1871 and 40 years before the present* while fully reinvesting your dividends along the way. If you're accessing this article on a site that republishes our RSS news feed, please click through to working version of the tool at our site.

For our tool's default settings, we've chosen September 1929 as the time of the first withdrawal, because this month immediately precedes what happened with the U.S. stock market at the onset of the Great Depression. If your S&P 500 cash out strategy can survive the sustained series of disruptive events that followed this month and provide sufficient funds to support your needs, you can reasonably expect to weather any lesser event.

For good measure, you might also want to consider how your retirement might fare if a market crash occurred well after you've retired. You might choose a date that includes the years of the Great Depression or you could choose the more recent disruptive event of the Great Recession of 2008-2009 by selecting a starting year in the range of the late 1960s through the late 1970s. The maximum length of time the tool will consider for your S&P 500 withdrawal strategy is 40 years.

* Like our S&P 500 At Your Fingertips and Investing Through Time tools, we plan to periodically update this tool, with the first update in the first quarter of 2020 after the S&P 500's data for 2019 is finalized, and then once a year afterward, which will allow us to roll in new 40-year long periods.

The tool above really doesn't say anthing about what a "safe withdrawal rate" for you may be. For that kind of insight, do check out the following resources on the topic, which you might find useful.

Where our tool is concerned, so long as you select an annual withdrawal percentage rate of less than 25.0%, your investment will effectively last forever because there will always be some fraction remaining in your investment from which you can withdraw some percentage of it in future years, even though the withdrawal amounts may become vanishingly small, which can be considered the investment math version of one of Zeno's paradoxes.

In practice, you may find it extraordinarily difficult to resist raising the percentage of your investment that you cash out in years where market volatility might crash the amount you would withdraw if you otherwise maintained a fixed percentage rate of withdrawal, where you would intervene to reset that withdrawal rate because you've come to value having cash today more than whatever potential investment value you might have tomorrow. If you need cash to cover your living expenses in retirement or in times of severe economic distress, where your ability to earn income is very limited, it's very understandable.

Our tool can accommodate that kind of decision making. Just update it with the value of your investment at the starting month where you would need to adjust your withdrawal rate, and see what happens next. Then adjust it again at later dates as you might need.