There are few products as iconic as Campbell's Condensed Tomato Soup. Since being invented in 1897 and introduced to American consumers in 1898, Campbell Soup (NYSE: CPB) has produced, marketed, distributed, and successfully sold billions of Number 1 cans filled with condensed tomato soup.

Political Calculations has compiled the price history of Campbell's Condensed Tomato Soup going back to January 1898. We've tracked the price of Campbell's iconic tomato soup over the past 124 years because of its remarkable consistency as an identifiable product over time. In fact, if you had a time machine and could travel to nearly any point in time from January 1898 to the present, you could likely find a 10.75 ounce size can of Campbell's condensed tomato soup stocked for sale in American grocery stores.

That long-running consistency makes Campbell's Condensed Tomato Soup an ideal product to follow to understand how inflation has affected American consumers through its history. Today, we're updating our chart visualizing that history from January 1898 through January 2022. 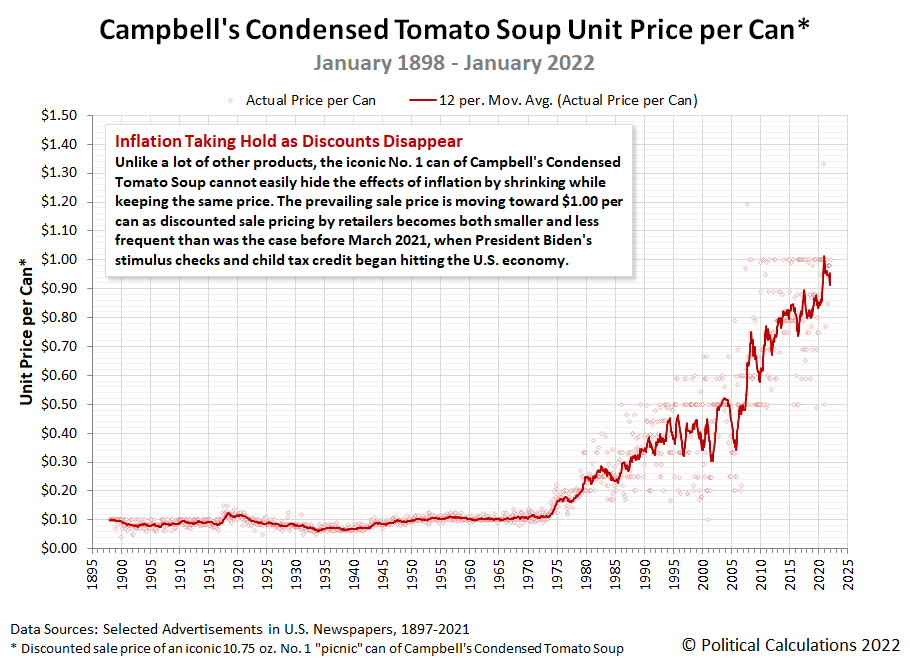 In January 2022, we find the prevailing sale price is moving toward $1.00 per can as discounted sale pricing by U.S. retailers has become both smaller and less frequent than was the case before March 2021, when President Biden's inflation kicked off, fueled by the stimulus checks and advance child tax credit payments he implemented after coming into power.

That's ten times the original price American grocery shoppers paid when the Campbell company began selling their just-invented condensed soup products in 1898. Because its price history spans a full order of magnitude, showing the price history in logarithmic scale gives a better sense of how much and when inflation has affected the prices American consumers pay for Campbell's Condensed Tomato Soup. 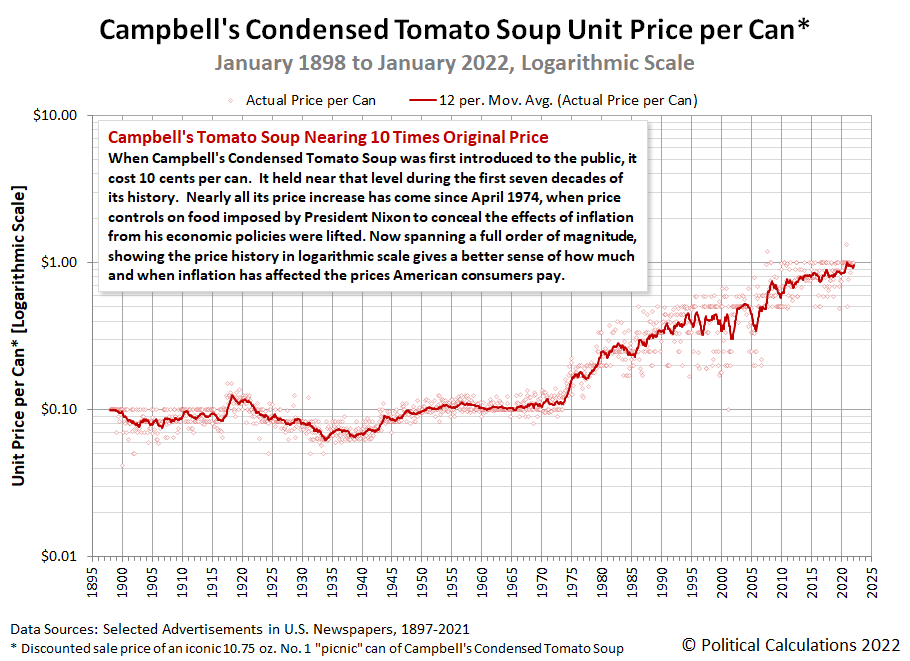 Speaking of what American consumers are seeing when they go shopping for tomato soup in January 2022, many are seeing empty grocery shelves. The following two photos were snapped at the same Walmart location one week apart earlier in the month. They show the regular shelf spaces for where shoppers would expect to find Campbell's tomato and chicken noodle soups. If they're in stock, which you'll see was not the case on 7 January 2022, but were on 14 January 2022, though supplies on the later date were limited. 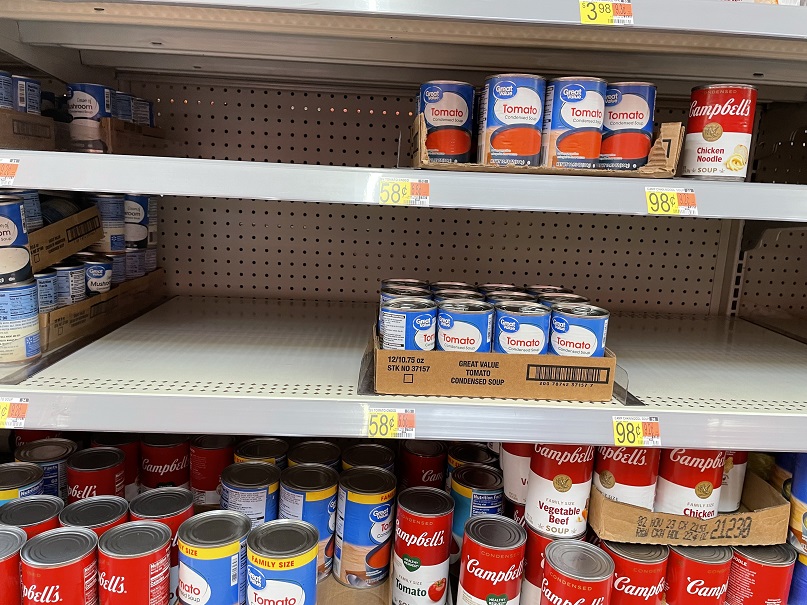 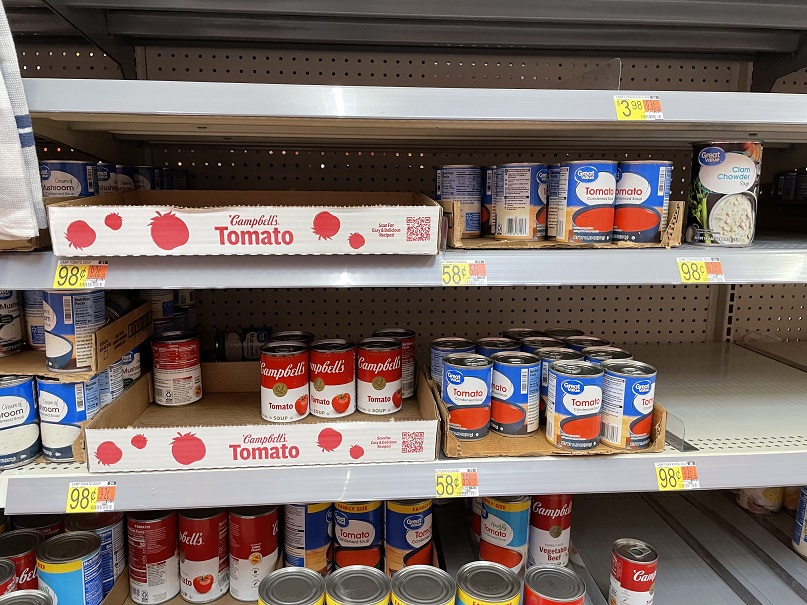 During soup season, Walmart will often have a special aisle-display for these soups. That was not the case on either of the dates these photos were taken. What these photos indicate is that Walmart, the largest food retailer in the U.S. by volume of sales, is having trouble keeping its shelves stocked with Campbell Soup's top two-selling soups. That's not the case at other grocery stores in the same area, which shared one characteristic: their shelf prices for Campbell's Condensed Tomato Soup are higher than Walmart's $0.98 per can price.

Update 23 January 2022: Our field correspondent reports the Walmart location whose shelves are pictured above succeeded in more fully restocking its supply of Campbell's condensed tomato and chicken noodle soups.

We're also not seeing the same kinds of discounted sale pricing we observed a year ago. The absence of discounts confirms the presence of inflation for Campbell's tomato soup that wasn't present a year ago.

Political Calculations' analysis of Campbell's Tomato Soup dates back to 2015! Along the way, we've filled in the gaps we had in the historic price data and have explored America's second-most popular soup from a lot of different angles.